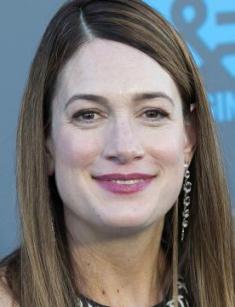 Gillian Flynn is a famous American writer and screenwriter who creates psychological thrillers. She is well-known for the cult novels: "Gone Girl, " "Sharp Objects," "Dark Places," and "The Grownup."

Gillian Flynn was born on February 24, 1971, in Kansas City, located on the western border of the state of Missouri. The future writer was raised in an intelligent and creative family, and her parents worked at college. Mother Judith Ann was a reading-comprehension professor, and her father, Edwin Matthew Flynn, was a film professor. Gillian also has a brother, Travis, who is a railroad machinist.

There are rumors that Flynn was a timid child and an introvert. The girl preferred watching comics, reading books, and sometimes writing stories to communication with people. When Gillian became older, she and her father liked watching horror films from classic horror stories about bloodthirsty zombies to action-packed slasher movies, featuring such fictional maniacs as Freddy Krueger or Jason Voorhees.

It is known that the future writer attended Bishop Miege High School, a Catholic private school, until 1989. During her studies, the girl worked as a promoter. She dressed up as a giant "yogurt cone who wore a tuxedo," walked the streets, attracting potential buyers. After graduating from high school, Gillian became a student at the local University of Kansas, where she received a bachelor's degree in English and journalism.

After graduation, she worked for a local magazine and then moved to the largest city in the USA, Chicago, where she earned a master’s degree in journalism.

Flynn dreamed of working as a police reporter who went to hot spots, wrote shocking stories of crimes, and participated in complex investigations. However, Gillian soon realized that it was not her vocation, so she moved to New York City, where she began her career at Entertainment Weekly, a magazine that covered movies, television, series, books, and popular culture. Gillian worked as a television critic and wrote her column about films at EW for ten years.

It is not surprising that Flynn's first book "Sharp Objects," released in 2006, became a bestseller overnight. It is noteworthy that Stephen King, who is often called the "King of Horror," appreciated the debut work of Gillian, and the writer won in two categories at the prestigious Crime Writers' Association Awards (2007).

“Sharp Objects” centers on a journalist who tries to make a splash, and a ruthless maniac who kills little girls. The story is set in a quiet town, which inhabitants keep an ominous secret. It seems that the writer tells about the most typical topic that has been discussed in the literature and cinematography for centuries, but Gillian managed to do it in an exciting and original way. Therefore, lovers of crime stories plunge into this novel, trying to disclose all the secrets of a serial killer.

“Dark Places” (2009) is the second novel in the career of the American writer. It is filled with depression, suspense, despair, cruelty, and fear. The main character of the book, Libby Day, experienced a tragedy in her childhood. At night, her mother and two sisters were ruthlessly killed, and her elder brother, Ben Day, who practiced occultism, was accused of the murder. However, the police could not prove the guilt of the guy, and many years later, Libby decided to reopen the investigation. Gillian conveyed the gloomy atmosphere so brilliantly and described the scenes of the murders so accurately that it made some readers’ blood curdled and their skin crawled.

In 2015, the book “Dark Places” was adapted into a feature film by Gilles Paquet-Brenner who shot the movie of the same name, starring Charlize Theron, Nicholas Hoult, Christina Hendricks, Chloë Grace Moretz, and other actors. It is worth saying that the adaptation of the French director did not catch the fancy of all movie lovers who had read Gillian’s psychological novel before the premiere. Some critics believed that the beautiful actress, Charlize, was not associated with the title character, Libby Day, who was lazy, clumsy, felt that she had been wronged and lived on doles. According to some critics, the creator of the thriller also failed to convey the atmosphere of horror and missed many details.

In 2012, Gillian published the third best-selling book “Gone Girl,” earning Flynn many remarkable awards. The story revolves around a girl who has disappeared in mysterious circumstances. Her husband became the main suspect in this sticky case due to her diaries that the police have found. In 2014, David Fincher directed the action-thriller “Gone Girl,” based on Gillian’s book, starring Ben Affleck and Rosamund Pike.

By the way, the writer admitted that while working on the novel, she imagined all the scenes as if Fincher shot the movie. Therefore, when the director said that he was ready to make this film, Flynn could not believe it for a long time:

“When David said it, I wanted to slap my face. I could not believe that I was so lucky!” The writer admitted in an interview.

In 2015, Gillian pleased her fans with the book “The Grownup” which earned her the Edgar Award. This story tells about a woman who pretends to be a clairvoyant. So, she makes a living, hoodwinking naïve people. Of course, the title character could not miss the opportunity to scoop a large profit, having learned the story of Susan Burke, who has become convinced that some malevolent spirit is inhabiting her old house.

Although Gillian likes to write terrible psychological stories, in real life, she is a very happy and bright-eyed person. At least, she seems so in interviews with journalists.

Flynn is known to be married to successful lawyer Brett Nolan. They met through a grad school classmate at Northwestern University. The writer admitted that the husband is her source of inspiration. Brett is her main reader, who knows the stories even before the official publication. In 2010, she gave birth to a son, and in 2014, their daughter Veronica was born.

In 2017, director Jean-Marc Vallée began shooting the TV series Sharp Objects, based on the novel of the same name by Gillian Flynn. Amy Adams, Jackson Hurst, Catherine Carlen, Reagan Pasternak, and other actors have participated in it.

Gillian Flynn has a net worth of $12 million.