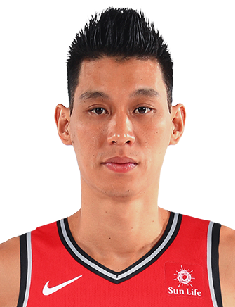 As the first player of Chinese origin to play professional basketball in the National Basketball League, Jeremy Lin is known to be a humble, God-fearing and family oriented guy. He is one of the few Asian-American players in the league. At the peak of his career, he was hailed as one of Time magazine's list of 100 most influential people in the world.

Born in Torrance, Los Angeles, Lin was a son of Taiwanese immigrants Lin Gie-Ming and Shirley Lin. They first lived in Virginia and then later moved to Indiana. Both of Lin's parents are Christians, which resulted to a huge influence on Lin's devotion to God. Both of Lin's parents are dual citizens of Taiwan and the U.S. He has two brothers namely: Josh, an older brother, and Joseph, his younger brother.

Lin's parents were very supportive of his chosen career. His father, Gie-Ming, was the one who taught him how to play basketball. They even started playing the sport in the local YMCA gym. His mother even helped bring opportunities to young aspiring basketball players by forming a National Junior Basketball program in Palo Alto. There are times when Lin’s mother was criticized by her own friends because she allows her son to play basketball a lot. But despite this, her mother continues to support him and even worked with his coaches to make sure that his son was doing well in both academics and sports.

Lin continues to pursue his basketball dream in college. Hoping for a scholarship grant, Lin sent his curriculum vitae and a short clip of his highlights during his high school career. Unfortunately, Lin wasn't able to obtain the sports scholarship from his dream universities, Stanford University and UCLA. The universities that he applied for only offered him a normal admission without giving any chance to be part of the university team. However, luck was in his side when he was offered by Harvard University and Brown University a guaranteed spot for their basketball teams.

Lin accepted Harvard’s offer and played for Harvard Crimson men’s basketball team. He immediately made his presence felt when he became part of All Ivy League Second Team. He continued to play well in his junior year and he was hailed as the only NCAA Division I player with a top-10 rank in his region’s conference. Lin finished his college career with an All Ivy League First Team award and a record of 1,483 points, with 487 rebounds, 406 assists, and 225 steals. Despite his stellar college basketball career, Lin did not let this affect his academic performance. He graduated from Harvard last 2010 with a grade-point average of 3.1.

After college, Lin decided to apply for the 2010 NBA draft. Unfortunately, he was not able to receive a major offer from any team in the league. Lin settled for Dallas Mavericks offer to play for their NBA Summer League Championship.

Lin did not waste the opportunity given to him and made the best out of it. He was able to grab the attention of multiple teams and was able to receive contract offers from them. Despite having better offers from better teams, Lin decided to sign a two-year contract from the Warriors on July 21, 2010. Also, Lin was able to sign an endorsement contract with Nike.

After a year of playing for the Warriors, Lin was waived by the management for a salary cap. He was signed by Houston Rockets but later waived again until the New York Knicks signed him and make him as the back-up of Toney Douglas and Mike Bibby. Due to injury problem, Knick's head coach was forced to use his back-up players against a major team such as Washington Wizards and Los Angeles Lakers. Lin was given a chance to prove himself once again and he did respond to this opportunity. He played a key role in their team wins against better opponents and even made a sensational performance in succeeding games. His sudden improvement in the game made him known to many NBA enthusiasts. He even has his own fan squad name called "Linsanity”.

Houston Rockets signed him again for two years after his contract with the Knicks ended. He was expected to perform well because of his previous performance with the Knicks. Lin wasn’t able to reach the expectation of the management after the 2012-2013 season but he bounced back and improved for the 2013-2014 season. Despite his improvement, the Houston Rockets decided to trade him to the Los Angeles Lakers. He was not able to adapt to the strategy imposed by the Lakers head coach Byron Scott. He struggled to perform well and ended his contract with the Lakers by missing five games due to an upper respiratory tract infection.

Lin was signed by the Charlotte Hornets for the 2015-2016 season. After a year, he decided to leave the team due to the team’s poor performance and signed with the Brooklyn Nets for the 2016-2017 season. It was a three-year $36 million contract. He played well for the Nets in the 2016-2017 season but suffered a lot of injury problems after that. He was not able to complete the contract and was traded to Atlanta Hawks on July 13, 2018.

Lin is a very family-oriented person. This was clearly observed when he chooses to sign with the team that is near to his house despite the fact that there are other teams that offer a better contract. He is a very God-fearing and religious guy. He even dreamt to be a pastor someday. Although he was a better person, his Asian descent didn’t exempt him from experiencing racial discrimination in a sport that is dominated by African-American players.

Lin gave back to the alma mater that gave him the opportunity to reach his dreams by donating $1 million. In terms of a romantic relationship, he was not known to be dating anyone at the moment.

Lin was also known to be selective in choosing which brand to endorse. He even declined several million dollars offer because according to him, "I do think my purpose is to play basketball, play well, and play for the glory of God.” He even said that sponsorship deals are just his second priority next to basketball. Lin's major endorsement deals include brands such as Volvo, Nike, Steiner Sports, and Adidas.