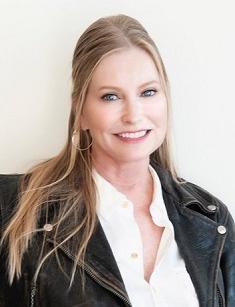 The talented nature of Lisa allowed her to done many hats during her professional career. She tried herself in dancing as well as in choreographing, directing, and writing. Besides, she is also known for her long-lasted relationship with the late actor.

She was born into a prominent family. Lisa was the only girl of six children. Her ethnicity is Finnish. As a child, she was good at swimming but had a passion for acting and dancing. She studied ballet and gained education of the professional dancer.

Her movie career started in 1975 when she tried herself in various fields. There were numerous movies to her credit. She worked as a concert dancer and reflected her rich experience in many movies, where she was a writer, director, and actress. She starred in the romantic drama alongside her husband.

Elisabeth also appeared on the TV series and directed her husband. The actress wrote a book which was co-written with her spouse. She finished the book after his death. The memoir became the best seller. In 2013 she released one more memoir.

Besides movie career and writing, she performed in the Broadway stage and got positive reviews both from the audience and critics.

When she was fourteen, she met the son of her ballet teacher. They started dating when she was fifteen and finally married. Her husband is the famous and beloved actor and dancer Patrick Swayze. They were together for 34 years before his death.

The couple pursued their careers as dancers side by side. Besides dancing jobs, they ran several businesses. The couple never had children. In the 1990s, Lisa suffered several miscarriages. They thought about the adoption of the child but, as a result, decided to leave it how it was. Sometimes the actor suffered from alcohol addiction. Once Lisa decided to leave him due to his problems with alcohol. The actor managed to apply for help and passed rehabilitation. The couple reunited and never split.

In 1985 she resided in a homestead near the national forest. The actress also has a 20,000-acre rancho in New-Mexico. Elisabeth is a licensed pilot and flew her husband till his death. She made much to help him in his fighting with cancer. As a result, her husband had won 22 months, which was a miracle taking into account the diagnoses which the actor had. The actress shared her feelings in the latest interviews:

"When you lose someone, you never stop loving them, and it' s—I feel like I have a different relationship with him now," she said, addressing the fact that they briefly split. "It's just, and he's not physically present, you know what I mean?"

She found love again in 2012 when the actress met a jeweler at a mutual friend's birthday party.