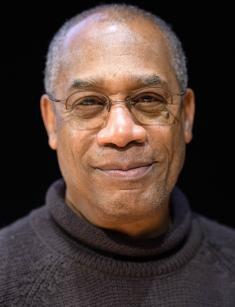 He is an American actor, a stage veteran and winner of several prestigious accolades. Having more than 40 years of acting experience, he appeared on the number of works on TV, a big screen and a stage. For his work, the actor worked with many talented directors and actors and appeared in exciting movies and TV shows.

At school, Joe was an active teenager with broad fields of interest. He played the guitar and acted in school plays. He seriously dreamt of a musical career and wrote songs. As a young man, he was interested in psychology and was going to get a degree in this subject. Accidently he found himself in a drama department, got inspiration, and changed his mind.

Being a child of the army officer, he was raised in a military family and traveled a lot — part of his childhood he spent in Germany and Japan. Joe's father died when the boy was ten years old.

Joe and his mother settled in New York, where the young man received an education. He attended high school in New York and then studied drama at college.

After graduation from the university, the young actor tried himself both on screen and at the stage. The actor made his debut appearance on Broadway, taking part in the rock musical. In 1970 he appeared on his first work on the small screen in the TV series "Mission: Impossible," seven years later Joe was offered to play a supporting role in the movie.

He is best known for his dynamic roles, primarily as the sinister father of the crisis manager of Olivia Pope in groundbreaking TV series. This work helped him to establish a new reputation of a highly respected and recognized actor. He is highly demanded in recent years and appeared on the world hit as a supporting actor. Besides, he portrayed a legendary comedian in the one-person-show in 2016.

The 72-years-old actor has got an impressive legacy. He appeared in 70 movies, including such hits as "Terminator 2 ". Besides, the actor sparklingly played many supporting roles on TV series and shows.

Interestingly, his work had always been highly appreciated, but not still proved with award functions. However, in 1974, he had already received a significant award, "Theatre World Award." The other highly appreciated work of Morton is his supporting role in TV series "Scandal," where he appeared on 76 episodes.

He is the father of three children. In 1984 he married, this marriage gifted him, three kids. In 2006 he divorced. The actor said that he faced racial issues all his life. He got only black-specific roles on screen. His net worth is estimated at $4 million.

Joe has a long-term relationship with Christine Lietz.