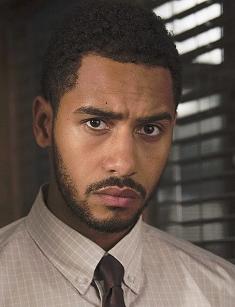 The British actor has a promising career. He appeared on British and American small-screen and big-screen projects and established himself as one of the most exciting new talents. Having a bright appearance, athletic body and refined and smart character he gains roles that are valued and have value.

Elliot was raised in Birmingham. He is British. His mother is a teacher of English, his father was a PE teacher. He and his mother traveled around the country selling children’s books. Elliot was very active in sports. He is fortunate to have an athletic build; he was swift and was good at all the games that he played. He didn’t like to spend time on books, preferring more creative and hands-on learning. He found he enjoyed everything that helped him to express his inner mood.

Since childhood, the boy displayed a vivid interest in drama and arts. He took part in school performances and at a young age, got his first awards for acting skills. That’s why that wasn’t a big surprise to his parents when the young man decided to attend the school of theatre in Manchester in his college period.

He won the first titular role in the TV adventure series. He passed the problematic auditions, as candidates on this role were the young actors all over the world. He beat hundreds of candidates and became the best. In 2011 he was named one of the anticipated starts in 2011. He tested many TV pilots and made his American network television in 2014 when he appeared on the TV series “How To Get Away With Murder.”

He starred in “Life Sentence,” where he worked alongside Lucy Hale. Performing on several successful projects, Elliot has been recognized as one of the most exciting new talents.

Elliot is active on Instagram. The people attributed the actor love affair with his co-star Lucy Hale. In 2017 the actor and his co-star Evanna Lynch steeped out For Animals Annual Hidden Heroes Gala. He is vegan and often shares photos of his food on Instagram. The actor came to the USA in 2012 for work. Since that time, he lives on several continents.

In 2019 he shared his thought about his first coming out. He said that he came out to his family and friends when he was sixteen. He felt that he knew himself well and didn’t want to hide his feelings. But as to his coming out to the public, the actor said that he didn’t see the need of doing it:

“I believe in creating a world where people don’t need to ‘come out’ any more than someone who is straight cis and the onus is on all of us to live with open hearts & minds and not support the idea that there is one ‘normal path’ we all should take and then only some must announce when they diverge from that one way.”

He watched with pleasure Bond movies with his father. As an actor, he dreams of playing James Bond and considers this film the British heritage.

At present, Elliot Knight's net worth is estimated at $2 million.