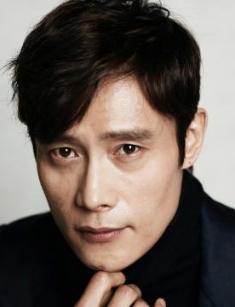 Lee Byung-hun is the first actor of the Land of the Morning Calm, invited to the Academy Awards ceremony. It happened in 2016, Lee and Sofía Vergara presented the "Best Foreign Language Film" award to Hungarian director László Nemes. However, the Korean actor had paved the way to Hollywood even earlier, starring in famous blockbusters about the organization Cobra and the Terminator.

Lee Byung-hun’s homeland is Seoul. The future celebrity was born in the middle of the summer of 1970 in the family of a wealthy entrepreneur. Lee earned a bachelor's degree in French Literature at a private research university, Hanyang University. In addition to the language of love and native Korean, the actor speaks Mandarin Chinese and English. He has a black taekwondo belt.

The younger sister of the artist, Lee Eun-hee, won the Miss Korea in 1996.

A turning point in the biography of Lee Byung-hun was the proposal of his mother’s friend to pay attention to the film industry. The handsome young man was cast on television and noticed by the producers.

Lee's first acting experience was the leading role in the series Asphalt My Hometown. After the release of the movie Tomorrow Love, the actor attracted an army of fans and especially girls. They began to call him Korean Brad Pitt, largely thanks to the appearance that model agencies and publishers of sports magazines liked. He was 5.84 ft. (178 cm) tall, weighing 158,733 lbs. (72 kg); the man distinguished himself with abs of steel and delicate facial features.

Later, Lee Byung-hun graduated from Chung-Ang University with a major in Theater and Cinematography.

Lee Byung-hun became famous overnight after the release of the war drama Joint Security Area, filmed by the Palme d'Or winner, Park Chan-wook. Lee played a member of the South Korean army kidnapped by a neighboring party in the security area. However, the investigation reveals the details that disagree with the sergeant’s words. Lee Byung-hun won the Best Actor awards for this role, as well as for the drama All-In.

A year later, Lee Byung-hun signed a contract with Creative Artists Agency, an American acting agency that helped the Korean actor to make an international debut. The result was not long in coming. Two projects, A Bittersweet Life and The Good, the Bad, the Weird, were screened at the Cannes Film Festival. Lee received an Oscar nomination in the first movie, and the actor played a negative character in the second project for the first time in his career.

In 2009, Lee Byung-hun conquered Hollywood. The first successful movies were the superhero action movie G.I. Joe: The Rise of Cobra and the sequel G.I. Joe: Retaliation. On the set, the actor could use his knowledge of martial arts because his character was a ninja who did not feel pain and had a superpower.

In the comedy Red 2, Lee played the world's best killer, a friend of a former CIA agent, who participated in the bloody showdown of heroes (Anthony Hopkins, John Malkovich, and Helen Mirren). In the fifth installment of the Terminator franchise, Lee Byung-hun portrayed a robot, Prototype Series 1000 Terminator, the antagonist of Arnold Schwarzenegger’s character.

In 2016, Lee became a member of The Magnificent Seven, a group of shooters who defended the Mexican village, in a remake of John Sturges's western. The next project in the Hollywood filmography of the actor is Misconduct, featuring Al Pacino, Julia Stiles, and Josh Duhamel.

At that time, Lee Byung-hun received the KBS Drama Award for his role in the drama Iris.

In the summer of 2013, Lee Byung-hun stopped being a bachelor. The actor’s wife, Lee Min-jung, is a drama star and model who is 12 years younger than the husband. The artists met in 2006 but then did not see each other for five years. Having met again, they looked at each other differently.

Lee made a proposal at the premiere of the action movie Red 2, specially organized for this occasion. At the end of the movie, a video appeared on the screen, showing the love confession of Lee Byung-hun and the question of marriage. They say this act cooked Lee Min-jung noodle.

Nine hundred people attended the wedding at the Seoul Grand Hyatt Hotel, and it cost more than $ 100,000. Bruce Willis sent his congratulations. The couple spent their honeymoon in the Maldives, settled in Gwangju, where Lee Byung-hun had his mansion. In March 2015, the couple had a son, Lee Joon-hoo.

The happy family life is occasionally shaken by scandals involving Lee Byung-hun. Fortunately, these stories did not affect the marriage. In the early 2000s, he became famous as a heartthrob. The actor was an object of adoration of his colleague in the melodrama All In, Song Hye-kyo, after which the girl promised herself not to mess with actors.

During the filming of the drama Iris, Lee met gymnast Kwon Mi-yeon, forced her to quit a career in sports, and persuaded her to get married. However, when Kwon, who lived in Canada, arrived in Korea, her lover began to hide from her.

The athlete is rumored to get an abortion. Trying to free Lee Byung-hun from guilt, the production company laid the blame on Kang Byung Kyu, a television star with a dubious reputation, and his bride, who made friends with Kwon Mi-yeon. The situation looked as if the unsuccessful gymnast wanted to get the actor’s money. They began a lawsuit in a court, after which the influential film studio got off scot-free.

In the autumn of 2014, the actor reported to the police that two women blackmailed him with some video of him making sexual jokes. People were outraged by the girls’ act and the conversation. Lee Min-jung’s devoted fans called on her to divorce her husband. As a result, the blackmailers, singer Kim Dahee and model Lee Ji-yeon, were arrested and fined.

Two years later, a video leaked to the Internet in which Lee Byung-hun kissed an unknown woman in the presence of his wife. Agents stated that the anonymous lady was the actor’s relative.

In 2017, Lee Byung-hun starred in the melodrama Keys to the Heart, which told about the search for mutual understanding between the former boxer and his younger brother with autism. Besides, he signed a contract with the United Talent Agency, which promoted Benedict Cumberbatch and Channing Tatum, and after several years of persuasion agreed to appear in the PSY singer’s video.

In July 2018, the drama Mr. Sunshine premiered, in which Lee landed the leading role. The first pictures of the shooting were posted on his fan pages on Instagram and Facebook.

In the summer of this year, the actor also accepted the offer to play General Kim Jae-gyu, the director of the Korean Central Intelligence in the mid-20th century. By order of the military commander, Park Chung-hee, the creator of the Korean “economic miracle,” and father of the former president, Park Geun-hye, was executed. The movie is directed by Woo Min-ho, whom Lee Byung-hun met on the set of Inside Men.

Lee Byung-hun has a net worth of $20 million.