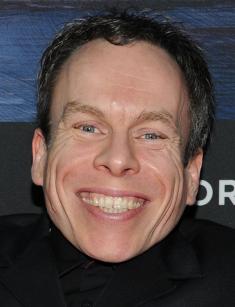 Warwick Davis is one of the most popular dwarf actors in the history of cinema. His height is 3.51 ft. (107 cm. He starred in such legendary projects as the Star Wars franchise, the Harry Potter films, The Chronicles of Narnia, The Hitchhiker's Guide to the Galaxy, etc. Despite the disease, he managed to become a successful Hollywood actor, a happy husband, and father.

Warwick Davis was born in Epsom, Surrey, England. His father, Ashley Davis, was an insurance worker, and mother Susan was a housewife. Unlike the son, the parents were ordinary people with an average adult human height. It turned out that the boy was born with a rare genetic disease. So, when he was barely 3.28 ft. (100 cm) tall, the boy stopped growing.

Dwarfism is mostly associated with achondroplasia, but Davis was born with Spondyloepiphyseal dysplasia congenita. At that time, medicine was not highly developed, and the doctors immediately warned his parents that the child would not survive to adolescence. But, fortunately, they were wrong.

But for his grandmother, he would hardly have become famous. When the boy was 11 years old, she heard the advertisement about the audition for the movie Return of the Jedi on the radio. They were looking for people who were 4 ft. (120 cm) tall or shorter. To Warwick, who was a fan of the Star Wars films, it was a dream come true.

Of course, he could not miss the chance. As a result, the boy was cast as an extra Ewok of Kenny Baker. But Baker unexpectedly fell ill, and George Lucas had to give the role to Davis. However, it is unlikely that he will ever regret it. The young actor coped with the tasks brilliantly.

The film was released in 1983, and Warwick subsequently appeared in the Star Wars spin-offs: Caravan of Courage: An Ewok Adventure and Ewoks: The Battle for Endor.

In 1987, Davis received an offer he could not refuse. George Lucas and Ron Howard invited him to the meeting, where they wanted to discuss a new film project called Willow, which was written with Warwick specifically in mind. He got the leading role of novice wizard Willow Ufgood.

Initially, they planned to shoot a trilogy, but the movie was a box office flop. Therefore, the creators decided not to make the next two parts. The film won two Academy Awards and five Saturn Awards, and Warwick Davis received the Best Performance by a Younger Actor Award.

Later, Davis was invited to television, and he participated in the filming of the series The Chronicles of Narnia. By the way, then he appeared in the film adaptation of the novel, however, this time it was a feature movie.

In 1993, Warwick starred in the horror film Leprechaun, in which he became the main villain. Critics were skeptical of the film, but it was commercially successful. Therefore, the creators shot five sequels to Leprechaun.

The significant project in the actor's career was also the mini-series Gulliver's Travels, based on Jonathan Swift's novel of the same name. Davis played the dwarf Grildrig. The project won five Emmy Awards.

Young viewers know Warwick Davis for the Harry Potter saga. Moreover, the actor played three roles in the movies: Professor Filius Flitwick, bank manager, and goblin Griphook. Although it is extremely difficult to recognize him as he wore a lot of makeup.

But, perhaps, the actor had even more makeup during the filming of the Star Wars films. In Star Wars: Episode I – The Phantom Menace, he portrayed the wisest and strongest Jedi of the time, Yoda. In the following parts of the saga, he played the roles of Walliwan, Weeteef Cyubee, Wald, Anakin's Rodian friend. Thus, Davis got the largest number of characters in the Star Wars franchise.

Warwick also appeared in the fantasy comedy film The Hitchhiker's Guide to the Galaxy, in which he got the role of Marvin the Paranoid Android. In 2009, Davis starred in the fantasy series Merlin, in 2013 he played Porridge in the series Doctor Who. Perhaps, the man managed to achieve such success in the film industry thanks to his short stature.

In 1991, Warwick married Samantha Burroughs. The woman is 0.55 ft. (17 cm) taller than her husband. Samantha suffers from achondroplasia. The newly wedded couple spent their honeymoon on George Lucas’s ranch. By then, he had made friends Davis.

In 1997, the couple had a daughter, Annabelle, and in 2003, a son, Harrison. Like their father, the children were diagnosed with dysplasia.

The Davis family leads an active lifestyle. The photos of them together at quests, games, and concerts regularly appear on the Internet. There are no pictures in which the actor does not smile. Difficulties have not broken Warwick's will, and he feels happy, no matter what happens.

The actor continues to act in films. In 2018 the new part of the Star Wars franchise, Solo: A Star Wars Story, is planned to be released. However, Warwick’s character is still unknown. But it only arouses interest to the premiere.

Nowadays, the actor is involved in the filming of the movie Short Fellas. The plot and release date are unknown. They have only provided the information that Warwick got the leading role, and his wife Samantha will also participate in the film.

Warwick Davis has an estimated net worth of $10 million.