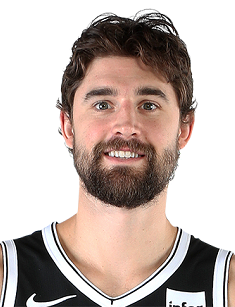 Joseph Malcolm Harris is an American basketball player. He currently plays for the Brooklyn Nets of the National Basketball Association (NBA). He went to the University of Virginia, where he played college basketball. He was then drafted as the 33rd overall pick in the 2014 NBA draft to play for the Cleveland Cavaliers.

At the young age of four, Harris started observing his father’s basketball practice sessions. From third to eighth grade, Harris volunteered to become their team manager. Harris dreamed of becoming a basketball player at a very young age and would write quotes from NBA legends and personal quotes on the walls of his bedroom. One of his many goals was to land at least 1000 shots per day.

Harris was a rookie for the Cleveland Cavaliers in 2014. He became the 33rd overall draft pick on June 26, 2014. He was selected by the Cleveland Cavaliers. He signed his rookie scale contract on July 24 after the 2014 NBA Summer League, where he averaged 7.8 points, 1.5 rebounds, and 1.5 assists. On November 15, the Cavaliers won 127-94 against the Atlanta Hawks with Harris getting 12 points, 4 assists, 4 rebounds, and a steal. Harris raised his most points record to 13 points on 4-of-7 shooting against the Hawks on December 30, where the Cavaliers suffered a 101-109 defeat. He would then raise this record to 16 points on January 5 in a game against the Philadelphia 76ers. The Cavaliers lost this game 92-95.

Following the Cavaliers’ acquisition of Kevin Love and the return of LeBron James, Harris was assigned to the Canton Charge of the NBA Development League on January 20. On his D-League debut, Harris scored 18 points with 6 rebounds in a 107-109 loss to the Delaware 87ers after double overtime. Harris would then follow this up with a new career record of 26 points scored against the Maine Red Claws in a 92-104 loss.

A victory against the Sioux Falls Skyforce would see Harris score 23 points on 6-of-15 field goals with 4 three-pointers for a score of 102-84. The Cavaliers successfully qualified for the 2015 NBA Finals on his rookie season, where they lost against the Golden State Warriors over six games.

Harris had to undergo a season-ending surgical procedure on January 5, 2016. He had to have an extra bone in his right foot removed. He was traded to the Orlando Magic along with cash considerations and a 2017 second-round pick for a 2020 second-round pick. Upon acquisition, the Magic immediately waived him.

Meanwhile, he hit his 30th consecutive game with a three-pointer in a 106-114 loss against the Indiana Pacers. This made him second in the franchise list, one game behind from Joe Johnson’s record of 31 straight games during the 2012-13 season. On 111-103 victory against the Phoenix Suns on December 23, he made three 3-pointers, which made him the first player to make three or more three-pointers in six straight games.

On the other hand, he led the Nets to a 134-132 victory against the Charlotte Hornets on December 26 with a season-high 27 points and the game-winning layup with 3.4 seconds left in the second overtime. He scored 24 points with a career-high of seven 3-pointers on February 11, 2019 in a 125-127 loss against the Toronto Raptors. He then won the NBA Three-Point Contest on February 16 during the All-Star weekend.

Harris is currently in a relationship with Ina Browning, a consultant at McKinsey & Company in New York City. They met while he was attending Virginia. Harris remains to be good friends with former Cleveland Cavaliers teammate Matthew Dellavedova.

In memory of his late cousin, Tricia Haerling, he wears a fluorescent green band on his left wrist. Harris holds the Joe Harris Basketball Camp for kindergartners to eighth-graders every summer at Chelan High School since 2015.

Harris belongs to the “Starting Five”, a group whose goal is to raise $225,000 to fund wells in East Africa by the end of the 2018-19 season. The other members of the “Starting Five” are Malcolm Brogdon, Anthony Tolliver, Garrett Temple, and Justin Anderson.

From his salary from the Brooklyn Nets, Harris reportedly earns around $8,333,333 per year. He has an estimated net worth of over $2 million.