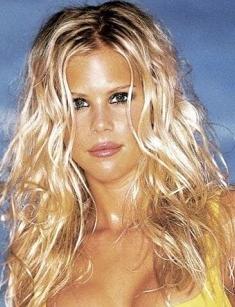 Elin Maria Pernilla Nordegren is a Swedish model and psychologist who became famous mostly after her marriage to the gold player, Tiger Woods. For now, Elin has two children from this union, and she is expecting her third kid from her boyfriend and sportsman, Jordan Cameron. The model has an Instagram page, where she shares her happiness with followers.

Elin Nordegren was born in Sweden in 1980. Her parents are Barbro Holmberg, a Swedish Social Democratic politician, and Thomas Nordegren, a journalist, and author. Nordegren also has two siblings: an older brother, Axel, and a twin sister, Josefin.

In 2000, Nordegren started her modeling career from the appearance on the cover of the “Cafe Sport” magazine. After this, Elin began working at the store “Champagne," where she met the Parnevik family, and she worked as a nanny of their children. In 2014, Elin graduated from Rollins College in Florida, where she received a degree in psychology.

Speaking about Elin’s net worth, she received $100 million from her divorce with Woods. In 2006, she also made some money. The magazine The Dubliner published the nude photos and claimed that they were Nordegren’s. Elin responded with a suit against the magazine and eventually won 125,000 euros.

There is no information about Elin’s partners before Tiger, but after their divorce, she has been dating Chris Cline, a billionaire, and philanthropist who by the way died this year, and Gavin Rossdale, a musician. Today, Nordegren is in a happy relationship with former NFL player Jordan Cameron, and the couple is expecting their baby in 2019. Their kid is going to be called as James Cameron.

Marriage to Tiger Woods and family

When Nordegren was working in the clothing store named “Champagne” in Stockholm, she met Mia Parnevik who has been married to the Swedish golfer Jesper Parnevik. The couple hired Elin to be a nanny for their kids, and for this job, Nordegren needed to move to the United States. In 2001, at the golf tournament, Open Championship, Elin was introduced to the golf player Tiger Woods. Firstly, she did not have any interest in the golfer, but eventually, they started dating.

In 2003, they got engaged, and a year later, the couple married at the Sandy Lane resort in Barbados. In 2007, the first kid, Sam Alexis, was born. Two years later, the spouses welcomed the son, Charlie Axel. However, the family turned out to be not really happy due to Woods’ infidelity.

In 2009, after the second child’s birth, the union of Woods and Nordegren was covered by media a lot because of the revealed infidelity of Elin’s husband. After this, Tiger announced about his break from golf, because he wanted to focus on his marriage. However, this attempt did not end well, and in summer 2010, the couple finalized their divorce.

As we already said, Nordegren got approximately $100 million after the process. She used 12 million to buy a house in Florida, which was built in the 1920s. Elin’s architect advised to demolish the structure and to start over. Before this has been done, Nordegren allowed a non-profit organization Habitat for Humanity take anything from the mansion, and all this stuff was later presented at the charitable auction.