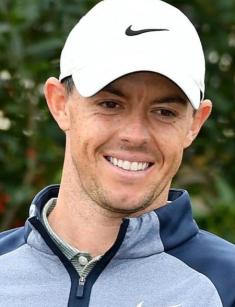 He is the skilled pro golfer who already has built a splendid career and continues playing a vital role in world competitions.

The story of the golfer’s childhood is a thrilling and inspiring illustration of a dedicated athlete. He was born in Northern Ireland in 1989. The only child in the family, he received sustainable support and education. His father introduced Rory to golf at his exceptionally young age. He coached him all his childhood teaching fundamental techniques. His father had experience and necessary knowledge as he played golf at the handicap level.

Rory was obsessed with the game. He asked his dad to go to the golf club. Sometimes the boy took his club to the bed holding his hands the club. It is not a big surprise that the seven-year-old boy became a member of the golf club being the youngest.

His activity demanded substantial financial contributions, that’s why his father had to find extra money working on several jobs as well as his mother. The boy hadn’t kept his parents waiting too long and overheld the first international victory when he was 10. Those times he found the pro coach who had been worked with Rory till our days.

During his teenage years, he participated in various competitions that were held in Europe. He brought numerous victories as a member of the junior team. When he was 15, he decided to continue his amateur career even though his natural talent and rich experience allowed him to play like a pro. Nevertheless, he gained a scholarship and was active in amateur competitions. His amateur career reached the peak when he represented Ireland at the world amateur championship and became the second in the top of the amateur’s ranking in the world.

During his first year as a pro, he played on different contests trying himself in professional golf. The 18-years-old golfer played at the British competition and finished 42nd. He also took part in the other battle and displayed much better results ending the third. In 2008 he became the youngest golfer who secured the card at the Open de Madrid Valle Romano.

One year later, he earned his first title as a pro. Thus in 2009, he won the Dubai Desert Classic. He continued to demonstrate significant progress and was ninth in the world at the end of the year. In 2010 he recorded his first victory in the PGA tour.

However, even such a skilled person as Rory sometimes makes a mistake. The failure happened in the Masters Tournament in 2011, when Rory was the leader for several days but then unexpectedly shot the worst round in the history of the professional golf leading after the third round. But he managed to redeem himself soon when he won the U.S.Open and set several records. The rest of the year remained highly successful. For example, he won the UBS Hong Kong Open by two strokes.

In 2012 the experience allowed him to compete with such legend as Woods and Robert Rock the Abu Dhabi HSBC Golf Championship and to finish the second leaving behind Woods. Besides, he won the PGA this year and became the first golfer in the world ranking. Following years he demonstrated the exceptional game and stayed number one.

The experienced golfer with numerous victories sometimes allows himself inappropriate actions and words. As a result, he often found himself in the center of critics. Thus he missed the tournament due to tooth pain. In 2019 he called the Ryder Cup “exhibition.” And once he threw a club in the water after hitting his ball into the water on the par-5 eighth hole. He frequently apologizes for his conduct, expressing regret.

He identifies himself as both Irish, Northern Irish and British. This fact made him chose the country which he would like to represent in the Olympic Games in 2016. As a result of long and painful consideration, Rory finally had chosen Ireland. In 2012 Rory moved to Florida after purchasing $10 million property located near the colossal golf club.

He is Catholic. He serves as an Ambassador for UNICEF Ireland. He is die-hard of Manchester United and Ulster Rugby. He is one of the highest-paid athletes in the world. Thus in 2017, he earned $50 million, among them $34 million came from endorsements. His net worth is more than $17 million.

He had a relationship with professional tennis player Caroline Wozniacki from 2011 till 2014. The couple was engaged in 2013. But later, the golfer ended the engagement. In one interview, Rory thanked his ex-girlfriend and stated that the problem was in him. Interestingly, that Wozniacki said that Rory ended the engagement during the brief call and had never told her. In 2015 he began dating Erica Stoll, and two years later, he married her. The wife often acts as his caddy. The couple hasn’t had children yet.