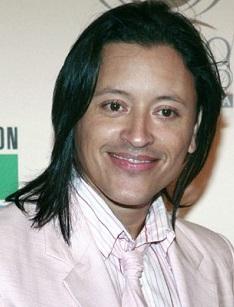 The New York native, Elvis Crespo, received wide acclaim in 1995 as a member of Puerto Rican band Grupo Manía. In 1998 he started a solo career, releasing his first album “Suavemente,” the big seller of Latin America and the US. Crespo was considered to be one of the leading merengue artists of his generation. Over the years Elvis became the author of 11 studio albums and a lot of music videos. His best songs are “Suavemente,” “Tu Sonrisa,” “Pintame,” “Por El Caminito,” “La Cerveza” and “Bandida.” Crespo’s net worth is unknown exactly. Various sources cite figures from $2 million to $300 million.

The birthplace of Crespo was New York City. He appeared on July 30, 1971. When Elvis was six years old, his family broke down. His parents divorced, and he moved with his mother to Guaynabo, Puerto Rico. But Crespo continued to see his father and visited NYC almost every summer. Elvis spent most of his childhood and youth in Puerto Rico and was forced to learn English again when he moved to North America as an adult.

Young Elvis liked playing baseball and dreamed of being a professional baseball player. However, he understood that he didn’t have enough skills to develop a professional career. Elvis found solace in another hobby, music. He tried to join the Puerto Rican pop group Menudo. Crespo couldn’t achieve his goal, because Menudo held audition in summer, the same time when Crespo visited his dad in the USA.

That failure did not cool Elvis’s interest in music, and soon he became a member of the Willie Berríos Orchestra in San Juan. Crespo was 17 years old then. At the same time, Crespo sang with other merengue outfits, including those led by Lenny Perez and Toño Rosario. In addition to his musical career, Crespo pursued studies in business administration at San Juan's Metropolitan University of Puerto Rico.

In 1995 Crespo became a member of a popular merengue group from Puerto Rico, titled Grupo Manía. The band released their debut album in 1993. Although merengue songs had typically invoked sly criticisms of the upper classes or lewd sexual references, Crespo developed his own, more romantic style as a songwriter. He quickly became frontman of the group and Latin America’s merengue star.

In 1998 Elvis Crespo decided to try himself in solo music. He left Grupo Manía and quickly signed a solo contract with the Sony Discos label. And his first studio album “Suavemente,” released the same year, became the international hit. It reached the platinum status in Venezuela and Central America, the gold status in Chile and the USA. The top single of the album was also called "Suavemente."

The track topped the Billboard's Hot Latin Tracks for six weeks. It became a new record, as there were no merengue songs, which took that position longer. Soon, Crespo’s debut album was recognized by Billboard as the Best Male Tropical/Salsa Album. The same award was given to the second studio album of Crespo. He released “Pintame” in 1999 and tried to experiment with music. The critics highly estimated those changes.

Elvis continued playing with music styles in his third studio project. In addition to the combined style of songs in “Wow! Flash”, he changed his image, clothes, and haircut. Crespo toured almost constantly and appeared on TV and in movies. In 2001, he participated in the all-star benefit recording "El Ultimo Adios" for the victims of the September 11 attacks on the World Trade Center in New York.

Released “Urbano” in 2002, Crespo issued his fifth studio album “Saboréalo” in 2004. The following year that album was recognized as the best merengue album by the Latin Grammy award. In 2007, Crespo shifted gears. He released “Regresó el Jefe.” It showcased nine of his own compositions and immediately catapulted him back to the limelight in the Americas. The single "La Foto Se Me Borró" was a merengue tune, but the album also showcased bachata and urban styles amid his swinging mambos.

The album topped the Latin Albums and Tropical Salsa charts and was nominated for a Latin Grammy; it subsequently won four Premio Lo Nuestro awards. On July 21, 2018, Crespo gave a concert in Albuquerque. On April 11, 2019, on the eve of the 20th anniversary of the song “Suavemente” (April 14), Crespo released “Suavemente 20 Anniversary”. The timeless track still got fans out of their seats and onto the dance floor. Apart from the main track, the special edition included such singles as “Nuestra Canción,” “Me Arrepiento,” “Tu Sonrisa,” and “Abracadabra.”

Elvis Crespo was married to Ana Ceruto from 1996 until 2001. They welcomed a son in 1993 and named him Elvis. In 2005 Elvis had a short romance with Sheila Ramos. As a result, the woman gave birth to his daughter Alanis Thais. Crespo didn’t believe that it was his child, and he demanded a DNA paternity test. Its result was a 99,9% probability of paternity.

Crespo recognized his daughter and took up her upbringing. He was upset that that situation became public, but did not reveal the reasons why he did not believe Sheila. On March 16, 2009, Crespo married again. Maribel Vega, his manager, became his second wife. Ten days later, the spouses posed on the red carpet at the Premio Lo Nuestro Latin music awards show in Miami. The annual awards show was organized by Univision channel.

In 2012 Maribel and Elvis welcomed their daughter, named Génesis Vittoria.