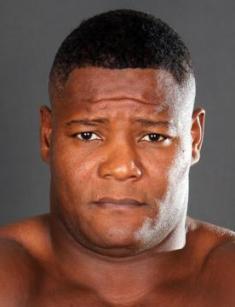 Luis Ortiz is a heavyweight boxer who faced his first defeat in March 2018 during the match for the WBC heavyweight title. According to Deontay Wilder’s manager, opponents try to find any excuse to avoid fighting two athletes: his protégé and Ortiz.

Luis Ortiz nicknamed King Kong was born in March 1979 in Cuba. There is little information about his life: his parents’ occupation or schools the future athlete attended remain unknown. According to some sources, the sportsman might have forged his documents: he looks older than he is. According to the American TV presenter and analyst Al Bernstein, Ortiz is probably a senior.

The Cuban boxing school is famous all over the world; Fidel Castro liked this sport. However, professional fighting was prohibited in the island, and local athletes got the right to earn money for what they did only in 2013, in the semi-professional boxing league.

According to the sportsman, he took up boxing at ten. There was little amusement in his home city, and the boy was not distracted from training. Little by little, the young talent was climbing the career ladder and eventually got accepted to the national team.

In 2005, the man took the second place at Boxing World Cup in Moscow. The Cuban team seemed to be the favorite but lost to the Russia national team; Roman Romanchuk surpassed Ortiz. The next year, the athlete became the champion of Cuba and won the most prestigious competition in his country, Playa Giron, in 2006.

In 2009, when Louis had a family, it was vital for him to collect money for his little daughter: her finger could be amputated. Somebody recommended Ortiz to move to the United States: the professional ring gave many opportunities to earn. The man rented a motor boat, went to Mexico at night, and then made it to the USA.

Muhammad Ali’s alma mater, Fifth Street Gym, became the sportsman’s first place to train. It was not an accidental choice: Luis worshipped the legendary boxer and often watched his fights on TV when he was at home.

In February 2010, Ortiz was 30 years old. Many athletes become champions at this age, but the man only won his first professional battle at that time. It took him 78 seconds to knock out his opponent; the earnings were enough to save his daughter and bring the family to America.

Developing his career, Luis did not think much about choosing his rivals and accepted almost all offers. Thus, he met with Kendrick Releford and Charles Davis, who normally did not compete against newbies. The sportsman received the first professional award: the WBC FECARBOX heavyweight title.

Gigantic Ortiz appeared to be too clumsy – most athletes whose weight is more than 200 lbs. do, though. The sportsman’s height was 6.33 feet (193 cm.), and his arm span exceeded two meters; however, whenever he stepped in the ring, everything would change. Bert Cooper, Walter Palacios, Lateef Kayode, and Jason Barnett tasted how powerful his blows were.

In 2012, the battle against Epifanio Mendoza brought two vacant titles at once: WBC Latino and WBO Latino. Three years later, Ortiz became the WBA Interim Heavyweight champion, taking the title from the two-time candidate Bryant Jennings. The Cuban could have gained it earlier, in 2014, if it had not been for the anabolic steroid found in his urine. Naturally, the victory was denied; although the boxer claimed he was innocent, he was disqualified for nine months.

The Russian athlete Alexander Povetkin could also face Ortiz but refused. According to the promoter Andrey Ryabinskiy, the opponent’s high financial demands were not satisfactory for Povetkin. In reply, Luis’s manager marked that money matters should be solved with bargaining, not rejecting fights. Some experts believe that Povetkin would not have risen after the match against Wladimir Klitschko if he had faced Ortiz.

In November 2016, another drug-related scandal broke out, and Ortiz did not defend his title against Alexander Ustinov. World Boxing Organization revoked the star’s status; at the same time, the man had enough points to get the WBA Inter-continental title.

The next year, the boxer explained what happened: he had taken the medicine to lower his blood pressure; he could not have imagined that it would be considered a diuretic drug. Luis told journalists he had been using it for a couple of years but drank much water every day. He did not intend to conceal anything, for boxing was significant to him as the means to support his family. However, he made a mistake and did not report it while filling out his medical documents.

Sports Themis did not take pity: Ortiz was disqualified for a year and stripped of the status of the mandatory challenger for WBO; he was deleted from the WBA rating. As a result, the scheduled fight against the WBC champion Deontay Wilder was canceled.

However, Ortiz was allowed to plead for the disqualification abolishment and performing at other boxing organizations. In September 2017, the heavyweight champion Deontay Wilder asked World Boxing Organization to hold a meeting with Luis.

Luis and his wife have three kids: two daughters and a son; they live in Miami, Florida. Apart from that, there is no detailed information about the athlete’s private life.

In March 2018, fans could see the long-awaited fight between Luis Ortiz and Deontay Wilder. The Cuban sportsman could become the first representative of his country to win the heavyweight champion title.

However, it did not happen: the opponent gave Luis several severe blows and knocked him down eventually; the fight stopped in the tenth round. Still, the sportsman is not upset about it; he is preparing for the rematch in November 2019.