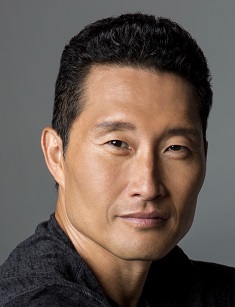 Daniel Dae Kim is known for his magnificent talent in acting, directing and producing films and TV series. He portrayed various TV series characters such as Chin Ho Kelly on “Hawaii Five-0” and Jin Soo Kwon on "Lost". Each and every character he portrayed made a show how great his talent is in terms of acting. This is proven by the various awards he received.

His acting as Jin Soo Kwon gave him the 2006 Screen Actor Guild Award for Best Ensemble. More than that, he was also honored by the Korean American Coalition for Outstanding Performance by an Actor and was rewarded with AZN Asian Excellence Award, a Multicultural Prism Award, and a Vanguard Award.

Later in 2009, Kim’s success in acting made him the recipient of the prestigious KoreAn Achievement Award in the field of Arts and Entertainment. He was not only known for his talent in acting, but he was also known for his healthy living. Daniel Dae Kim’s diet resulted to his two People Magazine’s “Sexiest Man Alive” award.

Daniel Dae Kim’s family originated in Busan, South Korea where he was born. He was not expected by everyone to be an excellent actor. He was just an ordinary boy when he left Busan and moved to New York and Pennsylvania. His acting skills were discovered during his college years at Harvard.

After attending college, Kim began to pursue his acting career. Kim started portraying characters in stage dramas such as “Romeo and Juliet,” “Ivanov,” and “A Dolls House”. His excellent talent skills made him famous and successful in his chosen field. Despite this, Kim still wanted to learn and grow. He did not settle for less and continue to deepen his knowledge in acting by attending acting classes and enrolling at New York University’s Graduate Acting Program. This is where he earned his Master’s Degree.

Kim started playing roles in different movies right after his college graduation. He was able to portray several characters in the movies and TV series such as CSI: Crime Scene Investigation, Star Trek: Voyager, Star Trek: Enterprise, Charmed, The Shield, Seinfeld, NYPD Blue, and ER. He also became part of the movies Babylon 5, Angel, and 24.

Aside from acting, Kim was also known for his skills in Tae Kwon Do. This skill helped him in his adaptation of a Shaolin Monk in the movie American Shaolin. Kim was also part of some superhero movies such as the famous Spider-Man 2, where he acts as the scientist working with the villain Dr. Octavious, and in the Hulk, where he only played a minor role. He was also part of the 2005 Best Picture Award winner movie, Crash.

Dae Kim Lost career is probably the longest TV show appearance in his career. The said series lasted for six years from 2004-2010. Kim portrayed the character of Jin-Soo Kwon, who is a Korean fisherman-turned-hitman. Although Kim was a Korean, playing his role in Lost as a Korean was not easy for him. Since he left Korea, he was not able to use their native language frequently. He was forced to relearn the language for that role alone. This effort of Kim was not put into waste because he and his fellow actors and actresses were able to win numerous awards such as the 2006 Screen Actors Guild Awards for Best Ensemble. Kim alone was able to win the AZN Asian Excellence Award, a Multicultural Prism Award and a Vanguard Award from the Korean American Coalition.

Shortly after the conclusion of the series Lost, Danie Dae Kim Hawaii Five-0 career started. Kim was the first actor to be named as part of the series. He played the character of Chin Ho Kelly. The series started strong when it aired on TV last September 2010. The series made a great run and Kim's acting was still amazing. But in June 2017, Kim decided to leave the show due to disagreement in terms of salary. He wanted to have same pay with his co-stars but CBS didn't agree with Kim's terms. Kim was also part of the hit movie The Divergent Series: Insurgent where he played the character of Jack who leads the Candor faction.

Aside from his acting career, Kim was also able to direct and produce some movies and series. His career as a director started with the Hawaii Five-0 season five episode. He was able to be part of the cast while acting as the director for that episode. He was hired as the executive producer of ABC’s show The Good Doctor, which later he joined and portrayed the character of Dr. Jackson Han.

He was also engaged in theater performances. In fact, this is where Kim started and honed his acting career. His Broadway debut as the King of Siam in Rodgers & Hammerstein's The King and I was last January 2016. This is the same role that Kim took and played in a theater six years ago.

Kim also established his own television production company called 3AD. Daniel Dae Kim’s Good Doctor production, which is the English adaptation of the 2013 South Korean series, was under his own company.

The 2005 Screen Actors Awards Outstanding Performance by an Ensemble in a Drama Series is probably the most notable achievement that Kim has received during his career. He has also been nominated to several awards and was able to win the Asian Excellence Awards.

Due to his tight schedule and shooting requirement, Kim spends most of his time staying in Honolulu, Hawaii. He even continued his residency in Hawaii after he left Hawaii Five-o, Daniel Dae Kim and wife and two children continued to live there.

Although he did not graduate in the University of Hawaii, Kim served as the commencement speaker of the university during its May 2014 commencement exercises.

Daniel Dae Kim’s net worth is due to his appearance in hundreds of movies and TV series since 1992. Other than that, his company and his work as a director and producer add to his wealth. As of now, the Korean-American actor, director, and producer are known to have an estimated net worth of $10 million.