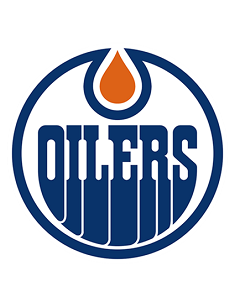 The famous ice hockey team Edmonton Oilers are originally from Edmonton, Alberta. Edmonton Oilers’ history goes back to 1971, when Dr. Chuck Allard and Wild Bill Hunter co-founded the “Oilers”. They are basically the affiliates of the Pacific Division of the Western Conference of the NHL (National Hockey League). Team’s first season participation took place in 1972, where the team represented one of the 12 founding franchises of the professional WHA (World Hockey Association).

Initially, they were supposed to be among WHA Alberta teams along with the Calgary Broncos but due to Broncos relocation to Cleveland, Ohio, the Oilers name got changed to Alberta Oilers. A year later, their name changed to “Edmonton Oilers.” In 1979 when WHA fused with NHL, Edmonton Oilers being one of the four involved teams of WHA, became the part of NHL as well.

Right after the 2004-2005 NHL lockout, the Oilers performance graph spiraled downwards. They missed all the playoffs after 2006 with the exception of 2016-2017. Since 2007, twelve 1st round picks have been drafted by the Oilers, six of those selections were the part of 1st four selections overall, and four of those six were the part of 1st overall selections. Edmonton along with these picks also selected 1st overall Ryan Nugent-Hopkins, Connor McDavid, Taylor Hall, and Nail Yakupov for their NHL entry draft. At present, only 2 of these players are in the Oilers team.

Alberta is the base of two NHL franchises: Calgary Flames and Edmonton Oilers. Both teams are considered rivals because of their common base. Their rivalry is usually referred to as "Battle of Alberta."

The Edmonton Oilers, a professional ice hockey NHL (National Hockey League) team, was established in 1971. The team is officially based in Edmonton, Alberta. The Oilers played their debut season in 1972-1973 where they took part as one of the twelve founding franchises of WHA (World Hockey Association). At that time there were two teams based in Alberta, one was the Oilers and the second one was Calgary Broncos. When Broncos relocated to Cleveland, Ohio, before the beginning of WHA’s first season, the Oilers name was changed to “Alberta Oilers.”

The Oilers were established in 1972 as a part of original franchises of North American professional Hockey league (WHA). Gretzky left the Indianapolis Racers because of financial lows and joined the Oilers in 1978. With Gretzky presence, the Oilers saw the boom time in the 1980s. When WHA merged with NHL in 1979, the Oilers was one of the four teams to become the part of NHL as well.

In their first NHL year, the Oiler performed pretty well and qualified for the playoffs. The team got through to the final in 1982-1983 Stanley Cup. At that time the team included great players like Mark Messier, Jari Kurri, Paul Coffey, and Glenn Anderson. The Oilers had their first Stanley Cup victory in the next season and then Edmonton Oilers Stanley Cups victories streak continued in 1984-1985, 1986-1987, and the 1987-1988 season. Trading of iconic player Gretzky to the Los Angeles King at the end of the 1987-1988 season came as a shock to everyone in the hockey world.

In the absence of Gretzky, Messier took the charge of the team and brought Stanley Cup victory trophy in 1989-1990 season. When Edmonton Oilers best player Messier moved to the New York Rangers in 1991, the Oilers downfall began. During 1990 the team had both wins and losses, therefore the team was not considered top team anymore. The Oilers qualified for the playoffs as the 8th seed in the Western Conference during the 2005-2006 season. During the postseason the team had numerous upset wins which made them reach the final of Stanley Cup. The Oilers lost the final to Carolina Hurricanes in a tight 7th game.

After that the Oilers performance went downhill and the team usually finished on last or second last position in the division of each season. The good outcome of this downhill scenario came in the form of having the opportunity to have 1st overall picks in the NHL draft from 2010-2012. The addition of young blood in the team had less influence on the team and the Oilers continued missing the postseason through the 2015-2016 season.

With the outstanding performance of center Connor McDavid, the team finally came to form in the 2016-2017 season and won 47 games. 47 is the most number of wins that the franchise has since the 1986-1987 season. The Oilers faced the shocking loss against Anaheim Ducks in the 7th game of the 2nd round postseason series. The team reverted in 20170-2018 and finished the season with a bad record and because of that did not advance to playoffs.

Edmonton Oilers game victories have made them earn quite a lot of respect and money. In December 2018, the team’s net worth was estimated to be around $540 million