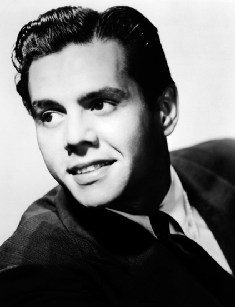 Desi Arnaz's birthplace is Santiago de Cuba. He was born there on March 2, 1917, to the family of Desiderio Alberto Arnaz y de Alberni II (March 8, 1894 – May 31, 1973) and his wife Dolores de Acha (April 2, 1896 – October 24, 1988). Desi's father was a politician serving as Santiago's mayor and a member of the Cuban House of Representatives. His maternal grandfather, Alberto de Acha, worked as an executive at rum producer Bacardi & Co.

We can know many interesting facts about Desi's family's life from the book he wrote in 1976. So, he described that they lived prosperously, owned three ranches, a palatial house, and even had a private island in Santiago Bay, Cuba. However, after the Cuban Revolution of 1933, president Gerardo Machado, and many rich people were sent to prisons. So, Desi's wealth father became a prisoner and lost all the property. Six months later, Desis's grandfather interfered and helped Alberto Arnaz come out from the jail. The family had to move to Miami. There young Arnaz entered St. Patrick Catholic High School. Later he studied at Saint Leo Prep where he learned English.

Desi had to earn a living and came to show-business. So, in 1939 he took part in the Broadway musical Too Many Girls. Later he was invited to play in the show's movie version at RKO with Lucille Ball.

In the 1940s the actor starred in Bataan alongside Robert Taylor. By the way, his fans think Desi's role in the movie to be the best in his career.

Soon Arnaz had to go to the Army but got injured. He completed his recruit training but was classified for limited service in the United States Army during World War II. He was to direct the United Service Organization (U.S.O.) programs at a military hospital in the San Fernando Valley. Working there, Arnaz saw that injured soldiers generally asked for a glass of cold milk. Trying to facilitate their sufferings, he invited movie starlets to meet them and pour the milk for them.

Having left the army, Desi became a leader of a successful orchestra: in general, they performed in hospitals. One of its members was Marco Rizo – he played the piano.

On October 15, 1951, the premiere I Love Lucy was released – this film brought enormous popularity to the actor. There Desi acted a fictional version of himself. He worked there with his former colleague and wife Lucille Ball. Interestingly, Desi got the role in this film due to Ball. So, initially, its producers found another pretendent for the role - Richard Denning, but she denied working with him. She argued with the directors, and at last, got what she wanted.

There were many various scenarios of the film, and the screenwriters had to re-write it several times. Although it was stated that American people would not like Desi's accent and Latin style, the couple overcame these objections. Due to the movie, they became the most popular and the most successful couple on TV.

They worked in the film while Ball's second pregnancy. Initially, the film's management was against the idea to show the pregnant woman. Concerned Arnaz referred to priests and ministers who said it was not prohibited in a low to display a pregnant woman and to use the word “pregnancy.” As a result, the directors gave up and allowed pregnant Ball play. Although they didn't let them use the word and replaced it by the “expecting”, two series' names included this word. So, one of them was called Lucy Is Enceinte («Enceinte» is the French word “pregnant”).

Besides this project, Arnaz was an Executive Director of the Ann Sothern Show and Those Whiting Girls (where Margaret Whiting and Barbara Whiting Smith starred) and took part in other projects such as The Untouchables, Whirlybirds, and Sheriff of Cochise / United States Marshal.

In 1956, he won a Golden Globe for Best Television Achievement.

After leaving the cinema, Arnaz didn't stop working. Having moved to Del Mar, California, he started breeding horses, did some charity work – he donated money to San Diego State University.

The former actor became a lecturer at the same university – he gave lectures on production and acting for television. Arnaz also tried out writing: in 1976 he published his own book called Book – it is an autobiography. There the readers may know about his way to success, about his childhood and youth, about the marriage with Ball.

By Desi's death, his net worth had been evaluated at $40 million.

Desi and Lucille together founded «Desilu Productions» - the firm aimed to provide many countries the multiple-camera setup. It resolved a big TV-problem: so, earlier, the largest TV markets were in New York. Only American people could watch programmes live: other countries' dwellers had to watch kinescope images.

Desi's firm helped many countries broadcast high-quality shows. In an interview, he said that the most challenging thing was to enable viewers to hear a sound. So, he and his colleague elaborated a set which would accommodate an audience, allow filming, and adhere to fire and safety codes.

When Arnaz and Ball divorced, their firm existed for some time, created the shows ( The Andy Griffith Show, The Dick Van Dyke Show, The Lucy Show, Mission: Impossible, and Star Trek. ) and helped other producers. Later Lucille sold her share of Desilu, and Desi left it too. He formed his own production company which produced The Mothers-In-Law (at Desilu) for United Artists Television and NBC.

Desi and Lucille's show maintained "basic good taste." There they avoided ethnic jokes and humor based on physical handicaps or mental disabilities.

Arnaz was patriotic. Once he said he didn't know any other country where 16-year-old boy could achieve such successes. Their show told about an American dream of the 1950s. Initially, the family lived in a small but cozy house. Later they took a chance and moved to a luxurious hotel in Hollywood. Then they got an opportunity to go to Europe. At last, the couple started living in a wealthy neighborhood in Westport, Connecticut.

Desi and Lucille's marriage was not calm. Arnaz often came home drunk. It made Ball think Desi to have betrayed her. She filed for divorce in September 1944. However, they reunited again.

The woman wanted to have kids, thinking it would help save the marriage, but had problems with conceiving: she endured two or three miscarriages.

Their daughter became popular for playing on the shows Here’s Lucy, Fantasy Island, Murder, She Written, and Law & Order . She earned a Golden Globe nomination for Best Supporting Actress in a Motion Picture after starring in The Jazz Singer.

The son initially was interested in music. The most popular songs of him are “I’m a Fool” and “Not the Lovin’ Kind.” Later he involved in acting and appeared on the shows The Brady Bunch, Saturday Night Live and The Streets of San Francisco. In 1992 he got the role of his father in The Mambo Kings. Interestingly, Desi Arnaz, Jr. had a loud romance with TV legend Patty Duke.

However, Lucille's and Dazi's marriage didn't cope with the problems it faced. Firstly, because of often shooting, they saw each other rarely.

Arnaz drank a lot. Some rumors said that he bought alcohol and consumed it alone desiring Ball to think he was with other women to evoke her jealousy. Once the drunk actor was arrested for singing serenades to girls on Hollywood Boulevard.

Misunderstandings between the spouses made them quarrel a lot. "They were fighting all the time when we were growing up. There was a lot of anger and screaming," remembered their daughter Lucie Arnaz. They tried to keep their personal conflicts in secret and even built a guest house in the backyard – a special place for quarrelling.

According to Arnaz, pressures of managing the production company and Lucille's efforts to control him forced him to look for outlets to alleviate the stress. In 1960 the couple divorced but stayed friends.

On March 2, 1963, Arnaz married again. His second wife was Edith Eyre Hirsch (née McSkimming). She got on well with Lucille, they often spent time together. Edith died in 1985, aged 67, from cancer.

Desi Arnaz had been smoking for a long time and eventually got sick: he was diagnosed with lung cancer in 1986. By the way, he started smoking because of working in the film where his character was a smoker. On December 2, 1986, the 69-year-old actor died. Two days before his former wife had called him and they said they loved each other: she didn't expect she would visit Arnaz's funeral several days later...

Five days later, the woman earned the Kennedy Center Honor. Arnaz was not buried but was cremated and his ashes scattered. His mother Dolores died on October 24, 1988, at the age of 92.

In honor of this great actor, the government built The Lucille Ball-Desi Arnaz Center museum in New York. Also, in the Celebrity Doll Museum, there is Desi Arnaz celebrity doll. It means the actor is still alive in his fans' hearts.