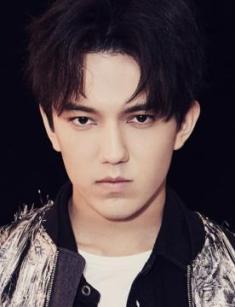 Dimash is a young singer from Kazakhstan, whose songs became known to millions of listeners and viewers around the world in a short period of time. His voice impressed the Chinese audience, and the singer received the prestigious Top Chinese Music Award, the Chinese equivalent of the Grammy Award. Nowadays, Dimash sings on the best venues of Russia and the Western Hemisphere. His performance impressed the judges of the American television show The World's Best.

Dimash Kudaibergen was born in Aktobe, Kazakhstan on May 24, 1994, under the zodiac sign Gemini. His parents are Svetlana and Kanat Kudaibergenuly Aitbayev who were awarded the title of Honored Music Artists by the Kazakh government. The mother is a singer at the Aktobe Philharmonic Society, and his father led the regional Cultural Development Board of Aktobe. He later became the producer of his son.

In 2001, Dimash’s sister Raushan was born in the family, and in 2007, the parents had his younger brother Abilmansur. From an early age, the children were taught to work and create. According to Svetlana Aitbayeva, the child should gain useful skills in childhood. It is not surprising that the boy began studying music from an early age. He first appeared on stage at the age of two, playing a bit part in a local theatre production.

At the age of five, Dimash enrolled in the children’s music studio, attending vocal and piano lessons. At that time, he first sang on the stage, impressing the audience with an incredible voice.

At the age of 6, the gifted boy won the national piano contest Aynalayin. Four years later, at the age of 10, he was already the host at various local events.

The singer won the first prize in 2010, performing at the international festival called Sonorous Voices of Baikonur. In 2012 Dimash became the Grand Prix winner of the annual national competition of young artists, Zhas Kanat. The same year, he won the television competition Oriental Bazaar, and a year later he won the International Festival "Making Asia."

In 2014, Kudaibergen graduated from Aktobe's Akhmet Zhubanov Music College, where his teacher was Marat Aitimov, who also taught his mother.

It is not surprising that the young man decided to connect his life with music. He entered Kazakh National University of Arts and began his studies in contemporary music (Jazz, Pop). Gradually the singer realized his creative potential even better. It turned out that Dimash has a wide vocal range of 6 octaves. According to the teachers, the young man cannot be considered a countertenor, since his voice spans from the bottom of the bass range beyond the top of the soprano range. Dimash's voice is a lyric tenor. He has mastered the bel canto singing technique, which helps to reveal Kudaibergen's singing talent.

The International Festival of Arts "Slavic Bazaar in Vitebsk" in 2015 was a turning point in Dimash’s music career. The performance of the musician was so successful that he instantly turned from a gifted Kazakhstani young singer into a performer who is known and admired in the post-Soviet space.

In the first round of the competition, Kudaibergen decided to perform the composition “Daididau” and scored 89 points, 4 points ahead of his rival, Belarusian Valeria Gribusova. The young singer performed the famous Russian song “Blizzard Again” written by Konstantin Meladze in the second round. He and Valeria scored 86 points. In the third round, Dimash chose a single called “S.O.S. d'un terrien en détresse," which was initially performed by Frenchman Grégory Lemarchal.

As a result, having scored 175 out of 180, Kudaibergen became the Grand Prix winner of Slavianski Bazaar. Besides, he received $ 20,000 in cash. Dimash has already been called Kazakhstan Vitas for a unique voice and ability to sing even the most difficult notes. His Instagram account has already had more than one million subscribers.

In 2015, the performer was also selected to represent Kazakhstan at ABU TV Song Festival in Istanbul.

In 2016, the singer received the State Grant by the President of Kazakhstan, Nursultan Nazarbayev.

Dimash has performed songs in Russian, Spanish, English, French, and other languages. So, the Russian-speaking listeners liked how the singer sang the song "Belovezhskaya Puscha" at the Slavianski Bazaar opening ceremony in 2016. Kudaibergen sang it as a duet with Nagima Eskalieva, the famous Kazakhstan singer and actress. The singer managed to work with fellow musicians, Mayra Muhammad-kyzy and Alisher Karimov.

In early 2017, Kudaibergen participated in the famous Chinese TV show I Am a Singer. He impressed the viewers, performing Lemarchal's “S.O.S d'un terrien en détresse.” The audience loved the charismatic performer from the very beginning. All of Dimash's performances in China are getting millions of YouTube views. He sang Vitas’ song “Opera 2” no less brilliantly.

Having sung the popular hit of the famous singer in China, Dimash not only won the love of the audience but also got into trouble. According to media reports, Sergey Pudovkin, Vitas’s producer, filed a lawsuit over the illegal use of the song.

According to the producer, Dimash and his representatives did not request to perform the hit song on such a massive stage; thus, they used intellectual property without permission. Pudovkin intends to ban Dimash from performing all Vitas’ songs.

The audience was especially impressed by the performance of Lara Fabian's song "Adagio," which the artist sang while accompanying himself on piano. The brilliant and touching performance of the song allowed Dimash to become the favorite singer of the show and won the second prize. Success at the competition in China offered excellent prospects for Kudaibergen in the Asian region and around the world.

In December, the singer signed a contract with designer Zaldy Goco, who had previously worked with Michael Jackson and Lady Gaga. Tall and slim Dimash has naturally curly hair. His mother told in an interview that she was delighted when foreign stylists decided not to straighten her son's hair.

According to TC Candler YouTube channel, the singer was ranked number 76 on the “The 100 Most Handsome Faces” list in 2017. Nowadays, the artist is 6.26 ft. (191 cm) tall and has a slim figure. In January 2018, Dimash was invited to the Global Golden Chart Awards ceremony in China. Dimash won the Best Artist of the Year Award.

Dimash is justly called a world-famous star, and people are proud of the achievements of their compatriot in Kazakhstan. Therefore, the singer became one of the main participants of the 2017 Winter Universiade opening ceremony in Almaty. He performed a duet with Zarina, created specifically for this occasion.

Dimash is passionate about singing, and it has become the artist's profession and a significant hobby in life. The singer appeared at the international competition, New Wave 2018, as a guest star. He performed the hit song "Sinful Passion."

In November 2018, Dimash toured across Russia. He first appeared on the stage of the Grand Kremlin Palace in Moscow singing the single “Love of Tired Swans," composed by Igor Krutoy. A new version of Lara Fabian’s song won the hearts of the Russian listeners. Kudaibergen’s fans even posted on YouTube an imaginary video of the Kazakh artist’s performance on the American television show X-Factor, which judge was Britney Spears.

The singer hides the details of his romantic relationship. He especially valued his privacy in China, after a brilliant victory at an international singing competition. Dimash became the idol of millions of Chinese women overnight. Girls began to chase the star, appearing wherever Kudaibergen was.

According to relatives, the artist has already found a girlfriend. Dimash dates Nursaule Aubakirova. Moreover, there are a lot of couple’s photos on his girlfriend’s Instagram account.

Nursaule studies at the Directing Department of the Kazakh National University of Arts, where Kudaibergen also graduated. The young people met and fell in love during their studies. Fans hope that the young woman will become Dimash’s wife because the couple has been dating for a long time, but so far there is no information about the wedding.

In addition to music, the star has discovered the talent of an entrepreneur. Dimash and his friend Damir Muratti started the production of personalized elite tea and chocolate. The brand has already gained fame in the artist’s homeland, as well as in Europe, the USA, and Latin American countries.

The singer’s life is full of bright events. At the beginning of 2019, Dimash joined the CBS talent competition show The World's Best, where actress Drew Barrymore, TV presenter RuPaul Andre Charles, and singer Faith Hill were juries. Besides Kudaibergen, who was called the "six-octave man" by the judges, one more talented singer from Kazakhstan, Daneliya Tuleshova, the winner of The Voice Kids Ukraine, participated in the TV show.

The singers competed in the solo music category and reached the semifinals, alongside Indian pianist Lydian Nadhaswaram. In all rounds, Dimash scored the highest points, so he was considered one of the contenders to reach the final and win. But unexpectedly the singer announced a withdrawal from the project. Kudaibergen decided to leave the opportunity to younger participants. As a result, the musician from India won.

In March 2019, Kudaibergen gave two solo concerts in the State Kremlin Palace in Moscow. Fans of the singer came to see the excellent performance from 56 countries of the world. Igor Krutoy’s production center supported the show. The Kazakh singer held “D-Dynasty” concert. Nowadays the artist is preparing for a solo performance in Nur-Sultan (Astana), which will be held in the middle of the summer at the Astana Arena stadium.

In 2019, the young man released the music video for his hit song "Love of Tired Swans," directed by Alan Badoev. It was filmed in Ukraine and Spain. The director used the idea of one-winged angels who could soar up only together. The visual style of video resembles the film Romeo and Juliet by Franco Zeffirelli.

A new song of the singer became Lara Fabian’s hit “Mademoiselle Hyde,” composed by Igor Krutoy. Kudaibergen has already performed the song on the stage of the Kremlin Palace and Channel One Russia.