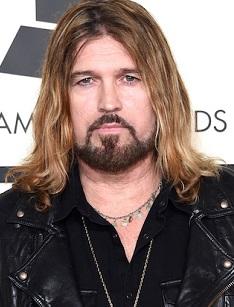 Billy Ray Cyrus is an outstanding American singer, songwriter, and actor. Every fan of country music has ever heard his name and his songs.

Remarkably, the celebrity didn't manage to come to prominence at once - he had to go through a fair share of struggles and rejections before advancing his projects to the top. Let's know the details of Billy Ray's biography!

Billy Ray Cyrus (original name is William Ray Cyrus) was born in Flatwoods, Kentucky on August 25, 1961, to the family of politician Ron Cyrus and Ruth Ann Casto. In his childhood, Bill was much influenced by his grandfather, who introduced him to gospel and bluegrass music. Cyrus grew up in the family where members were not so far from music. So, his dad played the guitar, his mother was keen on playing the piano, and his grandfather played the fiddle. It influenced Billy Ray when he was a kid, and he started singing at the age of 4. He tried playing his father's guitar, but it was difficult for him as for left-handed.

As a teenager, Cyrus received a baseball scholarship to study at Georgetown College. He created the band "Sly Dog'' with his brother, and they were hired as a house band for a club in Ohio – before fame, there they gave concerts pretty often. Soon, Cyrus dropped out of college to focus on music.

In 1984 a tragedy occurred - a fire burnt down the club where Cyrus was performing, and all his music equipment was entirely destroyed. The same year, he left for Los Angeles, hoping to secure a recording contract. However, the musician failed and had to return to Kentucky.

He often performed in Nashville – due to it, he was noted by country singer Del Reeves, who introduced him to the supervisors at Mercury Records. Its producer Harold Shedd said Ray Cyrus had obvious talent and they signed a deal.

1992 was marked by Bill Ray's debut album entitled ''Some Gave All''. The collection happened to be a huge commercial success. The musician sold more than twenty million copies worldwide.

The next year, his second album named ''It Won't Be the Last'' was released. It consisted of 4 tracks which got to the top of the charts. The musician embarked on a tour as a support for his two collections. So, he has performed at Three Rivers Casino, Miami Valley Gaming, Skylands Stadium and at many other luxurious places. Shortly after Ray decided to please his fans by new album ''Storm in the Heartland'', but it did not do well commercially.

By 1996, Billy Ray's popularity had reduced considerably. He released his fourth album ''Trail of Tears'' which was again a commercial failure.

In 1998 the musician published one more unsuccessful collection ''Shot Full of Love''. As a result, he decided to part ways with Mercury Records and was signed to Monument Records the next year.

In 2000 Cyrus added ''Southern Rain'' to the list of his collections. It was better than his last few efforts, but still didn't bring him immense success. He decided to stop making music for some time.

Three years later he returned, having published two Christian albums, ''Time Flies'' and ''The Other Side.''

From 2006 to 2012, Cyrus released five more albums with different labels. Among them, ''Home at Last'' is the most successful one – it reached number 3 on the 'U.S. Billboard Top Country Albums chart.

In 2009, he created an alternative rock band named ''Brother Clyde'' alongside three other musicians.

That time he collaborated with George Jones and Loretta Lynn.

On April 5, 2019 the musician released a remix on Lil Nas X’s rap song «Old Town Road.» His collaboration with the rapper did well and became a real hit at once. The musicians performed with the track at Hot 97's Summer Jam on June 2, 2019.

Besides music, Billy Ray Cyrus dedicated himself to acting. In 1999 he appeared in one episode of the TV show 'The Love Boat: The Next Wave.' Shortly after, he was invited to star in an independent movie titled Radical Jack.

In 2001 he starred in the medical family drama Doc, which gained popularity with the viewers and consisted of five seasons. Since then, he has made guest appearances for a few TV shows, also hosting the reality show Nashville Stars.

In 2006 he started working in the popular musical comedy TV series Hannah Montana, in which his daughter Miley Cyrus had the main role. He also appeared in Hannah Montana: The Movie. The picture brought commercial success, grossing more than 155 million at the box-office.

Billy Ray Cyrus’ net worth is evaluated at $20 million.

In 1986, Cyrus married Cindy Smith, who also co-wrote the songs ''Wher'm I Gonna Live?'' and ''Some Gave All'' with him. The tracks were a part of his first album ''Some Gave All''. The spouses divorced five years later.

In 2018 the spouses visited Miley and Liam Hemsworth’s wedding together.

Cyrus has had a relationship with Kristin Luckey, with whom he also fathered a son, Christopher Cody. Cody was raised by his mother in South Carolina.

When in 2013 journalists asked Billy Ray about his reaction on Miley’s controversial music video «Wrecking Ball», he said he saw nothing bad. According to him, she was naked in order to express how broken she was.