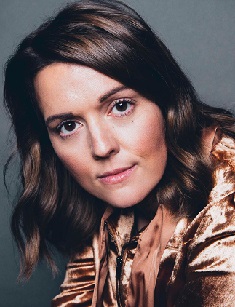 Brandi M. Carlile is an award-winning singer, songwriter, and producer with a wide range of music genres. By 2018, Carlile has had six studio albums along with seven nominations for Grammy Awards. Her album “The Firewatcher’s Daughter” has received one nomination while “By the Way, I Forgive You” has received six.

Carlile pursued her career in music early in her life. She dropped out of high school and taught herself to play piano and guitar. She released her first major label album entitled Brandi Carlile in 2005. While it received limited commercial success, it did catch the attention of critics. With Carlile’s 2007 title track “The Story”, she received wider recognition among consumers, selling over 500,000 copies to date and receiving gold status in 2017.

Brandi Carlile’s songs have crossed many genres over the years, including rock, folk, alternative country, and pop. She once said that her voice has gone through changes and her genres have changed with them. But through pop, blues, and R&B, she couldn’t remove the western and country out of her voice.

Carlile has been active in many activism campaigns. She is a supporter of many causes from women empowerment to spreading awareness for health issues.

Carlile was born in Ravensdale, Washington on June 1, 1981. Ravensdale is a small town far outside of Seattle. With no neighboring houses for miles, Carlile built forts, went in the woods, and played music with her siblings Jay and Tiffany. Brandi taught herself how to sing when she was young. By the age of eight, she was singing country songs on stage. She went to Tahoma High School for a while, but left early to continue her music career. She was diagnosed with attention-deficit disorder at this time.

By the age of eight, Carlile performed "Tennessee Flat Top Box" by Johnny Cash along with her mother, Teresa Carlile, who was a singer as well. Brandi began to write songs and play the guitar by age 15. She worked with an Elvis impersonator as a backup singer by age 16. She would then learn to play the piano after being inspired by the music of Elton John. At present, Brandi Carlile age is 38.

In 2000, Carlile made many self-released recordings of her songs which were sold poorly. She earned a contract with Columbia Records on 2005 and released her album “Brandi Carlile” on the same year. Critics loved the album, with Rolling Stone adding her to their 2005 list of “Artists to Watch”. Along with her Brandi Carlile’s band, she worked on her second album “The Story” in 2006 together with producer T-Bone Burnett. Its release in Spring of 2007 saw good reviews. Its sales were further boosted with title track being featured in many commercials, including a General Motors ad that was shown on the 2008 Beijing Olympics. In late 2009, she released “Give Up the Ghost”, which got to the Top 40 while featuring work from producer Rick Rubin. The album included a duet with her childhood idol Elton John.

In 2010, Carlile started with XOBC, an EP themed around Valentine’s Day. She was also on Brandi Carlile's tour, with a highly successful performance in the summer at the annual Bonnaroo Festival. She has also had two shows in November in collaboration with the Seattle Symphony. Their concerts together were recorded into an album, “Live at Benaroya Hall with the Seattle Symphony”, which was released the next year.

Carlile’s album “The Story” had its tenth anniversary in 2017. To celebrate, Carlile collaborated with War Child, a non-government organization that provides help to children in areas of conflict. Together, they launched The Story Campaign, a campaign to share the stories of children in war torn areas, and “Cover Stories”, an album which features covers of songs from the original “The Story” from a variety of famous singers. The album was inspired by a cover of “Hiding My Heart” sung by Adele, and also features other singers like Kris Kristofferson, Dolly Parton, Jim James, the Avett Brothers, Pearl Jam, among others.

Carlile’s sixth album, “ By the Way I Forgive You”, featured work from producers Shooter Jennings and Dave Cobb. The LP is Carlile’s best chart performer to date. She sang and orchestral version of the album’s closing track “Party of One” with English singer/songwriter Sam Smith in October 2018. Brandi Carlile at the Grammys received six nominations in December 2018.

In 2010, Carlile won Seattle's City of Music Breakthrough Award. In the same year, she was nominated for the Outstanding Music Artist Award in the GLAAD Media Awards. “The Firewatcher’s Daughter” received a nomination for Best Americana Award at 58th Grammy Awards in 2015. In 2018, she received three nominations in the Americana Music & Honors Awards. She was nominated for Artist of the Year, Song of the Year with “The Joke”, and Album of the Year wish “By the Way, I Forgive You”. The album was also nominated in the UK Americana Awards for International Album of the Year with “The Joke” winning International Song of the Year.

Carlile has identified herself as a lesbian in November 2002’s interview. Brandi Carlile and Catherine Shepherd got engaged in June 2012 and got married on September 15, 2012. They now have two daughters. Across the Paramount Theatre, Seattle, a restaurant called The Carlile Room is inspired by Carlile herself.

Carlile has several pets, including a Rhodesian Ridgeback dog, a cat, a goat, a horse, and five chickens. She is a Christian, has AURYN tattoos on her shoulders, and lives in Maple Valley, Washington.

Carlile’s many albums reportedly earn her about $500,000 a year. Her current estimated net worth is $2 million.