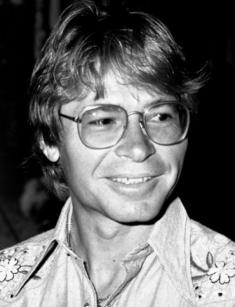 John Denver, an American singer is considered to be on of the most influential voices in music who has existed in the last century. Even nowadays his songs are popular around the world.

Denver’s popularity peak was in the 1970s – he has received lots of fans due to his music’s themes – he sang about vibrant things, country life, nature or about his own thoughts on love. Having started his career in the 1960s, John Denver succeeded become one of the most loved music stars not only in the entire United States but in many other countries. Remarkably, Denver was extremely talented – he wrote lyrics and composed his singles on his own. Behind music, Denver dedicated himself to cinema. So, his fans could see him starring in some popular movies. It’s high time for us to look inside Denver’s life, fame and death.

As a 2-year-old kid, John Denver received a present by his grandmother - a Gibson guitar. Since the moment, John became interested in music.

His interest increased throughout his teenage years. Having graduated from a high school, future celebrity entered 'Texas Tech University' located in Lubbock to study architecture. Studying there, Denver became a member of the band 'The Alpine Trio.' There he got his nickname – John Denver.

In 1963, John Denver left the university and decided to try out music in Los Angeles. So, he moved to LA, and joined there a folk group called 'The Mitchell Trio'. It marked the beginnings of his professional music career. Denver sang along the band’s member at local pubs, clubs and concerts, such as Red Socks (1974), at the Apollo Theatre, at Camden Yards.

So, initially, at the start of his career, John Denver strived to stick to the band. However, in 1969 he decided to leave the group and focus on his solo career. That time and his debut album was produced. It was entitled 'Rhymes & Reasons.' The same year, Denver released a top song 'Leaving on a Jet Plane'. Interestingly, the song had been recorded two years before its release. The track is still considered among the best songs that have ever been composed on farewell and travel.

The next year, the musician released two albums named 'Take Me to Tomorrow' and 'Whose Garden Was This'. A year later his next album became another huge hit thanks to the song 'Take Me Home Country Roads' and sold a million copies.

The 1970s were successful for the artist - he constantly produced new singles and albums, got majorly positive reviews. He worked under the guidance of his manager and producer Jerry Weintraub. Some of the hits included 'Sunshine on my Shoulders,' 'Annie's Song,' 'Thank God I'm a Country Boy'.

During his career, Denver has also been invited to TV shows and movies. So, in 1974 John Denver appeared in the hugely popular The Muppet Show in 1974. Three years later he was a member of the cast of the movie Oh God, and although it wasn't a hit, it showed that Denver was an extremely marketable brand.

In 1977, along with author Werner Erhard and physicist Robert Fuller, this renowned artist successfully established 'The Hunger Project' and it was only the beginning of his future work as an influential peace activist.

Denver’s following most popular singles were «Along For the Ride,» «Around and Around,» «You Fill Up My Senses,» «For Bobbie,» «Like a Sad Song.»

John Denver’s net worth had been evaluated at $60 million at the moment of his death.

In his life, John Denver has had two wives. So, for the first time Denver married Annie Martell in 1968. The spouses had two kids together; a son named Zachary and a daughter named Anna Kate. However, they ended up divorcing after twelve years of marriage.

In 1988 John Denver remarried after Annie – he tied the knot with Cassandra Delaney, an actress from Australia. They gave birth to their daughter named Jesse Belle, but this relationship also ended in a divorce.

Denver was died on October 12, 1997, when his experimental Rutan Long-EZ plane, aircraft registration number N555JD, crashed into Monterey Bay near Pacific Grove, California, while making a series of touch-and-go landings at the nearby Monterey Peninsula Airport. Denver was the only occupant of the aircraft. Identification was not possible using dental records; only his fingerprints confirmed that the pilot was Denver. Multiple blunt force trauma resulting from the crash was named the official cause of death.

Remarkably, by that time, John Denver had had over 2,700 hours of experience. He had pilot ratings for single-engine land and sea, multi-engine land, glider, and instrument. He also held a type rating in his Learjet. He had recently purchased the Long-EZ aircraft, made by someone else from a kit, and had taken a half-hour checkout flight with the aircraft the day before he died.

It was revealed, Denver was not legally permitted to fly at the time of the accident. In previous years, Denver had been arrested for drunk driving. In 1996, nearly a year before the accident, the Federal Aviation Administration learned that Denver had failed to maintain sobriety by failing to refrain entirely from alcohol, and revoked his medical certification. However, it was stated the accident was not influenced by alcohol use, as an autopsy found no sign of alcohol or other drugs in Denver's body.