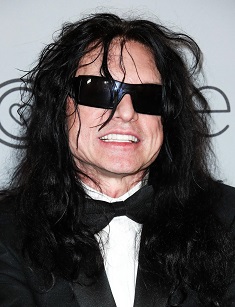 Tommy Wiseau is a very extraordinary character. Different sources give different information about him. According to Greg Sestero, whose girl got Wiseau’s immigration documents, Tommy is the native of Poznan, which is located in Poland, Europe. He was born there in 1955. Nowadays he is well-known Hollywood producer, actor, writer, and director. He gained wide acclaim thanks to his movie The Room, which he directed, scripted, conceived, produced, and starred in. His net worth reaches $500,000.

Tommy’s birth name was Piotr Wieczorkiewicz, according to some sources. He was born on October 3. In various interviews, Tommy gave different information about his childhood. In one of them, he told that his native country was France. In another one, Tommy reported that he was growing up in New Orleans, Louisiana. In 2016 Rick Harper issued a documentary “Room Full of Spoons”, where he claimed that Tommy had Polish roots.

The exact age of Tommy is also a subject of discussion. He told that his birth year was 1968. However, actor Greg Sestero reported, that Tommy was born in 1955. Let’s sum up; there is evidence that Tommy is from Poland, and he is 63 years old.

According to Sestero, Piotr moved to San Francisco from Louisiana. He knew that bird toys were popular in Europe and decided to sell them to tourists In San Francisco. People called him “The Birdman”. When he became a US citizen, he changed his name and became Tommy Wiseau. It is a form of the French word “oiseau”, which means “bird”. Tommy turned only one letter and made his nickname his real. However, Tommy approved that at that time he studied in Laney Community College in Oakland.

Wiseau earned money in different ways. First, he was a waiter’s assistant, and then he was a hospital worker. Later he founded his company, which was engaged in selling defective jeans. Soon Wiseau was engaged in real estate, bought and rented large retail spaces. It helped him to become rich. However, it looks unlike. He hadn’t had any success in other jobs and made small tasks. It is hardly believed that he could succeed in such difficult field.

There was even opinion that he was involved in organized crime, which later laundered money through his films. Soon Tommy got into a car accident and spent several weeks in a hospital. When he recovered, he decided to start a career in movie making. All the information, given by Greg about Tommy Wiseau, is in his book

“The disaster artist: my life inside The room, the greatest bad movie ever made”.

Wiseau tried to get into Hollywood in 1980s. Tommy enrolled in Vincent Chase’s acting class in 1994. There is information that he also visited movie classes at L.A. Community College. It’s impossible to say that Tommy had success in his first efforts. He directed one student movie Robbery Doesn’t Pay. That’s why the budget of $6 million, which were received by him in 2003 for directing a movie, seems incredible. Still nowadays nobody precisely knows where he got the money for making The Room. The most popular opinion connected him to the organized crime, which laundered money thanks to The Room. It is the main work of Wiseau’s career. The movie was recognized as the worst ever made. At the same time, it was considered to be a cult movie. Tommy was its director, producer and the main actor.

The Room was based on his novel, which was not published. The movie showed a lot of unfinished stories with very scanty dialogues. However, the movie was shown all over the world. Greg Sestero was also the main star of that movie. Later he wrote the autobiography, which contained a lot of facts about Tommy Wiseau’s life and movie. In 2017 this book was filmed. James Franco played the role of Tommy. The title of that movie was The Disaster Artist. Tommy Wiseau approved the cast and their play publicly and made a cameo appearance in a post-credits scene as Henry. James Franco got the Golden Globe Award for the role of Tommy.

In numerous interviews, Wiseau didn’t give exact answers to the questions about his life and always reduced the topic of conversation to a discussion of The Room. There a lot of different information about that movie and Tommy could speak about it for hours. Later works of Tommy didn’t get such a resonance as The Room. In 2004 he produced a short documentary Homeless in America. Only in 2010, he took part in some minute parody horror movie. In 2015 he reported that he wanted to direct a sequel to Fantastic Four. In 2016 Wiseau and Sestero became the stars of Sestero’s movie Best F(r)iends. It was released in two parts in Los Angles in 2017. Thanks to James Franco’s playing in The Disaster Artist, Tommy won the fan’s recognition.

In 2017 The Room got new fame. Wiseau and Franco gave interviews together, where they discussed the movies. James visited the show of Howard Stern and talked to him about how he stayed in character as Wiseau even after they had stopped the cameras. Tommy was engaged in a sort of permanent press tour. He even started to give lessons about movie making. He started to make viral content. First, he expressed an interest in appearing in the Star Wars: The Last Jedi on his Twitter. Then Tommy was trying to steal Joaquin Phoenix’s part as the Joker in an upcoming movie. First, Tommy contacted the director, asking him to give him the role.

Then Greg Sestero agreed to become Tommy’s Batman. On the Internet, there are appeared short videos, demonstrated Tommy’s abilities as a joker. He made very impressive makeup. His playing was really crazy. However, Tommy couldn’t convince the director to give him a role but became the Internet star. The fans are waiting for his new parody videos. He is really great in this field. The fans also liked to compare Loki from Marvel Studios movies with Tommy Wiseau. They were sure that Loki seemed like Tommy in his movies and made a lot of memes on this topic.

The next Wiseau’s project is a killer shark movie. Its teaser was shown at a German screening of The Room. The teaser video also shows the film’s titular shark, which looks on par with what you’d expect from the director of The Room. Also like that movie, Big Shark seems to be very hilarious yet hard to stop watching and could end up becoming a cult classic of its own.

According to Sestero, the plot is about three firemen, played by Sestero, Wiseau, and Isaiah LaBorde, trying to “save the world” from the powerful shark. The current plan is to shoot the movie this year in time to premiere it at the Prince Charles Cinema in September. This could be the perfect time for Wiseau to make a killer shark movie. With the Sharknado franchise finally coming to a close, Big Shark could fill the void for a fun-to-watch cheesy shark film.

For whatever reason, people love to watch killer shark movies, no matter how ridiculous they might be. The phenomenal success of the Sharknado film series is the perfect example of that. Hopefully, Big Shark will be just as entertaining in its own right, and have just as many quotable lines as The Room.

The first TV work of Tommy Wiseau was released in 2008. He was the producer of The Neighbors. The sitcom was very low estimated. The Neighbors took place entirely at an apartment complex, ostensibly in the US, with well over half the total scenes lazily playing out in the apartment manager’s office. This entire affair seemed to have been shot multi-camera, like a classic sitcom. However, unlike a studio show, this one was shot on location, and three cameras didn’t really fit in the room, so each angle was slightly off, and shots were very mis-framed.

Tommy’s other TV appearance happened in 2009 when he was a guest in an episode of Tim and Eric Awesome Show, Great Job! After that episode, Tommy was interested in further working with Eric and Tim. And his third and the last TV appearance was in 2010, when Tommy took part in Marc Wootton’s comedy TV series La La Land.