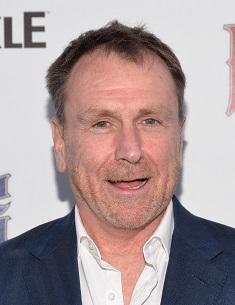 The native of Brooklyn, Colin Edward Quinn received wide acclaim as a stand-up comedian, movie actor and TV personality. He started his career in 1984 and succeeded to work on several American TV channels (NBC, CNN, MTV, and Comedy Central). Colin worked had various occupations. He worked as a movie and TV series actor, he hosted and wrote shows. Some of his projects were released on Netflix. In 2019 he married.

Colin has an estimated net worth of $5.5 million. It comes from the fortunate earnings he has made through his successful career. In addition to this, he is also a writer who has also contributed to his net worth.

Colin’s grandparents left Belfast in the 1920s and moved to the Park Slope section of Brooklyn, which was once filled with first-generation Irish families. Quinn was born there on June 6, 1959. His parents were the usual teachers. Colin couldn’t boast of a rich life. He studied at John Dewey High School. If he managed to finish school, he could not say the same about the university.

He became the student of Stony Brook University (SBU) but rapidly dropped it out. Colin had serious problems with alcohol. His addiction brought him a lot of troubles. He even was arrested several times. In the 1980s, he could overcome his problem and begin his stand-up career.

The first rays of glory came on Colin in 1987. Started in 1984 as a stand-up comedian, Quinn became the co-host on MTV channel. He worked in a project titled Remote Control. It was MTV’s first original non-musical program, and first game show. There were five seasons of the show, and Colin worked at all of them.

In 1989 Quinn started to spend more time on stand-up. He was invited by A&E to host the show. That time he offered the idea of parody video. He wanted to make a comedic video to laugh at a single of LL Cool. The parody was titled Going Back to Brooklyn. Quinn worked hard at A&E, writing the show’s scripts, coming up with concepts for the show.

NBC’s chiefs estimated Quinn’s talent and offered him a job. In 1996-2000 he was a part of SNL. After his retirement, Quinn started to host his own show Tough Crowd with Colin Quinn. He had a lot of guests, and one of the best was Patrice O’Neal. Sometimes Colin told that liked that episode too much. After Patrice O’Neal’s death, Colin expressed deep condolences. He visited a memorial benefit show for O’Neal’s family at NYC Center along with Bob Kelly and Bill Burr.

In 2012 Colin Quinn and Mario Joyner appeared in one episode of Comedians in Cars Getting Coffee. Quinn joined Jerry Seinfeld for a ride to Brooklyn in a 1976 Triumph TR6, where they met up with their comedian friend Mario Joyner.

Three years later Colin Quinn joined the list of mainstream comedians to star in their own web series with Cop Show, a satirical take on the making of a crime drama in New York City. Cop Show debuted on LStudio.com on February 18, 2015. Episodes for the weekly eight-part series — directed by J.D. Amato and written by Mr. Quinn — were typically five to six minutes long, with a guest star.

In May 2019 CNN announced about the release of hour-long special from Quinn titled Red State Blue State. It was a presentation of his Off Broadway show of the same name that ran in New York earlier that year. In the special, Colin “brought the funny tackling the absurdities, hypocrisies, and calamities on both sides of the political divide”.

Quinn became widely known thanks to his five years on Saturday Night Live. When he started to work, he couldn’t assume that he would turn from a simple writer into one of the main figures of SNL. After one year he joined the casting team. He showed himself with his original ideas and unusual characters.

In 1997 Quinn received an invitation to take part in the filming of Austin Powers. He refused and still regrets that decision. Already in 1998, Quinn became the host of Weekend Update, sketch and fictional news program that comments on and parodies current events. It was the main project of Colin until his retirement in 2000.

In 2016 Colin’s stand up on Netflix, called The New York Story, was released. In the list of 50 best stand-up Netflix also included Unconstitutional. Quinn could talk for hours without stopping, and he’s a great storyteller that this special was almost instructional and educational just as much as it was hilarious. If you aren’t a historian of New York City, this will catch you up better than most history books.

Quinn had a heart attack at the beginning of 2018. Being in the final stage of recovery, he posted on Twitter the message, where he advised his fans to arrange a funeral bigger than Al Capone had. He was on medication and went to physical therapy, more cardio. He was forced to stop eating bacon, which he almost adored.. Some months later, he visited Late Night with Seth Meyers to talk about what it's like to survive a heart attack.

In 2018 Colin was engaged to Jen Sochko, Late Night With Seth Meyers producer. On June 8, 2019, they tied the knot. The NYC comedy world celebrated the wedding. The pair married at the old Williamsburgh Savings Bank building known as the Weylin. There were such personalities as Jimmy Fallon, Jim Norton, Tim Meadows, Seth Meyers, Robert Kelly, and others. Tom Papa led the ceremony.