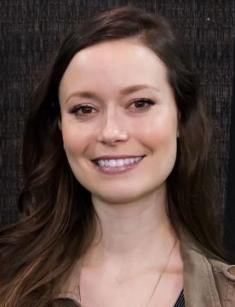 The famous TV actress, Summer Glau, started a career in the show business at the age of 21 and during that time managed to portray dozens of characters, including cyborg girl Cameron Phillips in the Terminator spin-off, genius River Tam in Firefly, Isabel Rochev in Arrow. A variety of roles and exceptional talent allowed Summer Glau to win the Saturn Award and SFX Award.

Summer Lyn Glau was born on July 24, 1981, in San Antonio, Texas. The girl was the first child in the family of the architect and school teacher, then two more daughters, Kaitlin and Christie, were born. The children had Scottish, Irish, and German ancestry.

At the age of 5, Summer began to practice ballet. Rehearsals, additional courses in ballroom dancing (flamenco and tango) took time, so in the third grade, the girl had to abandon standard school education, and she was homeschooled from grades 3 to 12.

During a rehearsal in 2000, Summer failed to perform a pirouette. Doctors diagnosed a broken toe. The girl underwent treatment, but could not go on the stage again.

However, fortune smiled on her. When she visited her friends in Los Angeles, Summer was offered a role in the musical Selena Forever. She auditioned and was cast in a supporting role. In 2002, the girl moved to this city and was determined to pursue an acting career.

Summer Glau began an acting career with a bit part in the series Angel (the episode "Waiting in the Wings"). The debut, ironically, was closely connected with the past because the young actress performed a piece from the ballet Giselle and, despite the injury, did it brilliantly.

Emotional fragility and grace, as well as an innate talent, convinced Joss Whedon, the creator of Angel, to invite Summer to the shooting of another series Firefly. The project quickly became cult in the USA and Canada. Whedon said in an interview with Jam! Magazine that Firefly was a story about

"Nine People looking into the blackness of space and seeing nine different things."

The series shows the events of 2517. The two superpowers, China and the United States, fused to form the central federal government, called the Alliance. The Earth is different; it could not stand overpopulation. The surviving representatives of mankind are settled on planets and satellites, and although the conditions of existence have changed, the economic, political, and technological problems have remained the same.

The spaceship Firefly travels between planets. The Serenity detachment carries goods and sometimes does it illegally. But the most valuable treasure on board is River Tam, Summer Glau’s heroine.

The girl possesses telepathic abilities, anticipates the future, hears voices. These gifts manifested themselves in her youth when the Alliance researchers experimented on the girl, being interested in her intellect. Due to interference with the brain, River sometimes behaves aggressively, and her brother Simon, a surgeon who has abandoned the prestigious profession to save his sister, helps to control internal monsters.

The series was released on FOX in 2002. Fans of the space story were not satisfied with the 14 episodes, so in 2005, Joss Whedon decided to shoot the full-length film Serenity. Glau also participated in the project, and her character became the main one. The film tells the story of River Tam. It shows how she and brother Simon appeared on the spaceship Firefly, why they experimented on her, what the girl knows about the planet Miranda, which has been lost.

Fans and lovers of science fiction liked the thriller, filled with secrets and space battles. The movie Serenity won the Hugo Award and Saturn Award, the leading sci-fi awards. Summer Glau also won the Saturn Award for Best Supporting Actress for her role of River Tam.

After filming in the projects about the Firefly universe, the actress played bit parts in several detective series: Cold Case, CSI: Crime Scene Investigation, The Unit, The 4400. The next achievement in Summer Glau filmography was the spin-off Terminator: The Sarah Connor Chronicles.

Viewers have already known the characters of the series: Sarah Connor and her son John. The family encounters a terminator whose goal is to kill the boy. Cameron (Glau), a young cyborg girl, is sent to defend him. She skillfully masquerades as a person, eats food and experience emotions, unlike other versions of terminators.

Summer did not want to participate in the project; she worried whether she could blur the lines between the behavior of a person and a robot, and not forget about the machine nature of the character. She accepted the offer thanks to the parents who believed in her talent. Later, the creator of the series, Josh Friedman, admitted that Glau was his only candidate to portray Cameron.

Fans of the Terminator liked the image of Cameron so much that the girl played herself in the popular series The Big Bang Theory. The title characters Sheldon, Leonard, Howard, and Rajesh meet Summer Glau, traveling by train. The plot of the episode ("The Terminator Decoupling") focuses on the attempts of scientists to get acquainted with the "sexual terminator."

The American actress took part in the filming of the TV series Dollhouse, Chuck, Alphas, Grey's Anatomy, Castle, Arrow, played the title role in the film Deadly Honeymoon (the girl wore a bikini most of the screen time).

For several years, Summer Glau dated photographer Cooper Reynolds. It was assumed that they would celebrate the wedding, but the lovers did not become husband and wife.

The actress improved her personal life, having met actor Val Morrison. They have two children: Milena Jo (born in January 2015) and Sunny Izabo (born in October 2017).

Summer does not have pages on social media (the Instagram profile has been inactive since October 2014). She does not talk about personal life and does not share photos without makeup with her fans. The girl prefers to plunge into life, spending time with her family and starring in movies.

The actress wants to make a film about dancing. Summer said in an interview with MediaBLVD in 2018:

“I have three goals, and one of them is to make a movie about dancing. My friend, director Joss Whedon, and I are working on this. For a long time, we have cherished the idea, but there was no opportunity to implement it. We are in now!”

It is worth mentioning that there is no information about the upcoming projects, featuring Summer, on the movie sites.

Summer Glau has a net worth of $4 million.