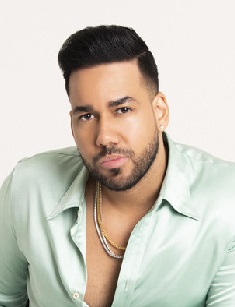 Romeo Santos is an American singer, songwriter, actor, and former lead vocalist of the Bachata band Aventura. After quitting the band, Santos went solo and made a highly illustrious career. He has a unique style of performing and is considered to be one of the most prominent Latin artists of late. Romeo is also called the "King of the Bachata genre."

Anthony Romeo Santos was born in The Bronx, New York City. He comes from a modest family. His father is a Dominican who worked in construction. His mother is Puerto Rican by origin. She did the housework and was responsible for kids upbringing. The musician openly accepts that his mother has always been the closest person to him.

As a kid, Romeo Santos plunged into the world of music, thanks to his parents, who liked listening to tropical music. His favorite genres were Salsa, Merengue, and Bachata.

Romeo became inspired by all these magic sounds. At the age of 13, he entered a church choir. A young boy demonstrated his vocal skills to the public and got a lot of approval from his relatives and friends. It seemed that he found his destination in life. Romeo's sweet voice and excellent sense of music set him apart among the others.

A singer started thinking of founding a music band. After a while, he headed a local group called "Los Teenagers." The band made performances in the streets and started gaining popularity among the younger generation in New York City.

Romeo's first band "Los Teenagers" was gaining in prominence. In 1995, the group released the album called "Trampa de Amor." Later the musicians chose another name for their band; they decided to call it Aventura. In 2000, artists let out their debut album "Generation Next." In 2002, the Latin stars got worldwide fame after releasing the album "We Broke the Rules."

In April 2011, Romeo Santos declared about the leaving "Aventura." He realized that he could be an independent artist. He set to work on a solo album, and on May 9, Romeo presented his first single called "You" from his debut album "Formula, Vol. 1". The composition was placed on top of the music charts and became a huge success to a rising star.

The same year, Romeo recorded his second single "Promise," in collaboration with American pop and R&B singer Usher. The song became a hit and their music video gained over 2 million views on YouTube as for now.

In 2012, Romeo was at the peak of popularity. He gave three concerts in New York City's famous Madison Square Garden with sold out. As well as in 2014, the King of Bachata performed at Yankee Stadium and became the first Latin singer to lead the show there.

In February 2017, he released a new single called "Héroe Favorito" from the third studio album "Golden." The beautiful song was a combination of jazz and bachata. It found a huge response among Romeo's listeners.

In April 2019, the fourth studio album "Utopia" became available on Spotify. Romeo was proud to work on the album alongside music stars such as Anthony Santos, El Chaval de la Bachata, Luis Vargas and others.

Romeo is famous for his dramatic breakup songs. He is an expert in singing about a broken heart. Santo is a romantic singer and his songs are about love, deception and forgiveness. The main component of his music video is a beautiful girl, to whom he dedicates his odes. In one of his video clips, a Russian supermodel Irina Shayk played the leading role.

His top tracks include "Cancioncitas de Amor," "Yo Tambien" in the duo with Marc Anthony, "Promise" feat. Usher, "Odio" feat. Drake and many others.

The band was formed by Romeo Santos in 1996 with his cousin Henry, and Lenny, and Max, who were his close friends.

Aventura released their debut album in 1999. The musicians had an idea of popularizing bachata music and making it the mainstream. They also desired to mix it with hip-hop and R&B styles.

In 2002, the song "Obsesión" sprang into fame in many countries. It took top positions in many international charts.

In a decade the music band put out five studio albums. They hit the public with their romantic compositions, in which they successfully combined different styles of music. Moreover, they performed in two languages, Spanish and English. Their most popular songs include "Obsesión," "Cuando Volveras," "Un Beso," "Los Infieles," "El Perdedor," and many others. It is important to note that despite the mixing of styles, the musicians were able to preserve their originality.

A significant event for the group was giving a concert for the 44th President of the United States Barack Obama at the White House in 2009.

After runaway success, the group broke up in 2011. According to Romeo, the band members were eager to take a pause to work on their individual projects. Aventura made a comeback performance at a concert in 2014 and went on tour for the next two years.

Romeo tries to keep his personal life a secret, and he succeeds in it. Not much information is available about his love affairs. In 2016, there were rumors that Romeo was in a long term relationship with an unknown girlfriend and that the duo was going to get married soon. Talks spread after a singer posted a photo on his Instagram profile. On the picture, a couple was posing together. After careful examination, fans distinguished an engagement ring on the girl's finger. At present, Romeo is considered to be single.

Romeo Santos has a son from a previous relationship. His name is Alex Damian Santos.

Aside from music, Romeo had a chance to star in two outstanding movies. He got a crucial role in the popular action film titled "Furious 7". The singer was lucky to voice a character in the "The Angry Birds Movie."

Romeo Santos once appeared on Sesame Street. In the episode, he sings a song "Quiero Ser Tu Amigo" with Elmo. The singer performed the song both in English and Spanish.

Romeo's fans were enthusiastic about his childhood photos which the singer posted on Instagram. He was comparing himself before and after he became a celebrity. In the interviews, Romeo stated that he was a shy skinny kid with long hair. It's hard to believe, but according to his words, he was not confident at all. It took him a while to talk to the crowd and communicate with the audience during his concerts.

Santos is an active user of social media and has a big fanbase. He keeps in touch with his listeners on Facebook, Instagram, and Twitter. Romeo has over 14 million followers on Instagram. He likes to post videos and photos from his everyday life as well as short clips from Latin music videos. He shares his favorite music bands and artists. His Facebook page has more than 33 million subscribers.

Romeo Santos has an estimated net worth at $30 million.