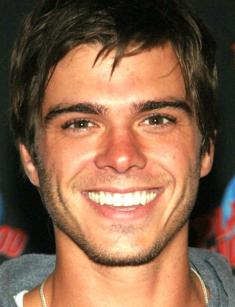 Matthew William Lawrence is an American actor of Italian, English and Scottish origin. One of his most famous roles was in the Boy Meets World sitcom where Ben Savage also starred.

The future celebrity was born on February 11, 1980, in Abington Township, Pennsylvania.

His mom's name is Donna Lynn, she's a personnel manager. His dad's name is Joseph Lawrence Mignogna, he's an insurance broker. Joseph discarded the Italian surname before Matthew was born.

The star has two brothers, Andy and Joey. Both are actors too. Contrary to a stereotype, none of them are twins. Matthew is the middle-born. He has stated in several interviews that Joey is his main hero.

In 1986, Matthew debuted as a singer together with Joey at the Thanksgiving Day Parade organized by Macy's. In five years, he sang at the same event once again.

Since then, he has sung in numerous movies and TV shows. Sometimes, he would play the guitar as well.

The inaugural Matthew's role happened to be in Dynasty in the mid-1980s. He moved to New York to acquire acting skills at HB Studio.

A bit later, he participated in several Disney projects and the Daddy movie with Ben Affleck.

In Brotherly Love, he acted on the screen together with his real-life siblings.

In 2010, Joey launched the Melissa & Joey sitcom on ABC Family. The next year, Matthew appeared there as a guest star.

In 2022, he tried his hand at the Worst Cooks in America TV show where celebrities took part.

The star once confessed that if his acting career had failed to take off, he would have chosen a job related to taking care of animals.

In 1999, Matthew had a brief affair with Danielle Fishel, a fellow actress.

In 2007, he began dating Cheryl Burke, a professional dancer. The next year, they broke up but reunited ten years after the beginning of their first relationship. In 2018, they got engaged. The next year, they tied the knot in California. In 2022, Cheryl filed for divorce and in around half a year, it was finalized.

From 2013 to 2015, the actor tried to build a romantic relationship with Laura New, an Australian actress.

A few months after leaving his wife, Matthew got a new girlfriend: singer, dancer and actress Rozonda Thomas, better known as Chilli from TLC.

The actor doesn't have kids.

Plus, he has been featured in over 30 TV projects.