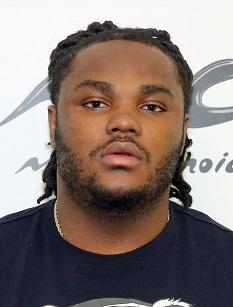 Tee Grizzley’s real name is Terry Sanchez Wallace Jr. He is the native of Detroit, the state of Michigan. He is a famous rapper and songwriter. Started a rap career in 2016, after being in custody, he got wide acclaim thanks to his first track “First Day Out”. The song was released through the Internet and got more than two million views on YouTube in first three weeks.

Apart from his debut single, nowadays his top songs are “Too Lit”, “Locked Up”, “From the D to the A”, “2 Vaults”, and “Don’t Even Trip”. Tee Grizzley worked in cooperation with Lil Durk, Band Gang, Lil Yachty and Meek Mill. His net worth is estimated to be roughly $1.5 million.

Terry Sanchez Wallace Jr. was born in 1994, in the year when his birthplace Detroit was violent and showed the highest level of homicides in the U.S. It was a typical story for any black boy, who was brought up in criminal districts. His parents were in jail, and he lived with his grandma. R&B of all decades always played in their house. Despite his underprivileged childhood and constant flow of drugs in his household, Terry wasn’t connected to them. He never took drugs, drank alcohol, or smoke.

Nowadays, he pleases God for this. Wallace Jr. always was on the right track, and even got good grades at school. At the age of eight, he began interested in music strongly. He was inspired by his uncles, who went to the studios, return home, and then heard their own voices on the speaker system. Wallace Jr. was shocked that it was possible. When he was 14 years old, he started writing rap music. He was bad at the beginning; however, he listened to local rappers on the studios and tried to repeat what they did much better.

In middle school, he found friends who also liked music. They formed their own group and gave it the name AllStars Ball Hard. Wallace Jr. took the nickname “ASBH Tee”. The newly formed band recorded their first tracks and uploaded them on the Internet. Their main aim was to release a great number of songs. In 2011 the judge sentenced Terry’s mother to 15 years prison. In 2012 his father was killed. The young rapper understood that their parents’ lifestyle always leads to such results. He overcame those problems and was sure it was God’s will.

Tee was the first in his family, who visited the college. Then in 2013, he entered the State University of Michigan. During his first year, he went broke. He did not find a better way to overcome the problem, except to start stealing. He and his friend sneaked into unlocked dorm rooms and stole things. In two weeks the police arrested them. All in all, they stole about $20,000. Soon they were released for a more detailed investigation, and Tee decided to escape to Kentucky. There he was arrested again during the jewelry store robbery. He was convicted on February 3, 2015, and sentenced to 18 months in jail in October.

Tee took the name Tee Grizzley in prison. People called him so, because of his big thick beard, his wild dreads and his real big size. During the first time in prison, Tee behaved himself wildly. He fought and screamed on scratch. He was crazy. Started reading books and speaking to wise people, Tee Grizzley became calmer and dedicated himself to writing music. While locked up, he created all songs of his first mixtape “My Moment”. The future hit “First Day Out” was written in April 2015.

The lyrics of the song were dedicated to the months, spent in custody. On October 18, 2016, Tee Grizzley was released on parole from prison and went to the studio right in the same clothes. He recorded his song, paid $250 to the popular YouTube channel’s owner for the hosting the video to the song.

Thanks to Tee’s manager, in 2017 he signed to record labels. On April 7, 2017, Tee Grizzley issued his debut mixtape “My Moment”, which he wrote while being in custody. He got fame and rappers’ recognition thanks to those works. In 2017 he released some tracks with Meek Mill, Lil Durk, Lil Yachty.

In May 2018 Tee issued his first studio album “Activated”, and got some nominations for it. In November he released the second mixtape “Still My Moment”, which included such tracks as "Pray For The Drip" featuring Offset, ”I Want Em All” and "Bitches on Bitches" featuring Lil Pump. Nowadays Tee works with Timbaland, who produces his new songs.

Tee has a site, where there is information about his life and an updated list of his top ten songs. Also, he sells online merchandise there. In January 2019, Tee lost $20,000 on the Adrien Broner's fight against Pacquiao. The disappointed rapper recorded an appeal to the boxer and hosted it on his Instagram.

Later Tee Grizzley performed at The Fillmore Detroit. The net worth of young rapper is about $1.5 million, he even wrote a song, where he sang how too much money he had.

Singles (as a lead artist):