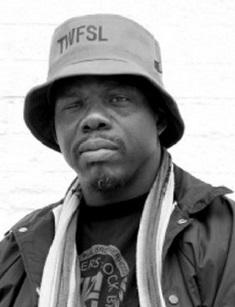 Richard Stephen Shaw (better known as Bushwick Bill) was a rapper with a Jamaican-American descent. He was not only a solo artist but also a member of the American rap group “Geto Boys." Besides, Richard has appeared in several movies and television series, for instance, on Martin (1993) and Original Gangstas (1996). Shaw died recently, on June 9, 2019, because of pancreatic cancer that had developed into stage 4.

Richard Shaw was born in Kingston, Jamaica in 1966. There is no lot of information about his family, although it is known that his father, Rollin, was a merchant marine, and his mother worked as a maid. By the way, his mom, Deloris Shaw, starred on the documentary television series Unsung in 2013, in the episode dedicated to “Geto Boys," before passing away in 2015.

Speaking about his education, Shaw got dropped out of high school in his freshman year. It is also stated that he read like kids in the fourth grade do.

Richard started his music career in 1986 as a dancer named Little Billy in the band “Geto Boys." His nickname Little Billy came from the Brooklyn district where he lived, and it was given to him due to his height – Shaw was born with dwarfism, and he was 3 feet 8 inches tall. Later, the dancer turned into a rapper and participated in the creation of the Geto Boys’ first album titled Making Trouble in 1988.

Unfortunately, this project did not get any positive reviews, and eventually, Rap-A-Lot, the record hip-hop label, dropped all Geto Boys’ members except for Bushwick Bill and DJ Ready Red.

After this situation, J. Prince, a music executive, hired two artists from Texas, Willie Dee, and Scarface, to make the group’s rebirth. Rather soon, in 1988, the new compound of the band started recording something together. Next year, their joint debut album Grip It! On That Other Level was released. It received much more attention, and this project was considered as one of the first entries into the subgenre called Horrorcore, which is usually characterized as horror-themed and dark.

In 1991, the band released the album We Can't Be Stopped which became their most successful project, it got certified platinum in 1992. By the way, the album cover depicts Bushwick Bill in hospital after he was shot by girlfriend in his eye.

Also during that period, Richard appeared on The Chronic, the first Dr. Dre’s album. Besides, he starred in the video for Dre Day, one of the singles from Dre’s album. In 1998, Bushwick released his own album No Surrender…No Retreat that was dedicated to his friend Gil Epstein, a prosecutor who was shot dead in Houston, Texas two years earlier. The most popular singles from that album are Let Da Rain Come Down and Stand By Me. You can find this project on CD.

Speaking about Bill’s top songs, we can mention Only God Knows (1995), Mind of a Lunatic (1989), and Sex on the Floor (2001). In 2013, a teaser for the documentary Bushwick Bill: Geto Boy appeared on Youtube. However, the film did not get finished. There was even a fund in Portland to raise money for directing this movie.

There is no much information about Bill's relationships, but there was one unpleasant and well-known situation. In June 1991, Shaw was having an argument with his girlfriend (the name is unknown) while being under the effect of alcohol and Phencyclidine (PCP). Eventually, he ended up in the hospital due to the shot in the eye. He did it himself, and after that, the rapper claimed that he had died and come back to life.

This accident had a significant impact on his art. In 1992, he released his solo album Little Big Man with Copper to Cash, Take Em' Off and Don't Come to Big as top singles, and there also was a song about his eye titled Ever So Clear. Besides, the photo of Bill and his bandmates Willie D and Scarface in the hospital became the cover for the album We Can't Be Stopped.

Like lots of artists, Bushwick had some problems with the law. In 2010, he was arrested for possession of marijuana and cocaine.

That year, in May, the rapper was diagnosed with cancer that had already developed into stage four. On June 9, 2019, his son posted on Instagram that his father was fighting for his life. However, later that day, Richard Shaw was reported dead.