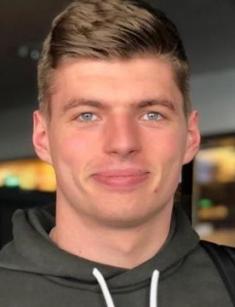 The Dutch racing driver Max Verstappen is known for his aggressive driving style. Today, he performs for Red Bull Racing team, participating in Formula One. The athlete can boast his victories in Australian Grand Prix, Mexico, Malaysia, Silverstone Circuit, Montreal, and Abu Dhabi.

Max Emilian Verstappen was born on September 30, 1997, in Hasselt, Belgium. His family’s history was closely connected to motor racing: the father, Jos Verstappen, used to be a Formula One driver and performed for the Netherlands. The mother and uncle, Sophie and Anthony Kumpen, competed in karting and NASCAR Whelen Euro Series.

The boy got used to fast cars since early childhood: he drove Rotax Max Minimax at the age of four and, in a while, won the Belgian and Dutch championships. In 2009, soon after the parents’ divorce, Verstappen joined the Pex Racing team and won the KF5 contest.

In 2010, the teenager used the car with the touch-and-go engine. He debuted internationally and took the second place at the KF3 World Cup; the WSK Euro Series brought him a victory. Three years later, Max switched to the top karting category KZ1 and won the prestigious tournament in Varennes-sur-Allier, France. The father insisted on his son’s debut with an open-wheel car, and Verstappen had several test drives in Formula Renault soon.

The driver’s professional career started in Formula Three: he performed for Van Amersfoort Racing, the Netherlands. In the season 2013/2014, the young man competed in Germany, Belgium, Monaco, and Italy and won in the famous Hockenheimring circuit. McLaren, Mercedes, and Ferrari immediately took an interest in Verstappen. Eventually, the sportsman signed a contract with Helmut Marko and joined the Red Bull youth program.

In 2014, Max tested for Toro Rosso Scuderia and had his first free practice at the Japanese Grand Prix. Several months later, the team announced the full contract with Verstappen, and the 17-year-old young man became the youngest Grand Prix driver.

The debut in Formula One was pretty good: despite technical problems and collisions, Max got 49 points and became number 12 in the overall standing. In 2016, following the events in Melbourne, Sakhir, Shanghai, and Sochi, the Red Bull Racing administration headed by Christian Horner a weird decision and excluded Daniil Kvyat. Max, whose results had been quite impressive, took his chance and took the Russian driver’s place; Jos Verstappen was glad to learn this news.

Although the sportsman’s seat was not adjusted during the first race, it did not prevent him from finishing fourth. Verstappen won the Spanish Grand Prix after the Mercedes collision and showed his steel character in the following events. The achievements were significant: four silver and two bronze medals.

In the new season, the young driver had beautiful victories in Mexico and Malaysia and took the sixth place. In 2018, he improved his results and climbed up to the fourth position, despite many accidents.

There have been many rumors and talks about the young man’s personal life. Similar to his father, Max has had many romances.

He used to date the athletes Sabre Cook, Maxime Pourquie, and Mikaela Ahlin-Kottulinsky, the photo model Joyce Godefridi, and the blogger Roos van der Aa. In 2017, Verstappen started seeing Dilara Sanlik from Germany; one can see their photos together on Max’s Instagram today.

In 2019, Verstappen has enjoyed several victories. However, his opponents are getting stronger: Lando Norris competing for McLaren and Charles Leclerc who has started collaborating with Ferrari are stepping on his toes. Thus, it has become pretty challenging for the Belgian driver to deal with the rivalry.