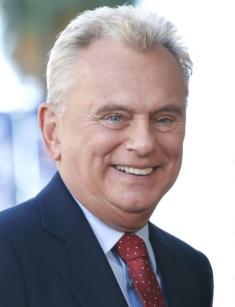 He is a well-known TV personality who broke all records as the most extended host of the game show in 2019. The 75-years-old TV host has continued to work on the screen and tap the popular game show.

Patrick was born and raised in Chicago. His father, a factory worker, passed away when Pat was young. After the death of Pat's father, his mother married again. His grandparents were Polish. As to education, Patrick graduated from high school in Chicago in 1964. Then he became a student at Columbia College. Struggling financial troubles, Pat worked as a desk clerk during his college years.

He participated in the contest, which was held on the radio. He took his lucky ticket and won the competition. As a result, Pat began working on the radio as a guest teen deejay.

When he studied at college, he heard that the local radio station looked for a newsman. Pat applied for the job. He was hired. Pat began working from midnight till 6 A.M. In 1968. He joined the American Army during the Vietnam War. He served as a disc jockey on the military radio.

After the end of his service, Pat worked as a DJ at a local radio station. In the 70s, he began appearing on the TV screen. In 1977 KNBC-TV spotted the young host. That time the channel looked for the weatherman and invited Patrick to this position. Thus Patrick became a full-time weatherman.

For his long and prolific career, Patrick earned his signature. Thanks to his memorable manner, Patrick was parodied several times. In the 80s, his character appeared on the Sesame Street sketch. The comedian Martin Short used to parody the TV character, a hyperactive manchild, which had a vivid resemblance to Sajak.

The Tv host appeared on the number of shows. Thus he made a cameo in "The A-Team Wheel of Fortune" and appeared on "The Comish."

In 2019 he broke a record and became the longest host of the game talk show. He hosted the show for 38 years. He has got a contract with the channel till 2022.

The TV host was married twice. In 1979 he married for the first time. Pat spent years in this marriage seven. In 1986 he divorced. Three years later, Patrick married again on Lesly Brown. The couple has got two kids. They reside in Maryland and have got a house in Los Angeles. Pat's daughter, Maggie Marie Sajak, became a country singer.

Patrick is a social activist, as well as a businessman. He has got a sturdy political and social views.

He is a member of the Churches of Christ. The TV host supported republicans and donated thousands of dollars to candidates and election committees of this party.

The TV host is an owner of the local radio station in Maryland. Besides, he invested money in the baseball league. He wrote numerous columns in the conservative magazine.

For his long career, he gathered a good fortune and the number of accolades. His net worth is estimated at $65 million. He was honored to receive the Emmy Award three times as well as a star on Hollywood Walk of Fame. His annual salary as a host of the game show is $15 million.

In November 2019, the TV host came across significant health issues. He had to undergo an emergency surgery, which was quick and intense, as the TV host said. He told the reporters he felt horrific pain in his stomach after his morning walk. As it turned out, the cause of that pain was a blocked intestine.

Patrick shared his feelings in the interview. His blood pressure fell, and none of the drugs didn't relief that pain. Suddenly the pain had come after another drug and Pat thought that he was dying. As TV host confessed at that moment, he thought about his extensive and a daughter and felt terrible for them.

But the surgery was ultimately successful, and the TV host hadn't to change anything in his ordinary life. He remained the same and continued to crack jokes on the screen and find humor in any situation.

During the emergency surgery and recovery Pat didn't appear on the show though he had never missed a day of tapping in his 40 years of career. During his recovery, Pat's co-host Vanna White worked alone.

After his recovery came to an end, Pat was full of energy and ended the 2019 year on a high note. He looked forward to going back and working as long as he could.