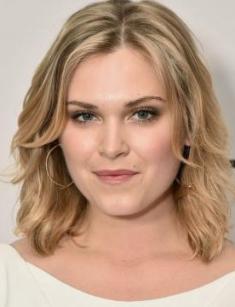 Eliza Taylor hates it when people remember the Hollywood diva Elizabeth Taylor as soon as they hear her name. While it would be pleasant under different circumstances, the actress wants to be seen as a unique person.

Eliza Jane Taylor-Cotter was born in Melbourne in October 1989. She grew up with a brother and two sisters. The would-be actress’s mother worked as a graphic designer, and the biological father owned a café. Eliza’s stepfather was the only person related to art: he was a stand-up comedian.

The girl wanted to study marine fauna. However, she took an interest in acting soon and began to appear in episodes of TV series at 13.

Rosie from The Sleepover Club and Sarah from Pirate Islands were her first significant parts. In 2005, Eliza joined the cast of the popular series Neighbors where Russell Crowe, Kylie Minogue, Jason Donovan, and Natalie Imbruglia used to participate. She worked on three seasons. Before Taylor moved to Great Britain, she had two nominations for Inside Soap Awards for the role of Janae Timmins.

The British stage of Eliza’s career included the theater performance Snow White at Weymouth Pavilion. Soon, Taylor moved to the United States and sometimes visited her home country. She personified a mental clinic nurse in the thriller Patrick, Woman in Natural, and a journalist in the action Nikita based on Luc Besson’s work. Maggie Q played a super-agent in the latter project.

The TV series The 100 was the actress’s first notable picture. She received the role of the protagonist as soon as the producers watched her video resume. Taylor’s character is Clarke Griffin, a space colony prisoner sent to Earth that had suffered from a nuclear war.

Artificial intelligence has caused the apocalypse; Eliza’s character manages to switch it off. Still, a new attack may happen. Soon, it turns out that people survived on the planet.

Bob Morley, who had also played in Neighbors, starred in the series and played the expedition leader; Richard Harmon got the role of his cold-blooded assistant. Taylor’s friend Alycia Debnam-Carey personified the leader of the Earth dwellers. The actresses were surprised to know that their characters would have romantic feelings for each other. However, Lexa died, and many LGBT fans were upset about the plot twist. Niylah was another character who fell in love with Clarke; Richard Harmon’s sister Jessica took the role.

The director of the series Jason Rothenberg mentioned on his Twitter that the character’s bisexuality, as well as genders or nationalities, should not take the central place: the colonists and earthlings did not think about it much as they had to survive, and there was no room for stereotypes in the post-apocalyptic world.

In fall 2014, the movie The November Man starring Olga Kurylenko and Pierce Brosnan was released. Taylor’s character is a former CIA agent’s daughter chased by American and Russian intelligence agencies. The drama Thumper brought the role of an undercover police officer who goes to a teen community where drugs are being spread.

Eliza Taylor’s personal life has been closely connected with her career. The Australian actor Brett Tucker, who appeared in Neighbors, The Lost World, and Spartacus: Blood and Sand, became her first boyfriend.

As the artist was working on the fifth season of The 100, she met William Miller who personified the crime group’s leader Paxton McCreary. The couple did not give any information about their romance, and fans could only guess what was going on.

The media speculated that Eliza had affairs with two other “colonists”, Bob Morley and Thomas McDonell. Taylor’s character had a tense relationship with the former, but they were apparently attracted to each other. McDonnell played Clarke’s lover. Some journalists also claimed that Taylor was seen pregnant in a restaurant. None of the rumors was confirmed.

Taylor has official Twitter and Instagram accounts with the nickname “Jane” – this is how close friends call her. Fans believe that Eliza bears some resemblance to young Reese Witherspoon when she participated in Cruel Intentions.

In 2018, Taylor’s collection of tattoos grew: she got a turtle on her left wrist. It is a matching tattoo: the artist’s brother Patrick has the same picture on his right arm.

In 2017, the melodrama Christmas Inheritance came out. It is the story about a capricious millionaire’s daughter; the father tells her to deliver a festival message to their home city.

The task seems to be easy, but Eliza’s character has only $100. She has to learn how to deal with people, value social interests higher than her own, and realize that friendship and love make the best Christmas present ever.

In May 2018, The CW Television Network announced the sixth season of The 100.

The blonde continued to play Griffin. The filming started in August 2018. Eliza and her series partner Bob Morley participated in Comic-Con International; October was marked with Wizard World Con in Sacramento.