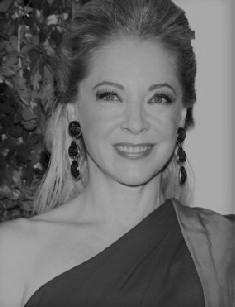 Edith Gonzalez was a famous Latin American movie and TV series actress, one of the brightest representatives of Mexican soap operas. Gonzalez was a symbol of the whole epoch which influenced the world’s culture. Her contribution to the world of cinema was vast. Even though by the end of Edith’s life it was hard to call her superstar, she was an outstanding actress who has made a significant contribution to the world culture. Many pictures she has taken part in now are still precious and generally accepted classic.

Edith Gonzalez was born on December 10, 1964, in a big Mexican city Monterrey, Nuevo León. There is no much information about Edith’s infancy. She became interested in acting at an early age. However, that time, she didn’t even dream about a TV career. She understood performing and being famous was the passion of her life some time later.

Gonzalez took part in a movie project «El Rey de Los Gorilas» in 1976 at the age of 11. Prior to that, Gonzalez appeared in the telenovela «Lucia Sombra» as a 6-year-old girl. Among the soap operas Gonzalez appeared in there are The Rich Also Cry, Flor y Canela, I’ll Never Forget You, and Wild Heart (where she co-starred alongside Eduardo Palomo.)

As an acting student, Gonzalez said she was most captivated by the works of Dostoevsky, Anton Chekhov and Leo Tolstoy. Gonzalez studied dancing at the Sorbonne in Paris and acting at the Actors Studio in New York City.

Edith Gonzalez started her professional career in the far 1970s – that time popularity of Mexican soap operas reached its peak. Her first appearances on TV was not notable, and she didn’t manage to come to prominence at once.

Her first serious role was a role of Marisabel in the series Los Ricos También Lloran (The Rich Also Cry) which premiered in 1979. Its plot is about the touching romantic story (interestingly, this genre of cinema was the favorite one for Edith). Since that moment, Gonzalez gained recognition not only in her motherland but in neighboring countries (Bolivia, Argentina, Chile) and almost in the entire world. She became popular in the socialistic countries only in the 1990s – that time The Rich Also Cry premiered there.

After starring in the picture, Edith began receiving more invitations to TV and movie projects. Of course, it changed her life, but not hugely. The thing is, Gonzalez took part in many projects, but generally, her roles were secondary. It means she received a big salary, fame, but didn’t succeed to get a significant quantity of fans.

Directors began inviting her to play main roles only in the 1990s when the Mexican series lost their popularity.

By the moment of her death, Edith had starred in more than 70 movies and TV shows. One of the greatest pictures she took part in is the series Rosa Salvaje (Wild Rose) which was broadcasted from 1987 to 1988. It got lots of fans around the world. Edith played the role of Leonela Villarreal. Her partner was Verónica Castro – another outstanding representative of Latin American soap operas.

González worked for the Spanish-language television networks Televisa, Telemundo, and TV Azteca. While working for Televisa, she played some of the most important roles in Mexican telenovelas. In 2010 she switched from Televisa to TV Azteca. Her first telenovela with TV Azteca was Cielo Rojo; her first appearance on TV Azteca was in the reality show La Academia.

Edith Gonzalez had a net worth of $40 million.

In her life, Edith Gonzalez has had several relationships. However, the most famous one was her alliance with politician Santiago Creel. On August 17, 2004, the family welcomed their daughter Constanza. However, Santiago recognized his parentage only four years later. The spouses have broken up for an unknown reason but remained friends. Santiago contributed to his daughter’s upbringing even after they had parted ways with Gonzalez.

In 2014, Gonzalez and her husband were mugged inside of a shopping center in the San Jeronimo neighborhood of Mexico City. Fortunately, they were not seriously injured. The mugging was captured on surveillance video.

The couple had their watches stolen in an incident that unfolded over 15 seconds. According to Edith’s words, she had stabbed during the mugging.

In 2016, González was diagnosed with stage IV ovarian cancer. At the time, in an interview with Don Francisco Gonzalez said that her illness was «very aggressive.» The woman was invited to enter Aventurera, but turned it down to focus more on her health.

She underwent surgery to have her ovaries, uterus, and lymph nodes removed.

González died of the disease on June 13, 2019, at the age of 54. At the time of her death, Gonzalez was being treated at the Angeles Interlomas hospital in Mexico City.