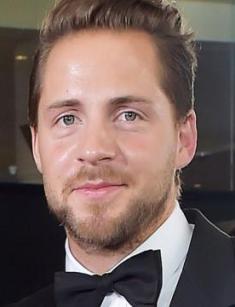 Tom Ackerley is not a media person. The young man used to be a director’s assistant and then began to create movies, produce them, and write scripts. Once, he played himself in the series Entertainment Tonight. The broad audience knows him as Margot Robbie’s husband.

Tom Ackerley was born on January 1, 1990, in Great Britain. There is no information about his childhood years: while the director is a public person, he keeps secret his family history.

Ackerley and his parents used to live in Guildford, Surrey, and received his education at the near-by Godalming College. He revealed the interest in cinematography early and took the first step as he got the position of a director’s assistant.

The project was nominated for the Golden Globe. Although it did not win the prize, Ackerley made the movie quite beneficial: Rush grossed $98 million while the budget was $54 million.

The next year, Tom Ackerley worked as the director’s assistant in Pride with Dominic West and George MacKay. 2015 was marked with the significant drama Macbeth that brought another popular work in Ackerley’s career. This is when he began to consider independent directing.

Soon, Tom, Margot, and their friends, Josey McNamara and Sophia Kerr, founded their own company LuckyChap. The enterprise proved to be successful and presented several movies, including Terminal (2018). By that moment, the producer’s filmography had 13 full-length movies and series. Tom Ackerley contributed to The Brothers Grimsby, Everly, The Last Days on Mars, The Two Faces of January.

The romance with the actress Margot Robbie brought Ackerley more fame than his professional achievements. The couple met in 2013 when the movie Suite Française was filmed; the artist was Tom’s roommate. The man worked as the director’s third assistance and could only dream about his own projects.

The lovers married in December 2016 in Coorabella, New South Wales. Although the media kept spreading the rumors about Margot’s affairs with other men, the actress never cheated on Tom. By the moment they married, Robbie earned international recognition, and the ceremony was closed: the guests did not even know the location and arrived there by special buses. Taking photos and videos was not allowed, and the details remained secret. The only picture was posted on Instagram by Margot herself: the wedding ring on her finger. Ackerley did not give in to journalists’ pressure and remained silent about the event.

The couple has not been engaged in any scandals. They often go out together, and fans can see many pictures from their daily life taken by paparazzi. Robbie and Tom are, undoubtedly, faithful to each other; the actress frequently praises her husband in her interviews.

The media were talking about the celebrities’ plans to have kids, but they do not rush about it, even though they like children. It is hardly possible for the spouses to pay much attention to childbirth due to the busy schedule.

Today, Tom Ackerley and Margot Robbie do their business together: their company is actively involved in producing. Tom works as a producer, screenwriter, and director. He is known for three popular projects: I, Tonya, Terminal, and Dreamland. All of them starred the man’s wife who personified a figure skater Tonya Harding, a charming murderer, and a bank robber.

In 2018, Robbie was nominated for Academy Award for Best Actress for I, Tonya.

Tom Ackerley is fond of swimming and surfing. Whenever the man has free time, he spends it with his beloved wife. The couple lives in Shepherd's Bush, London and likes to hang out with their friends. People often see the celebrities in the Inferno nightclub.

The producer frequently shares the pictures from travels, walks, and social events on his Instagram. He also advertises his projects there.