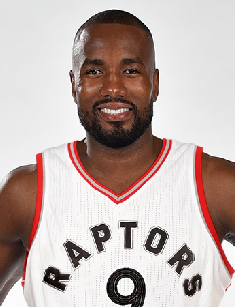 Birth in the African country, Congo Republic, didn’t prevent Serge Ibaka from starting a basketball career in NBA in 2008, as a rookie of Seattle SuperSonics (currently Oklahoma City Thunder). He was playing with Kevin Durant that time, and on June 13, 2019, Serge, playing for Toronto Raptors, won KD’s Warriors in six games in the Finals and became NBA champion. Ibaka represents the national team of Spain. He plays at a power forward or center positions, being one of the league's top defensive players.

Also, Serge is the UNICEF ambassador of Congo. He reportedly earns around $22 million per annum as his salary from Raptors, and it’s easy to calculate his salary per game. Ibaka’s net worth is roughly estimated at $33 million.

Serge is the native of Brazzaville. It is the capital of the Congo Republic. He was the 3rd youngest child in the family of 18 children. His birthday was on September 18, 1989. Ibaka’s parents were both basketball players and played for national teams.

When Serge was a child, his country was in the grip of civil war. He faced many adversities that shaped him into the player and global citizen he is today. Ibaka began playing organized basketball for Avenir Rail in the Republic of Congo.

Basketball became the only way to overcome his mother’s death. His father was taken into custody during the Second Congo War (1998 – 2003). He became the prisoner for political reasons. He organized an escape from the country for his family.

When Serge was 17 years old, he moved to France as a lot of African refugees. There he started playing basketball at the national second league. Soon Ibaka moved to Spain to play for Torrons Vicens L'Hospitalet, based in Catalonia. It was the year of 2007.

Serge didn’t have enough money and was forced to learn Spanish himself. In the junior team, Serge became one of the elite youth players. Later he started playing professionally for CB L’Hospitalet in the Spanish professional second division league. In Spain, he garnered the attention of a multitude of NBA scouts.

In 2008 Ibaka was selected by the Seattle SuperSonics on NBA Draft. He was the 24th number. After being drafted, he opted to stay in Spain to work on his game and learn to be a professional player in the best European League, the ACB. In the 2008-2009 season, he played for Baxi Manresa. He was the youngest league’s player. He was only 18 years old. Serge demonstrated a high level of play and even won the league’s Dunk contest.

In 2009 Serge made a big step in his career, moved to Oklahoma to start his NBA career. He started in the Thunder alongside with Russell Westbrook and Kevin Durant. Serge immediately won a place in the starting five. He showed outstanding defensive game. He spent about 18 minutes per game, scoring 1.3 blocks on average. It was the best result among all rookies.

In his first playoffs games, Serge made two blocks per game. Lakers were shocked by his seven blocks in their second game. He became the youngest player ever, who could gain such an achievement. The breakout season of Serge was the 2012-2013 season. Then he scored 13.2 points, 7.7 rebounds and 3.0 blocks per game. It allowed him to become third Defensive Player of the Year. Marc Gasol was the first that year, LeBron James – the second.

Serge became the player of Magic in summer 2016. He debuted for Orlando in October 2016 and left the team in February 2017. His best season result was 31 points.

Ibaka immediately stated to play for Raptors, after the past team traded him in February 2017. Serge won his debut game. One month later he had a conflict with Robin Lopez and was ejected that day. In summer, Raptors resigned with Ibaka, and he got a $65 million contract.

It was the right choice. Ibaka together with incoming Kawhi Leonard, long playing Kyle Lowry and Pascal Siakam, founded a much formidable team.

In November Serge reached his career-high against Lakers by making 15 accurate shots from 17. He started with 14 of 14 from the field. In February he made his sixth straight double-double. In playoffs, Raptors won Sixers with Joel Embiid and Ben Simmons. In May, after the Raptors' victory over the Milwaukee Bucks in conference’s finals, Serge gave a post game interview and seriously discussed the possibility of winning the association.

In June he won the championship ring in Raptors. They defeated the Golden State Warriors with Stephen Curry, former teammate Kevin Durant and Draymond Green. Although, the winning season was not smooth for Serge. In January Serge Ibaka was ejected from the game again, as a year earlier. The Raptors were inbounding the ball at the baseline when Ibaka pushed James Johnson away from him upcourt. Johnson then threw the punch and Ibaka responded with his own. The two were given technical fouls and ejected.

The Thunder newcomer Markieff Morris was always compared to Serge during the last season. Their styles seem similar. However, not all people agree with it. If you want to learn the game style of Congolese-Spanish player, you can find his top 10 plays. His defensive skills are really outstanding.

The 2011 NBA lockout was the fourth lockout in the history of the association. During that time, a lot of NBA players moved to Europe to stay in the condition during lockout time. Ibaka signed a two-month contract with one of the most successful basketball clubs in Europe, the Spanish basketball club Real Madrid.

“I’m very proud to start being part of a historic club like Real Madrid. I’m thankful for this great opportunity as a person and as a player. I arrive with humility to try to learn from the coach and the teammates and, at the same time, with the ambition to try to help the team win as many games as possible while I’m with the team. I’m excited to get to know the team’s fans”.

Ibaka can speak four languages: Spanish, English, French, and his native Lingala. Serge became a father when he was a teenager. His daughter’s name is Ranie. In 2012 Ibaka was romantically involved with Keri Hilson. The pair broke up in 2016.

Apart from basketball, Serge tries to help people in need through the Serge Ibaka Foundation. Serge remembers his roots and makes better his native country and the world. Ibaka is a Congo’s UNICEF ambassador. He provided its orphanages with educational and healthcare supplies and renovated their respective facilities.

In 2017, Serge became the member of the NBPA Foundation alongside Chris Paul and LeBron James. In September of the same year, he became an advocate for global health partnering with Global Citizen. Also, Serge likes music and fashion.

In 2017 some journalists reported that Serge, as any African-born player, lied about age. They didn’t accuse him of deliberate lying. They told that he is only the victim of ethnic problems. Ibaka, being a free agent at that time, responded to rumors that he is older than his listed age. He denied it and asked the media to take responsibility for their false reports.

The Academy wants to help to expand the growth and the popularity of basketball in Africa and other continents and to have a positive impact and give opportunities to young boys and girls that play the game.