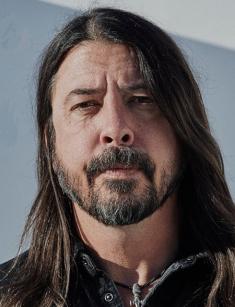 David Eric Grohl, who was born on January 14, 1969, is an Ohio-native musician. He is best known as the drummer for the rock band Nirvana from 1990 until its breakup in 1994 and as the guitarist-vocalist for his own band, the Foo Fighters, who will have released ten commercially successful albums by 2021.

David was born in the small town of Warren, Ohio. But then the family moved to Springfield, North Virginia. He grew up in a creative family; his dad, James, played the flute professionally, and his mom, Virginia, was the lead vocalist of the local choir. Since David was constantly in a creative atmosphere, this significantly influenced his career.

At the age of 12, David began learning to play the guitar. He quickly grew bored with his studies and instead became self-taught, honing his abilities by playing with his friends' bands. While at school, Grohl played in several local bands, including guitar in a band called Freak Baby. While working in this group, Grohl began to independently learn another instrument: percussion.

At 17, David took over as drummer for the popular Washington group Scream, vacated by Kent Stax. To win the selection for this place, Grohl lied that he was already 20 years old. Surprisingly, the group offered him a free seat.

A few months later, Scream unexpectedly disbanded due to the departure of the bassist, and Grohl called Buzz Osbourne for advice on what to do. Knowing how much Kurt Cobain and Krist Novoselic liked Grohl's performance, Osbourne gave him Novoselic's phone number. He invited Grohl to Seattle to attend Nirvana's failed performance at the Motor Sports Garage.

At the time David joined Nirvana, the band had already recorded several demo tracks for songs that were to be released after their debut album Bleach and was recording with producer Butch Vig in Wisconsin. Initially, the new album was planned to be released on the label Sub Pop.

After the death of Kurt Cobain, Dave Grohl decided to organize his team and start implementing his ideas. The group was named "Foo Fighters." In 1995, the musicians released their debut album. In parallel with the team activities, Dave is engaged in a solo program in which he writes and performs his compositions.

David has been married twice. first photographed by Jennifer Youngblood from 1993 to 1997. After the divorce, Grohl had a relationship with Louis Post of the band Veruca Salt and Hole bassist Melissa Auf Der Maur. On April 15, 2006, he and Jordan Blum, the musician's second wife, had their first child, a daughter, Violet.

Speaking about David's honors, he was nominated for Grammy Awards 41 times while winning only 18 of them. He also won the NME Award in 2016 and 2011.

Throughout his music career, David has recorded 16 studio albums, 6 EPs, 64 singles, and collaborated with 26 artists.

David's filmography is quite rich. His most essential works include the following ones: