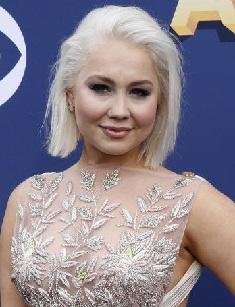 A 25-year-old singer became famous after her participation in a popular music TV contest. Though she hasn’t won it, the singer’s fame spread like wildfire and her life has had considerable changes.

She was born in a musical family, who sang in church. Racheal had a brother who is a musician too. As a child the girl enjoyed singing in church, her love for country music started when Racheal was 11. She decided to pursue a career in music before she graduated high school and put much efforts to develop her skills.

Her professional music career started when she appeared at the show “The Voice.” Her appearance at the music contest turned out to be very successful. She finished third, exposed her talent to a broader audience, and find new opportunities.

In 2012 Racheal signed a contract with a famous record label. This news shocked RaeLynn; she shared her feeling on Instagram, where the singer thanked her mentors.

In 2018 the singer tried herself in pop music and released a pop single “Festival.” Thus year she became a new face of Two Faced cosmetics. There is no information about her net worth.

The singer impressed all judges during the audition and was selected for Blake Shelton’s team. The song “Boyfriend’ which Racheal sang at the show became a single which charted in Billboards singles chart. Though she hasn’t won this music contest, her career started to prosper. After the end of the show, the singer remained close with her colleagues from the TV competition.

In 2016 she married to then-financial advisor Joshua Davis. The couple had a long-lasted relationship with her boyfriend, they were engaged in 2015. They proved to be an adorable twosome, and Joshua proved to be a very supportive spouse who carries and understands not the simple life of a famous singer.

Racheal is quite active on social networks where she shares her news and feelings. Thus she shared that her husband left her for basic training to serve in the military. The singer was very proud of him and loved his heart more and more.

Racheal can’t live without her Instagram where she posts make up, dress, events, her adventures as a singer and many other. Her favorite film, which makes her cry is "The Notebook". She has Type 1 diabetes. The singer shared her experience and feelings about living with Diabetes on Instagram.

At present, there is no exact information about RaeLynn's net worth.