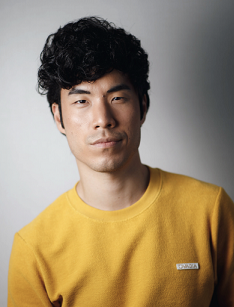 Eugene Lee Yang is a famous American filmmaker, actor and Internet celebrity, mostly known for his work with BuzzFeed (2013–2018) and The Try Guys (2014–present). Besides, his videos on YouTube gather millions of views. In June 2019 Yang came out as gay in a YouTube video.

His unfiltered views about the evils that exist in American society make him an unusual celebrity. Remarkably, even though Eugene has always had artistic inclinations, he had never thought filmmaking was his vocation till the moment.

Eugene’s passion to bring to light dark issues has played a huge role in his fame. From being a child once bullied for his Korean ethnicity, Eugene Lee Yang was instilled with an early introspection regarding racial evils and always wanted to fight against it. And now armed with the kind of power to share life-changing video content on YouTube, Eugene is seen in his most transparent self, schooling the masses about race and sexism.

It’s high time for us to emerge in Eugene Lee Yang’ biography!

Eugene Lee Yang’s birthplace is Pflugerville, Texas – he was born there on January 18, 1986, to the family of Korean immigrants Min-Young and Jae Yang. Lee Yang has two sisters. In their neighborhood, they were almost the only Asian Americans. As a child, he suffered from body image issues and low self-esteem. According to his words, Yang was the subject of school bullying at an early age.

Early on, he got rid of his Texan accent by the prodding of his sister, who told him he might face difficulties getting into schools. Initially, he was skeptical of going into films, explaining that his doubts on getting mainstream acceptance stemmed from the lack of representation of Asian American in movies and for being queer.

Eugene Lee Yang was a very insecure, self-conscious kid, and as an artist even more so. He always assumed that his otherness was a curse — that he would be held back by his Asian and queer identities. His time online has shown him that the viewers will respond most to authentic storytelling.

As a school student, Eugene Lee Yang dedicated himself to visual arts, illustration, theater, choir, and dance. When he studied in the 7th grade, his teacher advised him to study filmmaking. Then he entered the University of Southern California.

While studying there, Lee Yang wrote and directed six short films about wide-ranging social and political topics, including mental health care, gay marriage, and school shootings. He graduated from the college as a bachelor in cinema production in 2008.

On June 15, his fans could watch his new video «I'm Gay» with music by Odesza.

Eugene Lee Yang’s career as a video producer, writer, director, and actor at BuzzFeed Motion Pictures has helped him to get the fame in social media. His work has reached millions worldwide, especially on YouTube under the banner of BuzzFeed and has now made him one of the most recognized Asian American faces over the Internet.

Even though this young man is responsible for the quirky video content creation, he also brings magic on-screen every time he acts in them. With the massive viral video hits like «Women’s Ideal Body Types throughout History», «The History of Queer Dance», «If Disney Princes were Real» and many others he has conquered YouTube.

In 2014 BuzzFeed established a provocative show named «The Try Guys.» It featured Ned Fulmer, Keith Habersberger, and Zach Kornfeld. The show is a fusion of social commentary and humor depicting scenarios such as men going through labor pains and prostate cancer check at a doctor's office. The show initially consisted of a few episodes. However, when they began receiving positive reviews, they took it more serious and recorded more videos.

For the show, Eugene and the cast were ready to do anything! He along with colleagues were willing to strip down, undergo labor simulation, and wear lingerie and do many other things! That’s why their videos have crossed a whopping 23 million views! But this YouTube flame is not in the spotlight just for his effortless on and off screen presence; beyond his funny stunts, he has also discussed a lot of thought-provoking themes too!

In June 2018 it was announced Eugene Lee Yang had left The Try Guys and established 2nd Try LLC, a company that they own and manage.

Besides videos on YouTube, Eugene has appeared in some movies and TV shows. So, in 2019, Yang appeared on sitcom Brooklyn 99, as Theo Lorql.

Eugene Lee Yang has always called his family as his most significant support system. Growing up, he was poked fun at and was made the butt of all stereotypical Korean jokes, but thankfully, his family helped him deal with it. According to his words in an interview, most of his videos were aimed to display the beauty of all the diversity that the world had to offer.

Speaking about Eugene Lee Yang’s relationship, since he has already shared the video on Instagram dedicating to the hip-hop goddess Madonna, he once again called Beyoncé as his wife.

Interestingly, his prank about his relationship does not end here. Once Lee Yang has shared a tweet in which he was standing with a black brunette, an internet celebrity, Quinta Brunson. He also clarifies that they were on a date night.