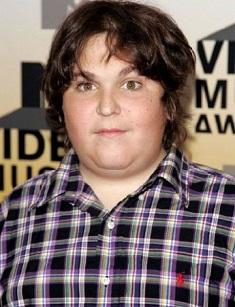 Andrew Michael Milonakis is an American rapper, actor and comedian. He is mostly known for his own TV show, The Andy Milonakis Show, and also for his role of Roman Armond on the sketch Kroll Show (2013–2015). Besides, Milonakis is rather memorable due to his appearance: at the age of 43, he looks like when he was young because of his disease.

Andy Milonakis was born in New York in 1976. He was raised in Westchester County together with his older sister. As a child, in John Jay High School, he always looked younger than his classmates, and that must have been tough. However, his mother, Kathleen Milonakis, says that he was very friendly and outgoing, always had a lot of friends and went to various parties. In one of his interviews with Adam22 who owns the podcast No Jumper, Andrew said that he used comedy, humor to fight the incessant bullying.

Maybe it was the reason why he wanted to be connected to the stand-up comedy.

Andrew’s career started in a rather funny way. One day, in January 2003, when the Super Bowl XXXVII was held, Milonakis decided to write a song. He recorded a video on his camera, and the song got the title “The Super Bowl is Gay," where the word "gay" means "lame." Milonakis looked like a 14-year-old, although he was 27 years old at that moment. Andrew uploaded his video on the website AngryNakedPat.com, and in a short time, it became incredibly popular.

It was the time when Jimmy Kimmel noticed Milonakis and offered him a job on his show. So, in 2005–2006 Andy was a part of the Jimmy Kimmel Live! Show. Later, in the interview, Andrew said that this was really amusing: his success had come when he had made something stupid.

Kimmel’s project has given Milonakis enough experience to start something on his own. In 2005–2007 he starred in The Andy Milonakis Show. For this show he had a theme song with some funny phrases like “on my head but don't call me a bee head," "Bruce Lee's on my head but don't call me a Lee head," etc. Andrew used to call himself “a boy on the man show." By the way, before his fame, Andrew used to work at the accounting firm in New York and attend acting classes at the Upright Citizens Brigade Theater.

Speaking about his musical career, Andrew began rapping on YouTube with his debut single “The Andy Milonakis Rap." Then, he was a part of the hip-hop group called "Three Loco” together with Dirt Nasty and Riff Raff. In 2014, they split. Andy has collaborated with different artists like Snoop Dogg (single “Pocket Like It's Hot”)

At present, Milonakis hosts his own cooking show on the YouTube channel, MUNCHIES. In 2017, Andrew became the fastest growing streamer in the IRL category of the well-known streaming platform Twitch. Milonakis has a net worth of $2 million which he gets from his acting, recording YouTube videos and rapping.

In a few years after “The Super Bowl is Gay” went viral, the comedian announced about his disease. Milonakis was born with a disorder that causes growth hormone deficiency. That is why he looks like a kid. There is no treatment for his illness because it is congenital, so Andrew will just continue not aging. However, Andrew does not want to give any details and comment on his disease, and that's understandable. After all, he does comedy, and there is nothing funny about his health issues.