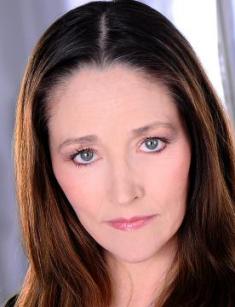 Olivia Hussey is the British actress known for her role of Juliet; she won the Golden Globe for it.

The would-be actress was born on April 17, 1951, in Buenos Aires. The girl’s father was a virtuoso tango dancer and performed at opera theaters. Hussey does not talk much about that period; after the parents divorced, she moved with her mother and brother to London.

Four-year-old Oliva had a fixed idea: she wanted to perform on the stage and appear in movies. The family did not have any money to make this dream come true: the single mother could not allow it; she had to earn for her two kids’ and her own living. The seven-year-old girl went to auditions and told the movie school director she would pay for her studies: the “great actress” just needed a chance.

Truth comes out of the mouths of babes and sucklings. Olivia began to work part-time as a model for magazines, and first episodic roles followed. She earned enough for education and even contributed to the family budget.

The actress’s official debut took place in the movie Drama 60–67 about soccer. Olivia needed to portray a passionate soccer fan and did her job brilliantly. Soon, the artist was invited to the theater; Vanessa Redgrave was her colleague. However, Hussey had to leave the theater: she was developing her cinematographic career.

At that period, Olivia was offered to audition for Franco Zeffirelli’s Romeo and Juliet. By that moment, the actress had just turned 15, which made her a perfect candidate for Juliet. She surpassed 800 opponents; the majority of them were blonde and blue-eyed. Still, the girl from Argentina got what she wanted and personified the character of the great story. Leonard Whiting played Romeo.

As soon as the movie was premiered, Olivia Hussey turned into a star; today, many people admire her acting in this project.

The artists regularly appeared on magazine covers, and crowds of fans followed them in their tours. Olivia and Leonard kept giving numerous interviews and had to miss their lunch sometimes. This role brought the actress the first significant prize: The Golden Globe.

Fame turned out to be challenging for Olivia. As the promotion tour ended, she took a break and declined all the offers. Later, Hussey admitted it was a mistake that hurt her further career.

The artist’s filmography is not extended; it consists of rises and falls. At some point, the woman had personal problems and divorced; financial troubles followed. Once again, Zeffirelli was the one who influenced her life; he was looking for a young woman to play Mary in his new project, Jesus of Nazareth.

Olivia’s cherished dream was to play Mother Teresa. It took her 25 years to make it come true: when Hussey was in her fifties, she received the offer to play this character.

Every morning, Olivia had the complex makeup that made her look 30 years older. The filming was exhausting, but she felt enthusiastic and inspired.

Today, the actress rarely appears on the screen; as she says, it is pretty difficult for an aged artist to receive a role.

The British actress fell in love with the director Franco Zeffirelli; she saw him as a move genius that had never existed before. The dreams collapsed the reality: Franco turned out to be gay. At the same period, the screen Romeo, Leonard Whiting, tried to grab Olivia’s attention, but his chances were extremely low.

After Romeo and Juliet, the young woman lived in her mother’s house like a hermit. Several months later, the world learned that she married the American musician Dean Paul Martin. The son Alexander was born in this union; he followed in his mother’s footsteps and chose acting as a career.

In 1978, the woman divorced. She had ignored her movie career for a long time but had to come back to it after the break-up.

The new romance with the Japanese singer, Akira Fuse, happened soon; the couple married in 1980. They had a son Maximillian together. The life between the two countries did not go well; the lovers decided to stop and split up.

The actress kept looking for her personal happiness. Finally, in 1989, she met the American rock musician and actor David Glen Eisley, who had liked Olivia’s Juliet for a long time. They married in 1991.

Three years later, the girl India Joy was born. David left his career and focused on his wife’s projects as a manager; the lovers did not have to separate for long.

Today, Olivia and David live in a large house in Los Angeles and breed pigs; they also have a cat and several dogs.

The actress’s most recent movie dates back to 2015, but rumors have it she is going to appear in new projects soon.