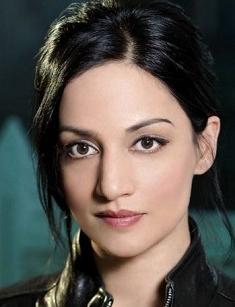 Archana ‘Archie’ Panjabi is a British actress mostly known for playing Kalinda Sharma in The Good Wife (2009), Yasmin Husseini in Yasmin (2005), Pinky Bhamra in Bend It Like Beckham (2002) and Asra Nomani in A Mighty Heart (2007). Besides, there are lots of other movies and TV shows she has appeared in. It’s high time we knew more about the actress!

Archie Panjabi's birthday is May 31, 1972. She was born as Archana in Edgware, Middlesex, England to the family of Govind Panjabi and Padma Panjabi, Sindhi emigrants from India. So, Panjabi is of Indian ethnicity. Archie has ascendants from Sindh (now Pakistan).

As a child, Panjabi found a dream – she desired to become an actress, according to her admissions in an interview with Ellen DeGeneres. Speaking about her education, Panjabi has graduated from Brunel University, England as a bachelor in management studies. Later, she got Honorary Doctorate of Letters.

Panjabi made her television debut playing Joyoti in the series Siren Spirits. Later she appeared in the popular comedy movie East is East – she played Meenah Khan, a rebellious and tomboyish football fan. The picture happened to be successful – it received a 10-minute standing ovation at the Cannes film festival and in 2000, won Best film at BAFTA.

In 2004, fans could see Panjabi acting as a protagonist in the award-winning movie Yasmin which was written by Simon Beaufoy, an Oscar-winning writer. The actress was honored with Shooting Star Award for her role at the renowned Berlin International Film Festival in 2005. Besides, Archie has been awarded with many titles for working in the picture. For example, 2006 brought her the award at the Reims Festival.

The same year, Panjabi had the role of an adventurous assistant named Gemma in the movie A Good Year. It is a romantic comedy directed by Ridley Scott based on Peter Mayle's novel.

2007 was marked by Archie Panjabi's role of reporter Asra Nomani in the movie A Mighty Heart. She worked in the picture along with Angelina Jolie. The project is based on the true story of the Wall Street journalist Daniel Pearl.

In 2008, the actress was invited to the BBC Four World Cinema Award Show. Moreover, in 2009 she appeared in the French movie Espion(s) with a role of an MI5 agent.

In 2015, Archie was a guest in the show Brooklyn Nine-Nine and played in four episodes of the TV show Shetland in 2016. Her colleague there was Douglas Henshall. The celebrity is currently working in the NBC drama series Blindspot since 2016.

In December 2017 Panjabi commented in The Daily Telegraph on the improvement for offers of parts for actors from ethnic groups.

She said "I think there's definitely been an acknowledgment of there being a lack of diversity..."

Archie Panjabi’s net worth is evaluated at $3 million.

Archie Panjabi has a husband - tailor Rajesh Nihalani. They tied the knot in 1998.

There was a rumored rivalry between Archie Panjabi and The Good Wife actress Julianna Margulies. Archie left the show after the 6th season, shooting the season finale with a goodbye scene with Julianna. According to some sources, the two actresses shot separately for the scene which was edited afterward.

Earlier, Archie Panjabi was a member of the Indian educational movement as the first Pratham USA Ambassador. Besides, she has joined the Rotary International, Unicef, and The Gates Foundation. Archie has contributed to the international campaign for eradication of polio.

Moreover, Archie Panjabi works in the Stop Violence Against Women campaign with Amnesty International to alter the 'no recourse to public funds' rule for the distressed women.

The actress walked in a fashion show in order to increase awareness about heart diseases. She also took part in the prestigious Artist in Residence program in Harvard University to share her acting expertise.

Panjabi was awarded with the Chopard Trophy at the Cannes Film Festival in 2007. She was nominated for three Primetime Emmy Awards for Best Supporting Actress in a Drama Series for playing in The Good Wife, winning in 2010. By the way, her colleagues Matt Czuchry and Josh Charles have also been awarded for acting in the picture.