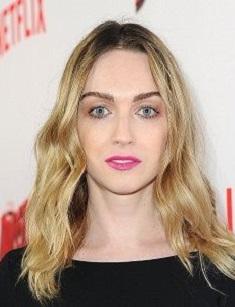 Jamie Clayton is a famous American transgender actress, model, and media personality. Mostly she is known for acting as Nomi Marks in the Netflix original series Sense8. Generally, she stars in thrillers and horror films – they are her favorite movie’s genres.

Have you seen many movies featuring Jamie Clayton? Are you her genuine fan? Then read below about her way to success!

The future celebrity was born in sunny San Diego, California on January 15, 1978. Jamie’s original name is Sebastián Elvira – she was born as a boy.

The head of her family, her father Howard Clayton was a criminal defense attorney, and her mother, Shelley, worked as an event planner. As a kid, Clayton planned to perform on stage, become famous and have fans.

Being 19-year-old girl, Jamie undergo surgery to change her gender and moved to New York to find more opportunities for realization of her dream – to become a makeup artist.

In 2011 the Out magazine included her in their list of awarded LGBT representatives.

One of the first Clayton's serious roles was in the series Hung – she acted there as Kyla. The story is about a former basketball star who gave up playing to become a coach. His wife left him alone with two kids. To earn a living, he decided to start working as a gigolo. For her appearing in the series, Jaime was awarded with the Golden Globe.

In 2012, Clayton played the lead role of Michelle Darnell on the Emmy Award-winning interactive web series Dirty Work and the role of Carla Favers on the TV series Are We There Yet? She also narrated the audiobook for the young adult novel George about a young trans girl.

Clayton starred as one of the eight protagonists in the Netflix original television series Sense8 – its premiere was shown on screens on June 5, 2015. In Sense8 she played Nomi Marks, a San Francisco transgender female political blogger and hacker. In the series, she had a matchup with Max Riemelt. Clayton said that she was primarily interested in Sense8 because of the opportunity to play a transgender character what was written and directed by a transgender filmmaker, but that she was also a fan of science fiction and J. Michael Straczynski in particular.

From 2013 to 2016 the actress dedicated herself to working in the series Motive – the story about an unusual way of investigating crimes.

In 2014 the celebrity appeared in an episode of the cartoon BoJack Horseman.

In 2014 Jamie Clayton starred in the short 10-minute movie Scissr alongside Stephanie Begg (who also was the picture's director), Holly Curran, Kelly Sebastian, and Paulina Singer.

2016 in Clayton's life was marked by her role in the thriller The Neon Demon directed by Nicolas Winding Refn. The picture was nominated for the Golden Palm Award. The movie's plot is about a provincial girl who dreamt about becoming a model, and once this dream was turned into reality. However, the girl didn't enjoy being a celebrity – her opponents felt jealous, tried to get rid of her.

In 2017 fans could see Jaime Clayton playing in the thriller The Snowman – the story which tells about killings after the first snow.

In 2019, Clayton starred as Sasha Booker in the third season of the Netflix's Designated Survivor.

Jamie Clayton’s net worth is evaluated at $1 million. She likes showing off her daily lifestyle and expensive ballrooms and parties she attends. The actress likes traveling and engulfing herself into many aboard trips which also indicates her wealth.

Jamie Clayton seems to be currently single, she has never been married and doesn’t have kids. Jamie is a transgender woman, and she proudly says it. However, she also has interest in men. Several years ago, the woman has been in a relationship with her Generation Um partner Bojana Novakovic.

Later, she had been dating Keanu Reeves since 2015. Keanu Reeves and Jamie Clayton had their first meeting on the set of The Neon Demon, and the couple hasn't been able to get enough of each other. On July 16, 2015, witnesses spotted the couple at the Chateau Marmont and both of them seemed to had the best night out together. However, they didn't speak about it in public. Apart from that, there isn't any information about Clayton’s personal life and boyfriend.

Back in 2016, when Jamie twitted about Matt Bomer after Matt played as a transgender woman in a film. But the controversy took place when Matt blocked Jamie soon after she wrote about his role on Twitter,

«I really hope you both choose to do some actual good for the trans community one day.»