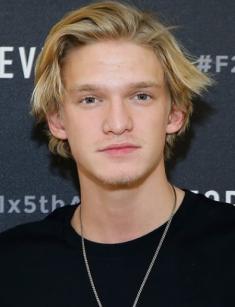 Cody Simpson is a popular singer, actor, and model from Australia, who pays attention to environmental issues through his songs and photos. The singer has had a music band but three years later he decided to pursue a career as a solo singer.

The famous singer was born on the Gold Coast, Queensland, Australia. As a kid, Cody was a boy with various talents, according to his parents. He wasn't the only child in the family; Cody has two younger siblings. Firstly, he showed great results as a swimmer, taking part in numerous sports competitions and winning gold medals. After getting an education at All Saints Anglican School, the young boy began to demonstrate his singing skills. In 2009, Cody started to perform and record his songs at home. He sang songs of famous artists and also composed compositions himself. Cody posted his videos on YouTube and was spotted by Shawn Campbell after they were spread all over the Internet.

The career of the singer started when he recorded his debut single, "iYiYi" in 2010. The blond amazed everybody with his voice and appealing appearance. His popularity started to rise. Cody moved to Los Angeles to record new songs. The singer took part in the Camplified 2010 Tour to promote his songs. He went on tour across the United Statesalong with other popular artists.

In December 2010, Cody was ready to issue his first EP, 4 U, which included five tracks. The singer went on tour and gave fantastic concerts, after which he became even more famous.

The second EP of the singer Coast to Coast was released in September 2011. The album became a hit and rapidly spread worldwide. After promoting his EP in tours, the singer hired Justin Bieber's manager, Scooter Braun. It was the best time of his career and he continued to conquer the scene.

In June 2012, Cody presented an EP titled Preview to Paradise containing four songs. Next year he made several tours in Europe. In 2013, the album Surfers Paradise was issued, which became Cody’s biggest hit.

In 2014, the singer was offered to participate in the 18th season of Dancing with the Stars. Cody agreed to take the part in the show along with professional dancer Witney Carson. He didn’t win the show but finished in 9th place.

In the summer of 2014, Cody spoke about his leaving from Warner/Atlantic. According to the singer, he made up this decision after he has had some misunderstanding with the company.

His album Free came out in July. To present his new work, he performed his first single "Flower" on Good Morning America in 2015. The track was warmly received by the audience, which meant that the singer has started a new period in his life.

The year 2015 is associated with a break from the long term solo career of Cody. After returning back to music, the singer formed a band with his close mate which they named Cody Simpson and the Tide. The musicians performed the songs from their hit EP, entitled Wave One in 2017, giving concerts in southern California. However, in 2019, the musicians split up.

Cody announced about focusing on his solo career again. In 2019, he released the song Golden Thing which he wrote for his girlfriend Miley Cyrus. The song became a real hit and collected over 1 million views. At present, the artist is going to release a full-length solo album.

The handsome singer tried himself in acting as well. In 2014, Cody debuted on TV in a sitcom Instant Mom. Next year, he appeared on the TV sitcom Cougar Town, in the role of a high school student. In the same year, Cody starred as himself in the movie One Crazy Cruise.

In 2018, Cody was given a theatrical role in the Broadway musical Anastasia. He has the leading role in the play.

The singer has a very attractive appearance and, no doubt, he has always been the girls' favorite. From 2013 to 2015, Cody dated the popular model Gigi Hadid. In the summer of 2018, there were rumors that the singer began dating Ali Lohan, however, it was nothing serious, and the two split up soon. In October 2019, the singer started to date Miley Cyrus.

Cody appears in numerous commercials and endorsements. He was a brand ambassador for a toy company. The singer also took part in the Teen Cancer America. Cody speaks a lot about the environment. On his social media, he encourages people to think more about nature and environmental problems.

On his Instagram account, the singer has over 3,8 million followers. The singer posts videos and photos depicting his musical rehearsals and singing performances. One of the latest top videos was one with his girlfriend Miley Cyrus when they showcased dressed as Billy Idol and his longtime flame Perri Lister for Halloween.

The net worth of the singer is estimated at $4.5 million. He has made his money as a singer, dancer, musician, songwriter, and an ambassador.