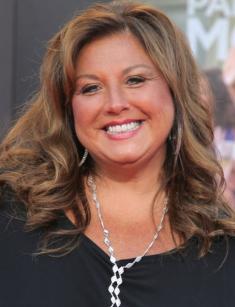 Born in Pittsburgh, Abigale Lee Miller has wide acclaim in the TV industry. She is the leading cast member of American reality TV series Dance Moms. She has been taught how to dance since she was a kid. Apart from being dance coach and choreographer, Abby successfully manages and owns a non-profit organization, devoted to educating young dancers. In 2017, she was serving a prison sentence for fraud in bankruptcy. In 2018, Abby found serious health problems, with which she is still struggling. She doesn’t have children and husband, but she has an estimated net worth of $2 million.

Abigale’s birthplace is Pittsburgh, but she grew up in Allegheny County. Her parents were 38 when they welcomed Abby on September 21, 1965. The girl has green eye color and was named after the most beautiful girl her dad ever dated.

As a kid, Abby got all sorts of lessons. She could become a professional ski instructor, a career girl scout, a roller derby girl, or an Olympic ice-skater. Her mother was a dancer and owned seven dance studios. Abby didn’t know who he wanted to be, but she never wanted to become a dancer or a dance teacher.

She watched her mother work, and at an early age understood that a profession of a performer was very hard work. The performer must be on all the time, her hair had to be done, her nails polished, and her body in peak condition. Young Abby wanted to be on the creative side and to be her own boss.

Despite that, Abby began to teach children to dance when she was 14 years old. As a teenager, she founded her own dance company, which hosted from 3,000 to 4,000 children. In 1995 Miller became the owner of the mother’s studio, where she began her coach career. Abby renamed it to Reign Dance Productions.

The fame came to Abby Miller on July 13, 2011, when she became the leading cast member of a new reality TV series on Lifetime. Dance Moms was released as a show followed the early training and careers of children in dance and show business under the tutelage of Abby Lee, as well as the interactions of the instructor and the dancers with their sometimes bickering mothers.

Initially, the show was filmed at the Abby Lee Dance Company (ALDC) studios. Her catchphrase was "Save your tears for the pillow," when she berated the young dancers of her award-winning "Elite Team." The eighth season of the show started in June 2019.

In 2013 and 2014 Abigale was a dance judge on several episodes of various reality TV series. She even took part in scoring week eight’s performances of Dancing with the Stars. But her criticism and critiquing style were not affectionately received by numerous DWTS pros.

In 2014 Abby showed her writing talent by publishing her own book Everything I Learned about Life, I Learned in Dance Class. It offered inspirational, tough love guidance for parents who wanted to help their children succeed and for readers of all ages striving to become the best they could be.

In March 2017, the Dance Moms' star announced her departure from the long-running reality series. Then Miller wrote on her Instagram:

“I will no longer take part in Dance Moms. For the past six years/seven seasons, I have asked, begged and even demanded creative credit for all the ideas, award-winning routines, themes and costuming to no avail. I just have a problem with being manipulated, disrespected, and used — day in and day out — by men who never took a dance lesson in their lives and tread women like dirt.”

Since 2011 Miller had helped a lot of children to become famous dancers, Maddie Ziegler was one of them. In July 2018, Abby returned for the eighth season of Dance Moms.

Miller filed for bankruptcy in December 2010, several months before the first episode of Dance Moms aired on Lifetime due to customers’ lack of interest in attending her Pittsburgh-based studio. Miller owed more than $400,000 after falling behind on real estate taxes.

In 2014 a teen dancer taught by Abby sued the notoriously aggressive instructor for assault. In a complaint, Paige Hyland alleged that Miller “intentionally engaged in conduct that caused Plaintiff Paige Hyland to reasonably believe that she was about to be touched or harmed offensively.”

Hyland also noted that she had panic attacks and suffered anxiety from appearing on the Lifetime network show about the competitive youth dance company. The dance student alleged in her lawsuit that she suffered emotional abuse and feared Miller would hurt her, citing Miller’s violent outbursts that included tossing a chair across a room in a fit of anger. However, all the charges against Abby were dropped.

In October 2015, Miller was indicted on 20 counts of fraud. She allegedly hid $755,000 worth of income from the US Government. She was convicted, and in May 2017, Abby was sentenced to serve 366 days in prison. Also, she had to pay all taxes owed and $160,000 in fines. That was a light sentence. Abby could have been sentenced to 5 years in prison with a $5 million fine.

Miller lost about 100 pounds in prison. Abigale was released from prison earlier for good behavior and health problems. In March she was transferred from a prison to a halfway house in California. On May 25, 2018, Miller was released from there.

Abby doesn’t have a family. Currently, she is single and has no children. In 2014 she was rumored to be engaged. Miller officially confirmed reports that she was preparing to take the marital plunge after posting the message "I do!!!" on Instagram alongside an image of herself posing with her boyfriend, Michael Padula. Later, it turned out that he was gay.

In April 2018, Abby was diagnosed with Burkitt lymphoma, which is a very aggressive form of non-Hodgkin’s lymphoma cancer. Abby was at halfway house at the time when she was on the verge of death after a spinal infection paralyzed her below the neck. Miller was transferred to the hospital over the weekend after complaining of neck pain.

Her condition quickly deteriorated over a 24-hour period, and doctors wanted to transfer her to another unit but feared that she wouldn’t survive the trip to another hospital. With her blood pressure plummeting, doctors performed a 5-hour surgery that removed parts of Miller’s vertebrae to help relieve pressure. Two days later, her condition worsened to the point that doctors feared she couldn’t move.

In 2018 Abby had several rounds of chemotherapy and two intense surgeries on her spine, which left her confined to a wheelchair. She was in physical therapy, but she was still re-learning how to walk. It was unclear how long she would continue to receive treatment, but the doctors tried to get Abby back to her normal life as much as possible.

On April 9, 2019, Abby was in attendance at her former dance student JoJo Siwa’s sweet 16 birthday party, and she looked thrilled to be supporting JoJo. Being in the midst of recovering, Miller appeared in good spirits as she rode her wheelchair down the pink carpet at the event. The dance instructor smiled big for photos and carried a present for JoJo on the lap.

On July 11, 2019, the instructor was at the Pittsburgh International Airport using American Airlines when she fell off her wheelchair. Following a tumbling accident at the Airline premises, Abby took to Instagram to criticize the company. She accused it of not having bothered about her and that nobody offered her help. Soon, the airlines apologized for the situation.

On July 22, 2019, news of Miller’s death appeared on Facebook. It spread quickly causing concern among fans across the world. However soon, the report was confirmed as a complete hoax. Fortunately, Abigale was well and alive. Rumors appeared after a ‘R.I.P. Abby Lee Miller’ Facebook page attracted million of likes. However, skeptical fans immediately found out the report was false, pointing out that the news had not been carried on any major American network.