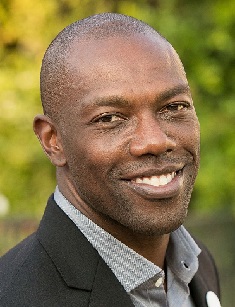 Terrell Eldorado Owens (mostly known by his initials, T.O.) is a former American football player who played on a wide receiver position in the National Football League (NFL) for 16 seasons. He ranks third in career receiving yards at 15,934 and third in receiving touchdowns at 153. Let’s know what else Owens managed to achieve in his sport career!

Terrell Eldorado Owens was born on December 7, 1973, in Alexander City, Alabama to the family of LC Russel and Marilyn Heard. As a child, he had to get through his parents’ divorce. As a result, Owens lived in a house with his mother and grandmother. He has three brothers.

Already at an early age, Terrell Owens liked sports (especially football) and had an idol - the footballer Jerry Rice.

Speaking about Owens’ education, he studied at Benjamin Russell High School. Besides academic success, he showed perfect results in several sports, including football, baseball, and basketball.

Later he entered the University of Tennessee and got the chance to take part in the 1995 NCAA Basketball Tournament. He also participated in the Senior Bowl in preparation for the NFL Draft.

As a sophomore college student, Terrell Owens was a starter with perfect stats. He caught 38 passes for 724 yards and eight touchdowns during his sophomore year. Being a junior, he made 34 passes for 357 yards and three touchdowns. Owens faced double coverage more frequently during his senior year and was limited to 43 receptions for 667 yards and one touchdown.

As a student, he also took part in the Senior Bowl.

In 1996 Terrell Owens applied for participation in the NFL Draft. San Francisco 49ers selected him. Having joined the franchise, Terrell played his first professional game against the New Orleans Saints.

The season 1997 was successful for the sportsman. Alongside quarterback Steve Young, Owens led the team to 13 winning games. The season was closed by Owens with 936 receiving yards and eight touchdowns.

2000 was also a bright spot in his career. The player ended the year with 1,451 receiving yards and thirteen touchdowns. One of the most memorable season’s matches is a game against the Chicago Bears when he took 20 catches for 283 yards.

In 2001 Owens led the franchise to a 12-4 record. The year was closed with 16 touchdown catches and 1,412 receiving yards. The next season, the 49ers got the NFC West title due to Owens.

In 2003 the San Francisco 49ers had difficult times. Their coach Steve Mariucci was fired. Generally, the team performed terrible in the season, and Terrell decided to quit. Shortly after he signed a contract with the Philadelphia Eagles.

His start with the franchise was great, and the player managed to get lots of fans only in several months. In December 2004, the sportsman suffered a broken leg and had to miss some months of games. Fortunately, he returned to the field sooner than expected.

In 2005 Terrell Owens had some heated disputes with his teammate Donovan McNabb. As a result, he got suspended for such extravagant behavior. In March 2006, Owens was released from the team.

Later Owens started playing for the Dallas Cowboys. His first match with the new franchise was against the Jacksonville Jaguars. The player recorded eight receptions for 80 yards and one touchdown in the game and led the Cowboys to victory.

He signed with the Dallas Cowboys and played his first match for them against the Jacksonville Jaguars. He scored eight receptions for 80 yards and one touchdown in the game and led the Cowboys to victory.

November 2007 was marked by new Owens’ victory – he made four touchdown catches playing against the Washington Redskins. Totally, the season was closed with 81 receptions, 15 touchdowns, and 1,355 receiving yards. The franchise finished 13-3.

In 2009 Terrell Owens left his team and signed a deal with the Buffalo Bills. He debuted for the franchise with two catches for 25 yards fighting against New England Patriots.

In 2010, Owens left for a new team - the Cincinnati Bengals. He played a terrific game against the Cleveland Browns with ten receptions, 222 yards and a touchdown of 78 yards.

In 2012 the sportsman performed for the Allen Wranglers. He fought in eight matches for them with 35 catches in 420 yards and was released from the team in May 2012.

Terrell Owens’ net worth is evaluated at $5 million. During his NFL career, the sportsman’s income was approximately $50 million.

In his life, Owens has had a long list of girlfriends, some of them reportedly were Kita Williams and Monique Jackson. He has four children - two daughters and two sons, by four different mothers who have never been his wives. In September 2011, Owens was accused by Melanie Paige Smith III, the mother of his daughter, for not paying child support, but the case was settled before trial. Owens insisted that the reason for the missed child support payments was due to his wages decreasing in the NFL, and Smith was aware of his circumstances.

In 2012 three of the four mothers to his kids accused Owens of either coming up short in his monthly child support payments or not paying at all. Owens said he was paying some $45,000 per month in child support at one time.

In 2018 Owens was mixed up with a scandal with Julio Jones who called him ‘a joker’.

Having stopped his NFL career, Owens didn’t have problems with employment. He decided to focus more on his clothing line which he launched in 2016.

At the beginning of 2019, he was invited to Laugh Out Loud Show by Kevin Hart.

Also, Terrell Owens is the only NFL player who has scored a receiving touchdown against all 32 NFL teams and also the only one to have scored a touchdown against all these teams. He was inducted into the Pro Football Hall of Fame in 2018 alongside Jerry Rice. Remarkably, an American sports journalist Jason Whitlock criticized Owens, saying he didn’t deserve this title.