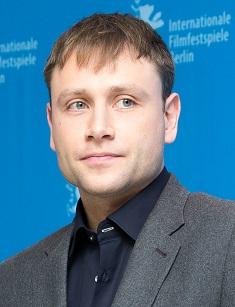 Born in Berlin, Max Riemelt became well-known German actor. He started his acting career at the age of 13 years old. Max received wide international recognition for playing Wolfgang Bogdanow in the Netflix series Sense8. Max also is working on many other TV movies and series, which are still in post-production. In 2016, he kissed his co-star, Brian J. Smith, at the Brazil festival. The incident led to rumors about him being gay. Max’s net worth is roughly estimated at $800,000, including all of his properties and earnings.

Max is the native of the East Berlin district of Mitte. He was born in a family of graphic designers, Judith and Gunnar. Max was the eldest son in a family. He grew up in the former German Democratic Republic (GDR) for the first six years of his life. He was interested in acting since his school days. Studying at high school, Max participated in various plays.

Max started his acting career in 1997, received several supporting roles in such TV projects, as Eine Familie zum Küssen and Praxis Bulöwbogen. Soon, he appeared in the ZDF Christmas series Zwei Allein, where he played the first leading role: the orphan Max Loser. The six-part series was mainly filmed during the 1998 summer holidays in Berlin and Hamburg.

By 2013 Max had appeared in a great number of various movies, but the year of 2013 became the year in which Riemelt finally emancipated himself from the image of the young actor. Especially with two productions, he consolidated the public image of himself as a character actor: with Free Fall and Blutgeld.

Free Fall was a small sensation at Berlin Film Festival when a gay love story about two German policemen gained buzz far beyond the usual special interest radar. Free Fall was quickly compared to Brokeback Mountain and later did extraordinarily well at the German box office – not bad for a movie that had “gay” written all over it.

In Free Fall, Marc struggled with keeping the relationship with his pregnant girlfriend, Katharina Schuttler portrayed as Battina Bischoff and managing the romantic affair he’s developed with a fellow police officer, Kay Engel played by Max Riemelt. The movie opened the festival in February and started in the cinema in May 2013. Stefan Lacant's drama became a political issue. For weeks the media had been discussing how to deal with same-sex love.

Hanno Koffler and Max Riemelt were celebrated as the dream couple of German cinema. The reporters portrayed a new generation of actors characterized by a "mixture of courage and melancholy". In autumn, Max Riemelt and Hanno Koffler were awarded the Mayor's Prize for their performance in Free Fall at the 3rd Günther Rohrbach Film Prize.

Soon, the TV premiere of drama Blutgeld had a similar mass impact. The movie with Max as an HIV-infected Ralf fighting against the pharmaceutical lobby triggers a broad public discussion about how to deal with the hemophiliac scandal, which had not yet been completely solved.

After one season playing the role of Wolfgang, Max said:

“Yeah, I'm really proud to be a part of LGBTQ movement, to be on that side – to be a Jedi and not on the dark side. To try and give people hope and the optimistic kind of perspective that the show represents. I'm happy that people can identify with these characters [regardless of whether] they're living in strange worlds or worlds that people don’t see themselves in. They accept it as something that comes across as very honest.

It's innovative in the way that we don’t have a moral code or an idea of how people should be together. It's more like a big menu where you can just pick whatever you like. It's easy for me in Berlin where everything's so open and liberal, but I think that’s an important message – that we are individuals, but we can be more open and honest with each other. I think everyone can identify with something in this show.”

Sense8, which followed a cluster of eight psychically-linked individuals around the world, was canceled in June 2017 after a two-season run. Fans were disappointed by such decision, as it was originally slated to run for five seasons. They immediately launched the petition to cancel the decision of the streaming service. It quickly circulated to bring the show back in its entirety, but couldn’t change the situation.

The only thing, for which the fans could hope, was Netflix’s release of a new trailer. Max provided the announcement on his Instagram with the following message: “Get ready for the final”. In June 2018 Netflix issued a two-hour series finale special for the sci-fi drama. Max also starred in the 2017 psychological horror thriller titled Berlin Syndrome. Later he appeared in several TV shows.

Sometimes the roles actors play in movies are often mistaken to be the reflection of their reality. Max is one of those actors whose sexual orientation has been under scrutiny. Many of his fans have said he is a gay hiding in the closet. Max has been portraying gay characters in movies, and this has set him on the spot for such rumors and controversies.

However, it’s normal for an actor to kiss a fellow actor on-screen, but when it goes beyond the screen, there could be more to it. Max Riemelt was spotted kissing his Sense8 co-star Brian J. Smith during a festival held in Brazil in 2016. After the festival, Brian, who previously told his fans that he is straight said the festival was for gay men, and they had to kiss in order to show respect to the LGBT community.

Once Max disclosed that he has a daughter with whom he lives in Berlin, Germany. However, he has not revealed any details regarding his daughter, her name, and who his baby mama is. It is not certain if the German actor is married or not. He might have been in different relationships in the past but have chosen to hide it from the media eye.