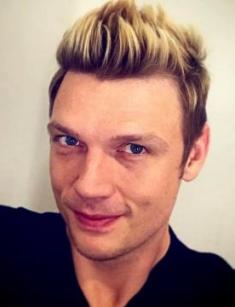 Forever young and cheerful, Nick Carter is known as the vocalist of the legendary 1990s boy band Backstreet Boys. The artist has also developed a great solo career; he is an actor, husband, father, and social activist, too. Despite life ordeals, Carter has always risen from the ashes. He has been included in top beautiful people several times.

Besides, the family owned the Yankee Rebel bar. Soon, little Nick and his family moved to Ruskin, Florida. The parents got hired as the administrators at the Garden Villa Retirement Home but divorced in 2003. Two years later, Nick’s father married for the second time.

Carter was interested in music and singing early. Following his mother’s will, he attended ballet and singing classes. At the age of ten, Nickolas succeeded at the auditions for Karl and DiMarco's School of Theatre and Dance. Soon, agents noticed the charismatic kid and invited him to participate in commercials.

As a fourth-grade student, Nick played the main character in the school performance based on Gaston Leroux’s popular novel The Phantom of the Opera. In 1990, ten-year-old Carter appeared in Tim Burton’s drama Edward Scissorhands starring Johnny Depp. Later, the young talent switched to homeschooling to have more time for his career.

Nick did not forget about his love of music; he began to perform covers on various hits. May 1992 brought the breakthrough. The future celebrity saw a newspaper ad: young people from 12 to 18 were wanted to participate in a new music group; he immediately decided to try himself.

Nick became the youngest group member; he met Howie Dorough and AJ McLean. At the same period, the boy was offered a $50 000 contract with Disney as he succeeded at the auditions for The Mickey Mouse Club. Nick chose music.

The debuting single was pretty popular in Orlando: local radio channels gladly broadcast it. However, Backstreet Boys remained unknown in the United States. Thus, the group’s manager offered them to go to Europe. It was the right decision: the artists’ career began to develop.

The boy band reached the peak of its popularity in the second half of the 1990s. By the beginning of the 21st century, they had presented four popular albums: Backstreet Boys (1996), Backstreet's Back (1997), Millennium (1999), and Back & Blue (2000). The musicians celebrated the eighth birthday of the group by the collection Greatest Hits: Chapter One.

The three-year break followed. Further on, Backstreet Boys announced the fifth album, Never Gone. The audience’s and critics’ response was cool because of the unusual pop-rock sounding in comparison with the previous dance motives. Two years later, Kevin Richardson left the band.

Soon, the quartet recorded Unbreakable that combined two genres and This Is Us that marked the return to pop. In 2011, Backstreet Boys announced the upcoming tour with New Kids on the Block that formed in the 1980s.

In 2012, the musicians welcomed back Kevin Richardson and presented the album In a World Like This by the 20th birthday of the group.

In January 2019, the boy band had the ninth album DNA released.

Nicholas did not limit himself with music. He played in the horrors The Hollow and Monster Island and participated in the reality show House of Carters with his siblings in October 2006.

The project gave the relatives the opportunity to gather together and made amends. The program included eight episodes and attracted millions of viewers.

Besides, Carter directed and played the main character in the short movie The Pendant (2010). Fans could see the actor in the youth series: 8 Simple Rules, Sabrina the Teenage Witch, and 90210.

Nick Carter’s personal life has been quite happy. He used to date many show-business beauties. As Backstreet Boys earned their fame, the musician dated the iconic Playboy model Willa Ford; they spent three years together. Further on, Carter dated Paris Hilton and Dalene Kurtis.

The artist settled up with the fitness expert and actress Lauren Kitt. The couple married on April 12, 2014; their son Odin Reign Carter was born two years later.

The artist was involved in a scandal in 2017: Melissa Schuman, Nick’s colleague in The Hollow, accused him of rape and sexual harassment.

As the artist confessed in one of his interviews, his alcohol and drug dependence deteriorated his health. In summer 2008, he was diagnosed with cardiomyopathy. The news frightened him and made the man quit taking substances.

Today, the singer continues to develop his career: he shows in music videos and records new songs. The man often posts pictures with his sons and selfies on Instagram; more than 1.2 million people follow him there.

Fans actively participate in discussions in comments and wonder what books the singer likes and how to repeat the musician’s hairdo.