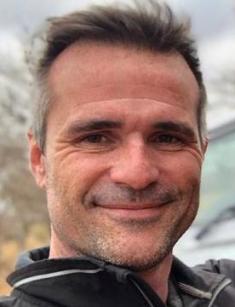 According to the Russian wild-animal tamers, Zapashny brothers, anyone can come into the lion's cage, but not everyone can get out of it after meeting the predators weighing 440.92 lbs. (200 kg). South African Kevin Richardson, known as "The Lion Whisperer," comes daily to the greedy lions and does it without weapons and whip. Photos of the zoologist embracing with the wild animals are very popular on the Internet.

Perhaps Kevin, who was born in a suburb of Johannesburg in 1974, was a lion in a past life. In any case, the boy became interested in wildlife at the age of 3, acquiring pets: crickets and a frog, although he did not get along with his relatives.

When Kevin's father, a pharmacist, passed away, the boy was 13 years old. This grief coincided with the awkward age and Richardson’s difficult nature, and the future zoopsychologist caused many problems to his mother, adult brother, and older twin sisters.

In his youth, Kevin went to college and studied zoology for two years, but became disappointed with the course, since it focused on the biology of one-celled animals, instead of mammals. Richardson became an exercise physiologist, deciding to turn his love for animals into a hobby.

However, at work, Kevin met the owner of the Lion Park, founded in 1966 to train animals, which allowed the young orthopedic assistant to care for two lion cubs, Napoleon and Tau. The results were stunning because Richardson became friends with the animals, bathed and slept with them. So, the hobby became Kevin's profession.

Now Richardson is the manager of the Kingdom of the White Lion, covering an area of 800 hectares, where wild animals are being prepared for filming in documentaries and commercials. An essential commercial line of the reserve is the communication of volunteers with the animals of Africa.

Kevin's work with predators is different from the classic training, it is not a carrot and stick approach, but the friendship of partners respecting each other. Animals do not live in cramped cages, but in their natural habitat, they hug Richardson and the visitors of the park and pose in front of the camera willingly because the zoopsychologist has cared for them since birth and knows their needs and instincts.

Besides lions, Kevin also worked with cheetahs, leopards, and hyenas, wrote books about wild animals, and made films, the most famous of them are Dangerous Companions and Part of the Pride: My Life Among the Big Cats of Africa. Richardson claims that his goal is to stop the extermination of predators, to achieve the safari hunting ban.

The activity of the zoopsychologist has been repeatedly criticized. Richardson's opponents argue that close contact of big cats with people eventually leads to the death or disability of the animals, and predators raised in sanctuaries are unable to return to a natural way of life. They also say that hugging lions does not help to increase the lion population, and the money paid by park visitors is put in the pockets of managers, but not in the Wildlife Fund.

There is little information about Richardson's personal life. Kevin's wife is Mandy, and the couple has two children: son Tyler (born in 2009) and daughter Jessica (born in July 2013). Mandy works as a marketer in the Kingdom of the White Lion, and the father teaches Tyler how to communicate with wild animals.

Like any tiger trainer, Richardson has a lot of scars. Lions perceive Kevin as a member of the pack and treat the zoopsychologist accordingly. Their rough tongues lick him; lions may bite or lean heavily with their massive bodies during the game. Roodelife magazine covered the life of The Lion Whisperer and the reserve in 2016.

In February 2018, a tragedy occurred in the Kingdom of the White Lion. Kevin took a lioness out for a walk in the reserve when she chased an impala and then attacked a 22-year-old tourist from the United States. Despite the efforts of paramedics, the woman died of blood loss and injuries caused by the animal.

The end of 2018 was marked by the shooting of two movies about predators. In October, the film Mia and the White Lion was released in the USA and Europe, and the trailer of the remake The Lion King will appear in the summer. Judging by Richardson’s Instagram, the zoologist regularly gives lectures about the importance to preserve the population of African lions.