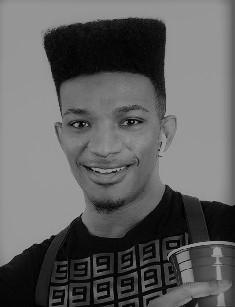 Charismatic YouTube streamer had thousands of followers; he quickly gained popularity and recognition among other YouTube celebrities. He made thrilling videos about Nintendo products sharing his opinion about its games and products. The blogger suffered a mental disorder and refused any assistance.

Being in the limelight, he felt uncomfortable, which led to worsening of his disease. Last two years the YouTuber suffered mental breakdowns, but his subscribers believed that he would recover till the end.

There is little information about the streamer as a kid. He is a son of Ghanaian lawyer and politician. He was born in Brooklyn, New York City. The blogger had an older past brother, Randy.

Before Etika became a YouTube sensation, he was a successful model. Besides, he tried himself in rapping. He was charismatic and attracted people thanks to his appearance and bright personality.

His career was both fascinating, complicated, and too short. In 2012 he started working on his blog, posting gaming and reaction streams. The blogger developed his channel with enthusiasm and gained wide popularity.

The content of his channel was Nintendo focused. One of his most popular videos is commemorative video in response to death of Satoru Iwata, who was the creator of Nintendo. He told about Nintendo news and updates, made numerous reaction videos. He was successful one of the most successful gaming personalities on YouTube.

As many other vloggers, Etika earned money through donations. In 2017 Desmond stated that he became a victim of fake donations – chargebacks, which lead to the blogger to hundreds of dollars in processing fees.

In 2019 his story took a devastating and forlorn turn, there are much inaccuracy and controversial facts about the last year of life of YouTuber.

Etika dated Alice Pika (Christine Cardona) who recalled that Desmond didn't admit his poor mental health. She said that their relationship wasn't comfortable. She was one of the people who tried to help him. Till the end, she stayed optimistic about his health.

People suspected that Etika suffered a mental breakdown when he deleted all videos on his channel and posted the extraordinary video – pornography, which was violated by YouTube policies. Many of his followers speculated that the blogger took part in the Alternative Reality Game. But his channel was banned, and his profile on Facebook was closed. Etika stated that this video was published in the result of a hack.

Besides he used homophobic slur and was banned from Twitch. That was a difficult time for him; the blogger wrote cryptic messages to social media. Desmond said that he shut up his channel due to financial issues.

Before the ban, he shared a message on Reddit, which was titled "It's my turn to die." His phrase spread panic among his fans. To allay fears among his subscribers Desmond had to confirm his well-being.

April 26 in 2019, the blogger tweeted about planning suicide. He bought a pistol in Long Island but was arrested and sent to a mental hospital. That time his ex-girlfriend supported him and posted information about his health. But the blogger continued to tweet anti-Semitic and homophobic messages and blocked his close friends. On April 29 he live-streamed himself getting detained about the police. Later this week he was arrested again. He gave an interview on the channel "Drama Alert" and called himself "antichrist."

On June 29 he posted "I'm sorry" video where he shared about his suicidal thought. He stated that he had mental health issues; the blogger had to struggle with the public attention. The blogger said that he hoped that his story would help to make YouTube a better place in the future where people would know boundaries and limits and how far things should go. YouTube deleted the original video, but his fans reposted this video to other platforms.

On June 24, 2019, official reported that the popular streamer was dead. The policemen affirmed that he committed suicide.