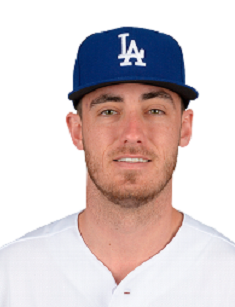 Cody Bellinger was born in Scottsdale, Arizona. His father, Clay Bellinger, is also a sportsman; he played in MLB. His mother, Jennifer Bellinger, works as a stylist in a women's fashion brand Cabi. His younger brother Clay has a baseball career; he was drafted by the San Diego Padres in the 2017 MLB Draft. Besides sports, Clay is a volunteer firefighter and a real estate businessman. Cody's sister, Ashli Bellinger, plays volleyball at Vanguard University.

Talking about Bellinger's education, he studied at Hamilton High School in Chandler, Arizona. During the studies, he played high school baseball.

From a young age, Cody was interested in sports activities. His favorite baseball team was the New York Yankees.

Bellinger's career started in 2007 when he played in Little League World Series for the Chandler, Arizona team.

Before Dodgers, Cody demonstrated first results in high school during the complete-game shutout with ten strikeouts in a national tournament. He was awarded a 2013 Rawlings-Perfect Game 2nd Team All-American title.

In the fourth round of the 2013 Major League Baseball draft, the player joined the Los Angeles Dodgers. Even though Billinger had some problems in making contact in his first pro season, he stood out for his hitting skills and showed a big potential as a player.

In 2014, Cody was promoted to the Ogden Raptors of the Pioneer League. The same year he suffered a shoulder injury. Despite the trauma, he was able to perform well, playing for the Raptors early in the summer of 2014.

In 2015, Bellinger showed excellent results with the Rancho Cucamonga Quakes.

In 2016, Cody was invited to Dodgers for spring training. After playing in 114 games for Tulsa, he earned a late-season promotion to the Triple-A Oklahoma City Dodgers. Bellinger was assigned to the Glendale Desert Dogs of the Arizona Fall League after the season and he participated in the Fall Stars Game of top prospects in the league.

The budding player began the 2017 season with Oklahoma City. On April 25, 2017, he was offered to join the majors.

The Dodgers had four players named to the National League team for the 2017 All-Star Game including Bellinger and a shortstop Corey Seager. On April 25, 2017, the player made his professional debut with the Arizona League Dodgers among the lefties in a game against San Franciso Giants. He later went on to set a record for most strikeouts in the single postseason with recording 29 strikeouts with 17 strikes that he made in the World Series. He was selected as the Sporting News NL Rookie of the Year 2017. The award that has been to bestowed to Baseball legends such as Willie Mays and Darryl Strawberry.

As of 2018, by his game stats, Cody has recorded such as batting average of .269 and scoring 43 runs in his MLB playing career so far. The 2018 season was irritating for Cody, as he had to spend postseason games on the bench because of his law baseball statistic against left-handed pitchers.

Bellinger had a hot start in 2019, demonstrating excellent results in his last 10 games. In April 2019, Bellinger defeated Josh Hader with a tie-breaking home run on a two-strike pitch. On April 26, he hit his 13th home run of the season and set a new MLB record with 88 total bases. He also passed Matt Kemp for the Dodgers record for most home runs in that span. In April, 2019, Cody earned his first Player of the Month award.

Cody Bellinger and Angels center fielder Mike Trout were elected as starters for the All-Star game, Major League Baseball. The young baseball star succeeded in winning the start as the right fielder for the National League in the 2019 All-Star game.

Speaking about the personal life of the baseball player, Cody was dating Melyssa Perez in 2017. The couple was seen together in the stadium, when Melyssa watched and cheered for his team. Analyzing their respective social media accounts, it doesn’t look like the two are a couple anymore.

The same year there were rumors about Bellinger’s new girlfriend, Becca Tilley. They had several joint photos on their social media accounts, but there was no information if they had serious relationships.

Cody Bellinger is active on social media. On his Instagram profile, the player has over 500,000 of followers, where he posts a lot about his sports achievements. He also uses Facebook and Twitter to share moments from his everyday life.

The baseball star's fans can buy bobbleheads of the sportsman which are for sale during the stadium giveaways. When the Dodgers released their 2019 promotional schedule, including 12 bobblehead games, and the name Cody Bellinger was on it, pre-sale tickets immediately sold out, which demonstrated high popularity of the player.

Cody is known to be good friends with Pittsburgh rookie shortstop Cole Tucker. During one of the matches, they vividly remembered the conversation that they had at Chase Field six years ago, dreaming about a chance at playing in the big leagues.

There is a sports tradition when with the start of each MLB season the players select new walk-up songs for their at-bats during home games. For the Los Angeles Dodgers, the most common music is a blend of classics and hit-singles that every baseball fan knows. Cody Bellinger was expected to choose something similar to it. However, surprisingly for everyone, the young star decided to take the song “Hotel California” by the Eagles.

There is no wonder that the player received many questions from people, wondering why his choice fell on the classic rock song. The player explained that he liked this composition while listening to it on the plane. The words and the melody stuck on his mind, and he offered his teammates to use this track.

The baseball player made several appearances on TV shows. He joined The Dan Patrick Show to talk about what it's like to chase down a .400 batting average. Patrick and Bellinger had a solid conversation about baseball in general.

The primary income of the player comes from his MLB career. As of 2019, Cody Bellinger has an estimated net worth around $2 million.