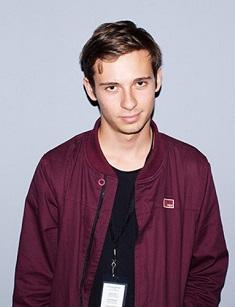 The Australian songwriter and music producer has a bright career, which brought him several prestigious awards and commercial success. Being 27-year-old-man, the DJ has world-wide popularity and recognition, though his career has just begun.

Harley rose in Sydney with his parents and a younger sister. His father is a moviemaker and producer, and his mother worked as a teacher. There is little information about his education. It is known that he attended high school and a college, but it is not confirmed whether the DJ has a degree. Since the early ages, the boy has a passion for music and devoted to producing music much time.

He also has been playing saxophone for many years. After graduating the school, the young man had no idea what to do and wasted half of the year. At last, he found the work in a news agency. Later he worked in Hard Rock Café.

He got his first musical experience as a producer when Harley was thirteen. One of the most important events for his career became participation in a music competition. He won the contest and released the track "Sleepless."

His debut album was highly successful and got critical and commercial success. His second album brought him Grammy. The DJ draws inspiration in different spheres of life and various music styles, especially in house and U.K. garage. He succeeded in creating his style combining melodic bass and hard style.

His discography doesn't include numerous albums, but all of them have brought him massive commercial and critical success, thanks to it the DJ has gained a good fortune. His net worth is estimated at more than $12 million. His best songs are "Bon Iver," "Never Be Like You," "Some Minds," and others.

There is little information about his personal life. The DJ stays single. Rumors have it that the musician had a love affair with Kelly Oxford. In 2019 he has a relationship with the actress Paige Elkington.

In 2019, on the third of September Flume performed on the famous festival "Burning Man." His performance became popular not only for his music but also for his sex act performed right on the stage. The video, where the DJ was making anilingus on his girlfriend during his performance was published on Instagram. Though the video had been deleted soon, it was shared and circulated on social networks.