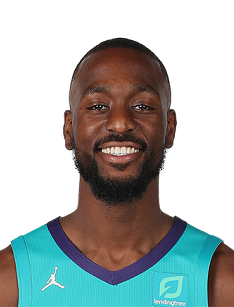 Kemba Walker is an American professional basketball player who is best known as the point guard performing for Charlotte Bobcats of National Basketball Association (NBA). Read below about Kemba Walker’s sports career!

Kemba Hudley Walker was born on May 8, 1990 in Bronx, New York to Andrea and Paul Walker. He was raised in a low-income family, and his parents had to work extra hours to earn a living. Walker has three siblings. His mother is a Crucian, raised in Antigua of Antiguan parentage, and his father is Antiguan. Kemba has two brothers Akil and Keya and one sister Sharifa

As a high school junior, he fought against Simeon Career Academy and senior guard Derrick Rose in Madison Square Garden in a 53–51 win. The next year, Walker's average results were 18.2 points and 5.3 assists per game – due to it, the player was included in McDonald's All-American Team.

Due to Kemba's perfect stats, he got 5th place in the list of best point guards in the nation in 2008.

Having graduated from school, Walker entered The University of Connecticut (UConn). There he joined its students' basketball team and trained under the head coach Brad Stevens. In the first year, he took part in every match and was named to the Big East All-Rookie Team.

As for 2009-2010 season, his sophomore year, the sportsman averaged 14.6 points per game. Due to him, Connecticut earned a four seed in 2010 National Invitation Tournament.

Being a junior, Kemba Walker came to national recognition. His average results were 26.7 points, 5 rebounds and 3.8 assists per game. As a result of his popularity, he was invited to appear on one of the six regional covers Sports Illustrated.

Walker's team took part in the 2011 Big East Tournament, where he helped it win. Walker scored 130 points in five games.

The same year, Walker was named a first-team All-American.

Kemba Walker dropped out of college to build professional basketball career. In 2011 he took part in the NBA draft where was selected by the Charlotte Bobcats. They signed a multi-year contract.

On December 11, 2011, he signed the rookie scale deal with the Bobcats. The team's player point guard D. J. Augustin got injured, and Walker replaced him. On January 28, 2012, fighting against the Washington Wizards, the sportsman recorded his first triple-double of 20 points, 11 assists, and ten rebounds. The same year, he took part in the Rising Stars Challenge during All-Star Weekend.

On January 21, 2013, having faced the Houston Rockets (led by Clint Capela), he showed career-high 35 points.

The same year, the player was selected with teammate Michael Kidd -Gilchrist to the 2013 Rising Stars Challenge where he recorded 8 points.

Totally, Kemba Walker closed the season with averages of 17.7 points, 5.7 assists, 3.5 rebounds, and 2 steals a game.

On December 9, 2013, the Charlotte Bobcats faced and defeated the Golden State Warriors – Walker's results during the match were 31 points. The game's score was 115-111. Ten days later, Walker hit a buzzer-beating jump shot over Jonas Valančiūnas in overtime and helped the team win the Toronto Raptors. Totally, he scored 26 points and five rebounds that night. On February 19, 2014, playing against the Detroit Pistons, Kemba made 24 points, 5 rebounds and a career-high 16 assists – it was a 116-98 win. April brought the sportsman his second career triple-double of 13 points, 10 assists, and 10 rebounds – he scored it in a winning match against the Orlando Magic.

Walker's team advanced to the Eastern Conference Playoffs. He brought the franchise high 29 points, 5 assists, 5 rebounds, 3 blocks, and 2 steals. However, the franchise was defeated by the Heat.

On October 29, the Hornets fought against the Milwaukee Bucks. He made 26 points, 5 assists and 6 rebounds in a game. The following day, the sportsman signed a four-year, $48 million contract extension with the Hornets. On December 27, in an unsuccessful match against the Orlando Magic, he recorded high 42 points setting a franchise record for most points scored in half in Charlotte Hornets franchise history. On January 3, the sportsman made 30 points – totally, he had scored 4,160 points in his career by the time.

In January 2015, Kemba Walker got injured and had to miss six weeks of playing. He underwent surgery to repair a torn lateral meniscus in his left knee. He came back to games on March 11 after missing 18 matches.

On November 4, 2016, Walker's franchise fought against the Brooklyn Nets – it was a winning match where the sportsman scored 30 points. In a match against the Miami Heat which was held on December 29, Kemba Walker succeeded to make 22 points – so, he recorded his 7,000th point with the Charlotte franchise.

On November 1, 2017, the Hornets defeated the Milwaukee Bucks – Kemba Walker made 26 points. On November 17, he showed 47 points, but his team was defeated by the Chicago Bulls. The match against the Orlando Magic held on December 4 brought the sportsman 29 points and 14 free throw attempts.

In the lost match to the Dallas Mavericks, Kemba made 41 points on 16-of-28 shooting – it happened on January 10, 2018. Five days later, the sportsman recorded 20 points – it was a 118–107 win over the Detroit Pistons. January 31 was marked by the Hornets' victory over the Atlanta Hawks – then Kemba Walker showed 38 points.

At the end of the season, Walker set a new franchise record with 44th consecutive made free throw.

Walker led the team to a win over the Boston Celtics in November 2018 with a 43-point performance, just days after pouring in 60 in a narrow loss against the 76ers.

In season 2018-2019, Walker averaged a career-high 25.6 points per game for the Hornets. Having closed the season, he moved to free agency.

On June 30, 2019, the sportsman signed highly-expected 4-year, $141 million contract with the Boston Celtics. The news was on highlights of every sports media.

His salary will be $35.25 million a season. However, without the details of the contract, it's unknown if he will make that much only in this season, or if the salary will increase each year.

According to Basketball-Reference.com, Walker’s net worth is evaluated at $38 million.

Kemba Walker prefers to keep his personal life in secret. However, he failed to hid some facts of his personal life from the public eye. So, the sportsman has a girlfriend who is rumored to became his wife pretty soon - Ashtyn Montgomery. However, there is no information when they started dating. In an interview, Walker shared Ashtyn has always supported him and encouraged for victories.

Besides basketball, Kemba Walker is also keen on dancing. He performed three times at the Apollo Theater for the TV show Showtime at the Apollo.

Moreover, he has tried out making music. On June 21, 2011, Walker released a mixtape in collaboration with DJ Skee and Skee Sports. The mixtape features songs inspired by and inspiring to Walker.

In 2011, Walker signed a multi-year sponsorship deal with Under Armour. In 2015, Walker signed an endorsement contract with Jordan Brand (established by Michael Jordan), a subsidiary of Nike.

Famous American singer Cardi B has released the song ‘Drip’ – there is a line about Walker: