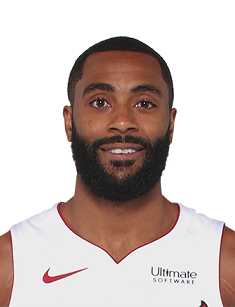 Born in Wynnewood, Wayne Ellington started a basketball career in NBA in 2009, as a rookie of Minnesota Timberwolves. He was an NCAA champion and MOP, drafted after three seasons in college. Ellington was playing for eight NBA clubs, such as Timberwolves, Grizzlies, Cavaliers, Mavericks, Lakers, Nets, Heat, and Pistons.

The season 2019-20 he will start in New York Knicks. He is a right-handed shooting guard. Also, Wayne is a married man. His wife is Safie Khaled. They have a child. Wayne has a net worth of $10 million, including all of his properties and earnings. So far, he has earned over $32 million from his NBA career.

Wayne is from Wynnewood, state of Pennsylvania. He was born there on November 29, 1987. His parents had African roots.

From an early age, Wayne was interested in basketball. He loved to spend free time with his friends, playing basketball on courts. Attended a high school, he continued improving his playing skills.

Ellington starred basketball career at the University of North Carolina where he became the Most Outstanding Player of 2009 Final Four after leading UNC to the NCAA Championship. During that run to the championship, Ellington set the Final Four record for highest 3-point field goal percentage by going 8-for-10 from beyond the arc.

In 2009 Wayne got the 28th number on the Draft. He was selected by Timberwolves and signed a two-year contract on $2 million with them. In his debut NBA season Wayne spent 76 games, playing about 18 minutes per game. He scored only 2.5 points on average. In two next seasons, he couldn’t improve the situation, scoring the same points, and playing the same time on average.

However Wayne spent only 62 games in the 2010-11 season, and 51 matches in his last year with Timberwolves. His trade to Memphis Grizzlies in summer 2012 didn’t surprise anyone, as he couldn’t prove his importance to head coach.

Grizzlies General Manager Chris Wallace announced on July 24, 2012, that the Grizzlies acquired Ellington from the Timberwolves in exchange for forward Dante Cunningham. Wayne started his Memphis’s period of NBA career much better than it was in Minnesota.

In November he was the leading marksman, who was 7-for-11 from long range and finished with a career- and game-high 25 points, his then-career-high. Grizzlies beat Miami with LeBron James and Dwyane Wade.

After the game, Wayne said:

"Last time I felt like that was in college. It's been a while, so it felt good to be back in that zone. I'm starting to get a lot more comfortable. Everybody's in it for one reason. We have the same goal. We're all just out here grinding and working every day. We're taking in game by game to get wins."

Moving to Cavaliers, Wayne understood that club didn’t place great hopes on him and took him only for the depth of the composition. He made 38 appearances, and in summer Cleveland declined $3.1 million qualifying offer. Ellington became an unrestricted free agent. Soon Cavaliers renounced their free-agent exception rights.

Wayne signed a two-year $5.4 million contract with Dallas. He spent 45 games, playing 8 minutes per game. In summer 2014 Wayne was traded to Knicks. Soon he was sent to Sacramento, by which he was waived in a month. In September Ellington was managed to find a club and joined the LA Lakers shortly before training camp, and made the roster with a non-guaranteed contract.

In November Wayne’s father died. He was shot in the head by an unknown assailant while driving a 2001 Oldsmobile that then struck two parked cars on the street. Ellington found out about death while walking to his car after the Lakers' victory over Charlotte. In a brief statement, Wayne reported that he and his family were devastated by the news and that he appreciated everyone's support while also asking for privacy. Ellington left the club for an indefinite time.

Wayne returned ten days later. Soon he made his career-high 28 points. Wayne was injured in the fourth quarter of the game against the New Orleans Pelicans on April 2, 2015. It was his last game for Lakers. An MRI exam confirmed a grade one shoulder separation, and Ellington missed the remainder of the season.

After the recovery the Wynnewood native joined Brooklyn Nets, signing a two-year $3.07 million contract. Nets General Manager said that Wayne was a proven shooter who was able to give them added depth on the wing. Two months later Ellington tied a career-best with seven 3-pointers – done twice then, both against Miami, according to basketball reference – on his way to scoring 26 points. On June 30, 2016, Ellington declined $1.5 million option with Brooklyn for the 2016-17 season and became an unrestricted free agent.

Wayne signed his largest contract with Miami. The two-year contract promised him $12.2 million. Wayne scored 28 points in a game against his former club Mavericks.

Ellington became the third player in the history Heat, who made more than 200 3-pointers in one season. His worthy stats allowed Wayne to expand his agreement with Heat in 2018. He got into highlights of the game week several times before was traded to Phoenix Suns in winter 2019. He was waived by them the next day.

Ellington joined Pistons in February 2019 and spent there a half a year. He appeared in 28 games.

On July 1, 2019, Wayne signed with Knicks. If you recall, he already had a cup of tea as a Knick, coming over when Tyson Chandler was traded away in 2014. However, he was almost immediately moved and never actually played a game in New York.

Wayne got a two-year $16 million contract, including $16 million guaranteed, and an annual average salary of $8 million. In 2019-20, Ellington will earn a base salary of $7.8 million while carrying a cap hit and a dead cap value of the same amount.

Wayne was romantically involved with Amanda Altschuler in 2009. Currently, Wayne is married to his longtime girlfriend Safie Khaled. They welcomed a child in March 2017. Ellington’s best friend is Gerald Henderson.

They were always there for each other in significant moments of their lives: high school successes, being recruited to collegiate powerhouses Duke and North Carolina, becoming first-round NBA draft picks. They have proven whether they are in the same city or opposite sides of the country, wearing the same uniform or on opposing teams, the relationship they established in high school is strong enough that they can't be kept apart.